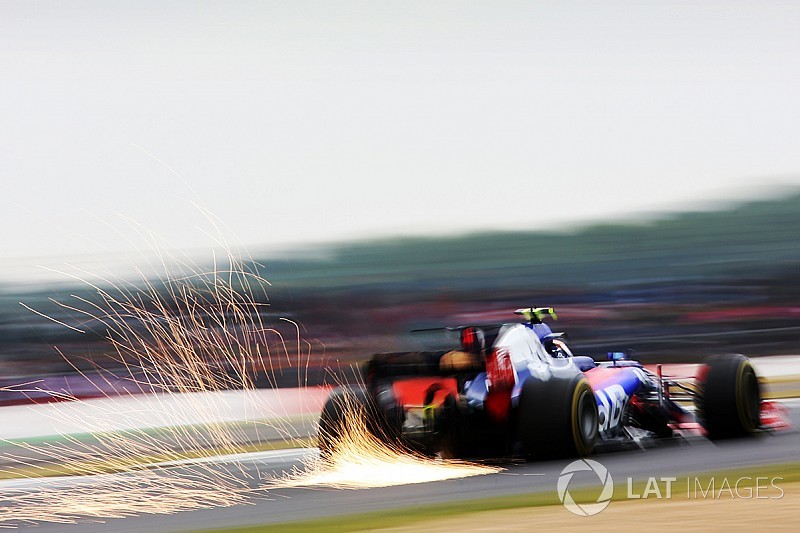 Formula 1 drivers will face the challenge of taking Silverstone's first corners with their DRS open, thanks to an extra zone being added for the British Grand Prix.

With the FIA continuing its push to try to improve overtaking opportunities, a third DRS zone will be added along the start-finish straight at Silverstone this weekend.

Its location is especially intriguing because, with the first Abbey right-hander and the following Farm left hander both being flat out on low fuel, it means drivers will have the option of keeping their DRS open through the turns.

Such a scenario could make things more on the edge for drivers because it will mean less downforce at the rear and therefore more risk of the back of the car getting out of shape.

F1 race director Charlie Whiting said: "It's not a big zone, but the interesting thing is that they could use it open through Turn One if they wanted to.

"Once they activate it after Turn 18, on the exit of the last corner, it only closes when they either brake or back off. They could potentially go through Turns One and Two with it open. Let's see."

It is the first time that such a scenario for DRS has played out in this way with drivers having the option to take a high speed corner with the rear wing open.

Back in 2011, the FIA banned use of the DRS through the Monaco tunnel because of the risk factor associated with the lack of downforce at the rear if the wings were kept open.

Reflecting on the Austrian GP weekend, Whiting believed the addition of a third DRS zone between Turns 1 and 3 had proved to be a success.

This came after a number of drivers voiced fears of a 'Mario Kart' scenario where overtaking could be too easy.

"I think it helped a bit actually," said Whiting. "It certainly helped in F2. But I believe it gave them a better chance of overtaking. You quite often saw cars were getting closer than they would have done into Turn 3.

"Then we would often see overtakes into Turn 4, wouldn't you? So I thought it worked quite well. It didn't make it too easy which some drivers thought it might."