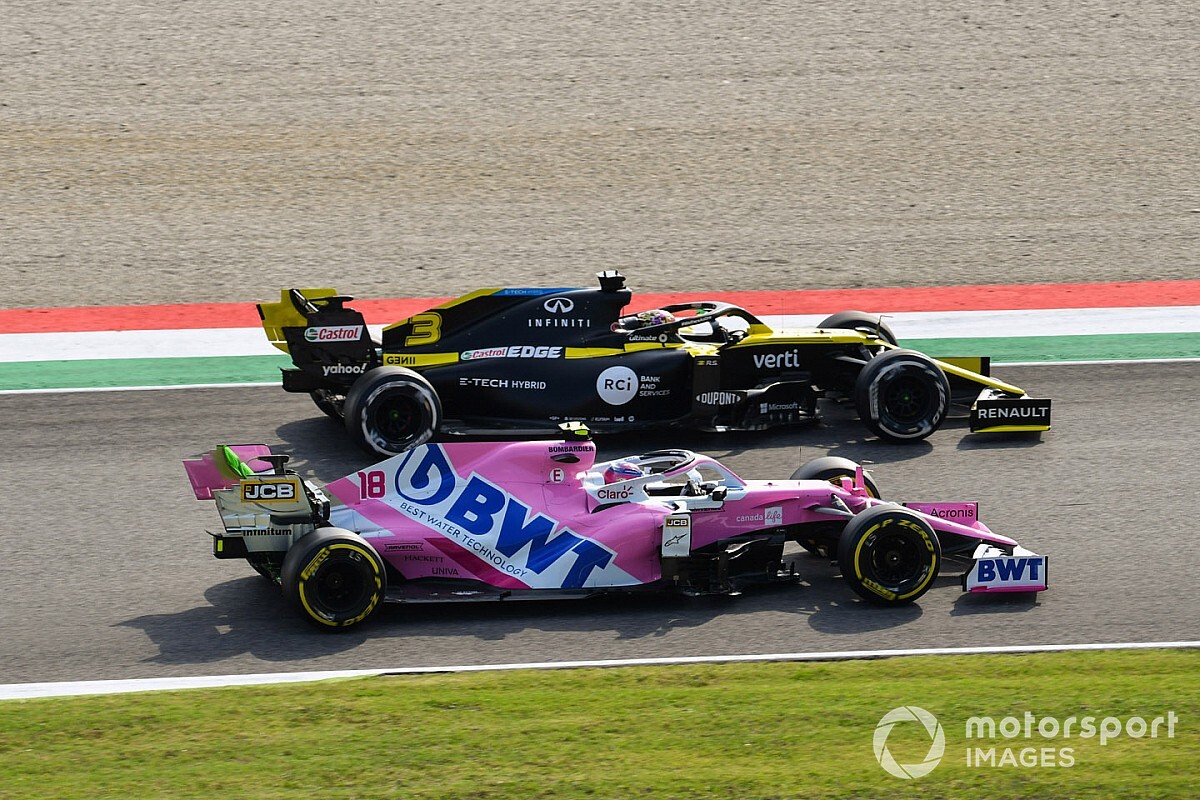 Formula 1 drivers are hopeful that the Tuscan Grand Prix will not be as ‘dull’ as originally feared ahead of the Mugello weekend.

The high-speed nature of the Italian circuit, with its twisty sections not offering many obvious overtaking opportunities, prompted concerns that the race could be a procession.

However, spectacular action in the F3 and F2 races at the Tuscan venue, allied to what the F1 drivers have experienced so far, has lifted hopes of some good action.

Renault driver Daniel Ricciardo reckoned the combination of a powerful DRS – which could be aided by a slight headwind in to Turn 1 – plus the ability to run different lines through key corners, has changed perceptions.

“I'm a little more hopeful now of what's to come,” said the Australian. “The DRS seems solid and I think because there's a lot of high speed corners, especially towards the end of the lap, like Turn 12/Turn 15, they are very long corners and it looks like you can stay on the inside or go up wide. There's a few different lines.

“I think that'll help us get out of the dirty air and maybe be able to follow later in the lap to catch the DRS. So long story short, I don't want to get too excited, but I think it might not be as dull as we expected. So that'll be good news.”

Lewis Hamilton echoed Ricciardo’s view that the nature of the corners appeared to offer different options, and a growing likelihood of high tyre degradation forcing teams to two stop could mean a more aggressive push.

“Maybe tyre temps, track temp might mean there’s more degradation maybe," said the pole sitter. "The corners are very long and you can take multiple lines, which I like.

Valtteri Bottas, who starts alongside Hamilton on the front row, said the situation appeared to be very different from how drivers and teams felt it would play out before they arrived.

“Coming into the weekend we thought it was going to be nearly impossible but what we experienced in the practice session, actually the track is so wide and there are so many different lines you can take in the corners so you can avoid the [dirty air] in the corner. I really hope so.

“There’s a long run into Turn 1 and I hope the headwind stays for the race start because that would be a nice benefit.”

Italian GP winner Pierre Gasly said that the race could be brought alive if the tyre degradation proves to be as high as experienced in practice.

“I think the tyre degradation is going to be a real pain, especially with the hotter track temperature on such a track where you have a lot of combined high speed corners and you put a lot of energy into the tyre,” he said.

“I think that will be the key. I really hope we have more overtaking than we thought, because coming here, we were sure at the start of the weekend that qualifying was a very, very important one.

“But looking at the other categories, it doesn't seem impossible to come back. So now I think it looks a bit more exciting than we had anticipated.”