F1 drivers back penalties for triggering flags in qualifying

Formula 1 drivers have backed a potential FIA initiative to penalise those who trigger red or yellow flags in qualifying, ruining the laps of rivals.

The issue became a talking point in Azerbaijan last weekend after Fernando Alonso went down an escape road towards the end of Q1, bringing out a yellow flag and spoiling the laps of anyone behind who might have had a chance of beating him.

Alex Albon, who was immediately behind the Alpine driver, made it clear that he thought Alonso had gone off track in a deliberate effort to frustrate his rivals.

The issue of drivers playing such games, especially at street tracks, made the headlines at the 2006 Monaco GP.

On that occasion Michael Schumacher was excluded from qualifying after the stewards determined that he had deliberately stopped on track at Rascasse, effectively ending the session early and securing pole position.

A similar incident occurred at the same venue in 2014, when Nico Rosberg went down the Mirabeau escape road, thwarting the final effort of teammate Lewis Hamilton. The German survived an investigation without sanction.

After qualifying for this year's race, Max Verstappen suggested that penalties should be imposed to those causing red flags after losing his final Q3 lap to someone else's accident for a second year in a row.

Although there was no official documentation associated with their enquiry, it's understood that the FIA stewards conducted an informal investigation of the Alonso incident last weekend, with the Spaniard and Alpine sporting director Alan Permane seen leaving Baku race control on Sunday morning. Team boss Otmar Szafnauer also paid a visit.

Although the stewards took no action, their suspicions were alerted sufficiently to trigger a discussion about a possible solution to the problem.

The F1 Sporting Regulations already contain an article that can be applied to anyone taking an escape road or going onto a run-off area, and which reads: "Drivers must make every reasonable effort to use the track at all times and may not leave the track without a justifiable reason."

Appendix L of the FIA's International Sporting Code, which applies to driving conduct, contains a similar clause: "Drivers must use the track at all times and may not leave the track without a justifiable reason."

The stewards have the discretion to delete any or all lap times if a driver is deemed to have committed an offence that falls within that description.

If it is agreed between the FIA stewards and the F1 race directors that such a course would stop, the sort of manoeuvre that Alonso was suspected of drivers could be warned of potential sanctions as early as the Canadian GP, either in the race director's event notes or in the regular Friday briefing.

Awarding penalties for an actual accident that ends a session early, like those involving Charles Leclerc in Monaco in 2021 and Sergio Perez this year, would probably require a further discussion.

Asked by Motorsport.com about the FIA potentially clamping down on controversial flag situations in qualifying, Alonso said he would support the idea. 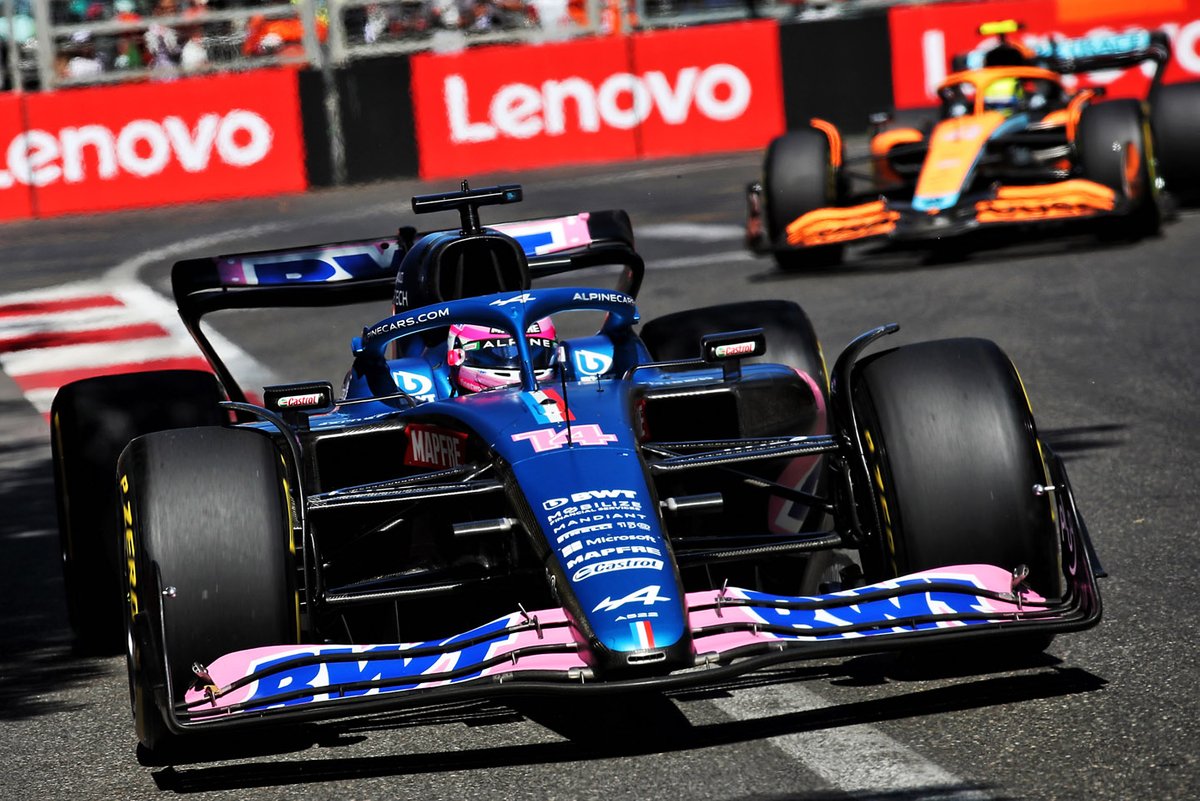 "Yeah, I think so," he said. "There's going to be always difficulties, like now in the [Baku] race, if you crash in one corner or if you park - there was one Haas [Kevin Magnussen] parked in Turn 15.

"If you park there or you park 10 metres after that, maybe you have a safety car deployment, depending if you take a good position or not. And then we will penalise the Haas driver because he chose the wrong thing?

"So we need to be careful on how we enter and how we do those things. But yeah, I agree. Especially qualifying it should be different.

"We are dealing with problems of slow laps, minimum time to respect, traffic in the last corner, tows, no tows. So I think we should be clever and think in another format in qualifying."

Lando Norris, who was himself involved in a flag incident in Baku, also supported the idea.

"Yeah, of course," he said when asked by Motorsport.com if he agreed with a possible clampdown. "I think I was one of the guys who caused the yellow yesterday, but just to get out of the way of Seb [Vettel].

"I think there's a difference between people doing it by accident, and people doing it to get out of the way of people by not causing blue flags and whatever when you're in qualifying, versus people who quite obviously do it on purpose. Especially when you're one and a half seconds down on a push lap!

"You always say it until you're the one that does something wrong. And then you're like, Oh, I wish that rule wasn't introduced, because you've just made a simple mistake, like when I spun in Imola.

"I guess I say I wish there's no rule but obviously when someone else does it you say you wish there was a rule. It always bites someone at some point. Of course. the people who are more vocal about it are the ones who just haven't made a mistake just yet."

Norris's teammate Daniel Ricciardo also agreed that a clampdown would be a positive move.

"It's tough because they'll every incident will probably be a little bit different," said the Australian.

"But unless you've frickin' totalled your car, if it's just like a little lock-up or an escape road or something, then I feel like if you've caused something then maybe we should look into being penalised or something for it. Maybe a deleted time could be could be a good way of looking at it."

Asked about Alonso's claim of innocence after the Q1 incident in Baku, Ricciardo added: "His conviction is impressive! I mean that's the experience. That's why I love him. But I mean, obviously Alex spoke it about yesterday.

"We all know, we're all kind of playing tricks, and I know Lewis tried to not give us the DRS I think, with Lando. I mean, that's a bit of just tactics and strategy. But then there's kind of the other way of obviously what Fernando did. Maybe deleted laps could be the way forward, we'll see."

"I think so, because in Monaco and Baku I've been suffering for that in qualifying," he said. "And, yeah, probably people would take more care if they get penalised, and it would be less easy to take a risk and just go down the escape road. I would definitely be in favour of changing that for the street circuits."

Hamilton wouldn’t miss Canada "for the world" despite back struggles