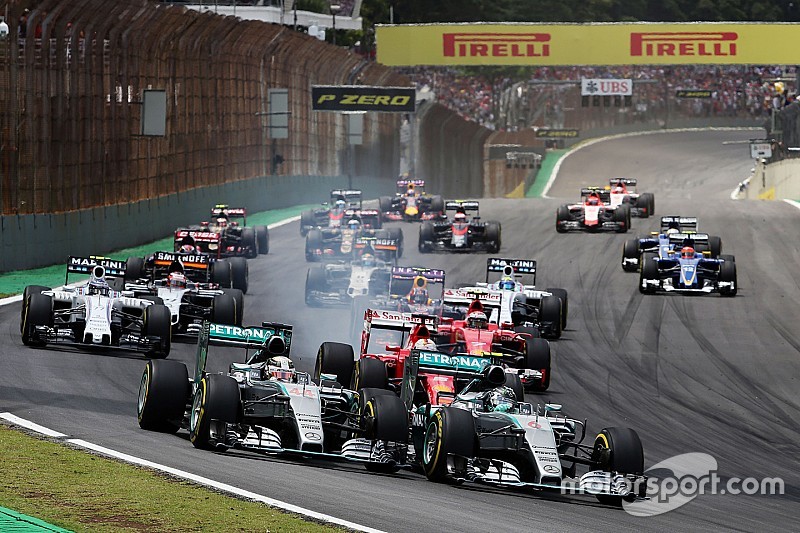 The FIA has confirmed that plans for an alternative 'client' engine for 2017 did not gain approval from the Formula 1 Commission yesterday, as had been expected.

Given that a majority was required, it was always likely that the votes of the teams would go against the alternative plan, which is being championed by the FIA and Bernie Ecclestone.

Instead, the manufacturers have agreed to address the key issues that the alternative engine was aimed at.

They have to submit a proposal by January 15, with the first meetings on the subject taking place in Abu Dhabi this week.

Significantly, manufacturers will have to supply a minimum number of teams, if required.

Regarding the alternative engine, the FIA noted: "The meetings acknowledged the four credible Expressions of Interest made for the manufacture and supply of a less expensive alternative customer engine.

"The F1 Commission voted not to pursue this option at this stage – however, it may be reassessed after the Power Unit manufacturers have presented their proposal to the Strategy Group."

The new proposal will seek to address the issues that the alternative engine was aimed at, most importantly cost and guaranteed supply.

It could be argued that such an outcome is exactly what Jean Todt and Ecclestone wanted in the first place and that the threat of the alternative has in effect done its job.

The FIA note added: "The parties involved have agreed on a course to address several key areas relating to Power Unit supply in Formula One. These areas are:

"The manufacturers, in conjunction with the FIA, will present a proposal by 15 January 2016 that will seek to provide solutions to the above concerns.

"The proposal will include the establishment of a minimum number of teams that a manufacturer must supply, ensuring that all teams will have access to a Power Unit.

"Measures will also be put forward to reduce the cost of the supply of hybrid Power Units for customer teams, as well as improving their noise.

"All stakeholders agreed that the developments will aim for the 2017 season at the earliest, and 2018 at the latest.

"The first meeting between the FIA and the Power Unit manufacturers on this topic will be held this week at the Abu Dhabi Grand Prix."