Formula 1 chiefs admit Saudi Arabia's work on finishing its Jeddah Corniche circuit will go "down to the wire", but remain confident enough essential components will be ready for the race to go ahead.

Reports suggest that the facility is still far from finished ahead of its inaugural race on December 5.

F1 race director Michael Masi, who has to formally sign off the track as being fit for use, will pay a visit on Tuesday to assess progress at first hand.

F1 sporting director Steve Nielsen, who plays a key role in approving the facilities at new venues and helping promoters to meet F1 standards, is also confident that it will be ready, but admitted organisers are "up against it".

"It's an ambitious project, it will be a great facility," he told Motorsport.com. "They're up against it, they are. But they're literally working 24/7 as they have been for quite a long time now. I saw some more photos this morning, and they've made huge progress. But still a lot to do. 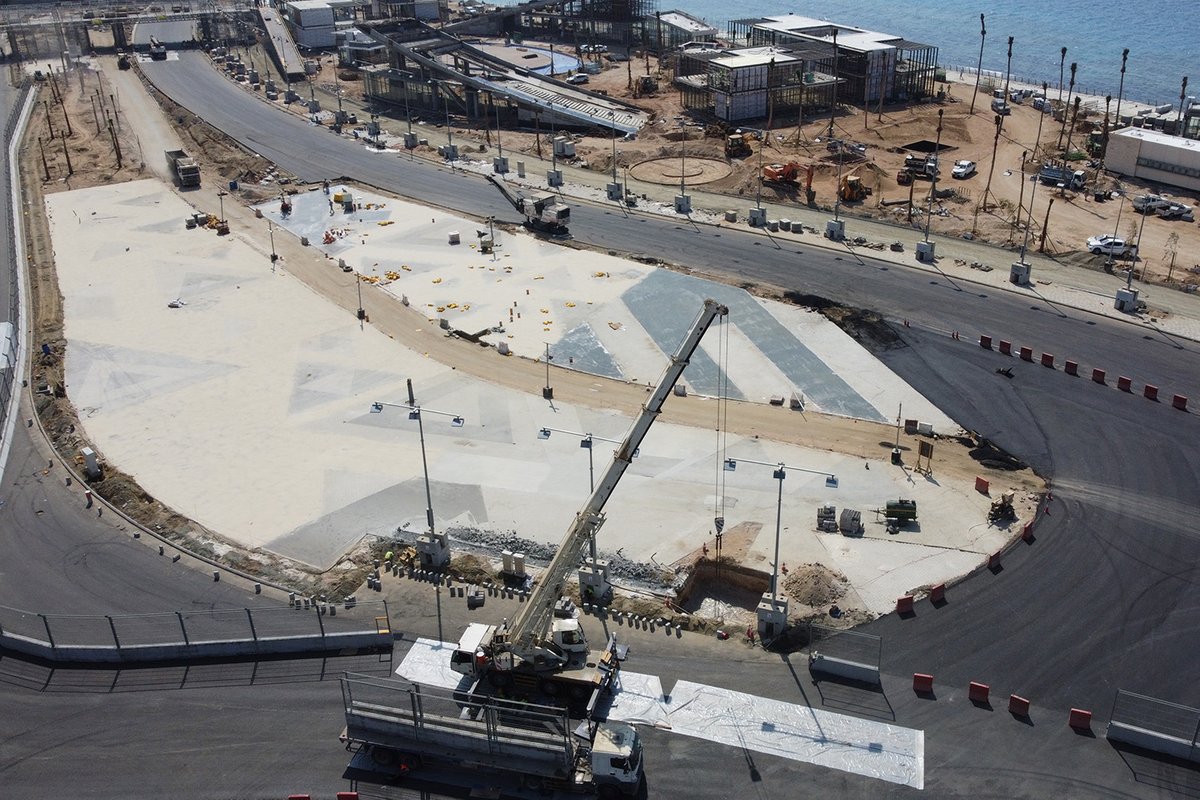 Masi flew straight to Doha after Sunday's Brazilian GP, and the Australian is making a quick trip to Jeddah from there before the action kicks off in Qatar next weekend.

"As I said last week, I'm confident that it will be ready," he said. "The fact that it's a three-hour flight it became quite convenient just to go there and have a look."

Masi acknowledged that the original schedule for the building of the venue involved a late finish.

"It was always going to be very close. There's no doubt about that. Everything that I've seen, the progress day-on-day and week-on[week has been amazing since I was there last, and looking forward to having a look on Tuesday."

"I think that we are confident with a promoter that he is working day and night, even night and day to arrive there," Domenicali told Motorsport.com. "And I'm confident that they will arrive like this [puts thumb to chin].

"But they are really working very, very hard. And you will see the level of investment that they will provide. It will be perfect, I'm sure, in the next season, but it will be very, very, very good already for this year."

Domenicali conceded that some elements of the venue that aren't essential to running the race might not be ready on time.

"It's possible, but the track will be done, the priority we know is there. But you will see the level of show that they're going to bring there too. They are all excited, a lot of work has been done. So it's really good."