F1 cars will be just as quick as last year, says Pirelli

Formula 1’s 2021 cars are going to be just as fast as last year's despite aero rule changes aimed at slowing them down, reckons tyre supplier Pirelli.

The FIA introduced a raft of measures over the winter aimed at slashing downforce to put less strain through the tyres.

The new regulations included cutting away a section of the floor ahead of the rear tyres, outlawing holes and slots in this area, plus reducing the size of rear brake ducts and diffuser strakes.

The hope was for the changes to cut back on downforce by 10 percent, with a further speed loss expected to come from more robust tyres Pirelli have introduced.

However, early data from last weekend’s Bahrain pre-season test indicates that teams are well on their way to clawing back the downforce losses – plus the speeds are already pretty close to 2020. 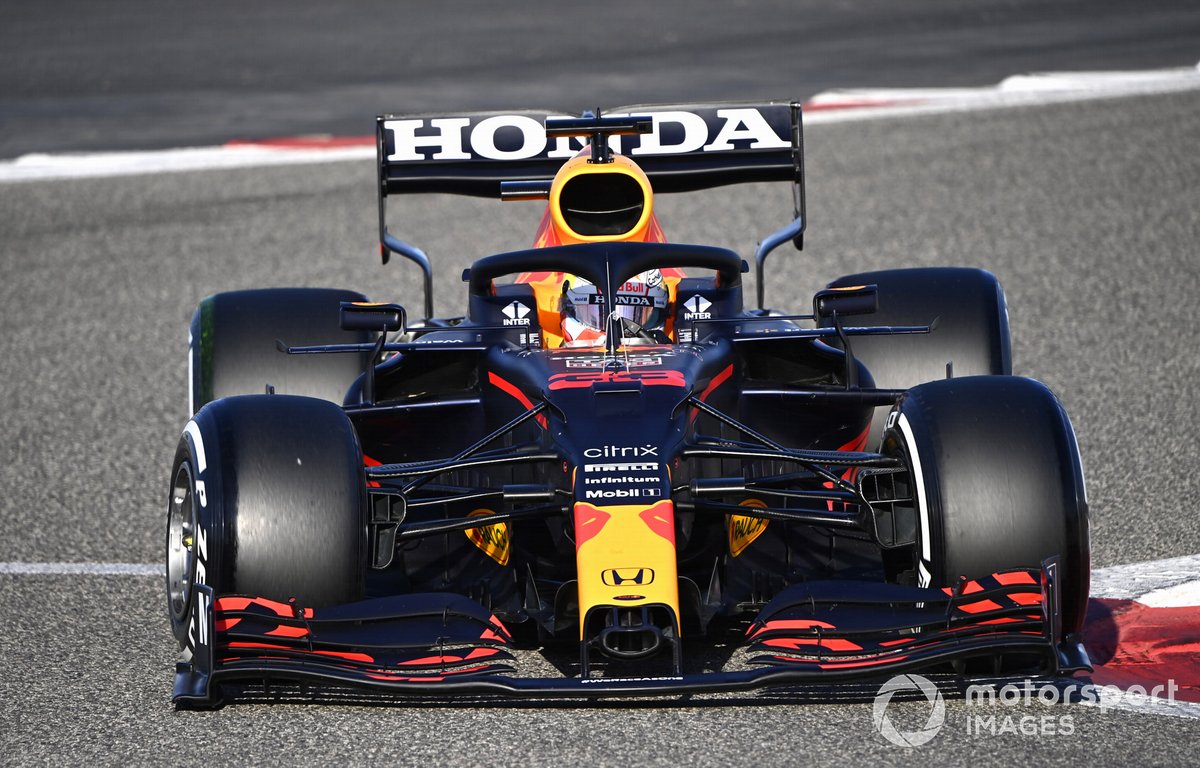 Max Verstappen’s test topping time of 1m28.960s was pretty much on a par with practice pace from last year’s Bahrain Grand Prix, and would have been good enough for 11th on the grid in the actual event.

But considering in tests that fuel loads and engine settings are different, plus drivers don’t push as hard as they do in qualifying, there is clearly even more to come from F1’s 2021 machinery.

Pirelli’s head of F1 and car racing Mario Isola says what he saw over the testing weekend suggests that lap times will be the same as 2020.

“The difference compared to last year is very, very, very small,” he said.

“I’ve tried to make some calculation on the lap times compared to last year and that's why I'm telling you that, if we consider that probably the track was not in perfect condition, plus the reduction in downforce, and the fuel level, so considering fuel corrected lap times, I believe that we are not going to see a delta lap time or a difference in reduced performance compared to last year.”

Based on analysis of the car performance and the forces being put through the tyres last weekend, Isola estimated that teams had recovered around half of the downforce lost from last season.

But despite the pace of the cars being quicker than some anticipated, Isola is confident that Pirelli’s 2021 rubber is robust enough to cope with the forces without needing to drastically increase the minimum pressures.

In fact, on day two of testing in Bahrain, Pirelli was comfortable enough with the situation to lower the rear pressures by a further 1.5 Psi.

“I'm not surprised by the amount of downforce they [the teams] have been able to recover even before the start of the season, because we know that they are very good in doing that,” he said.

“I'm also happy that we decided last year, together with the FIA, F1 and the teams to work in two parallel directions: one to reduce downforce on the cars and the other to find a [tyre] construction that is able to cope with the additional loads that are probably going to happen in the second part of the season.

“So despite the difficult situation we had with COVID, we took the right decision and, working in parallel, we have now a product that is more robust and cars that are probably as fast as last year.”

He added: “I'm confident that the new construction, and I rely on data that we have from our indoor test department, is more resistant. That's why we decided to introduce it.”

Mercedes will bounce back despite no "mileage miracle" - Vettel

Haas boss Gunther Steiner thinks Nico Hulkenberg's cameos over the past three seasons show that he "will be straight on it" when he joins the Formula 1 team next season.