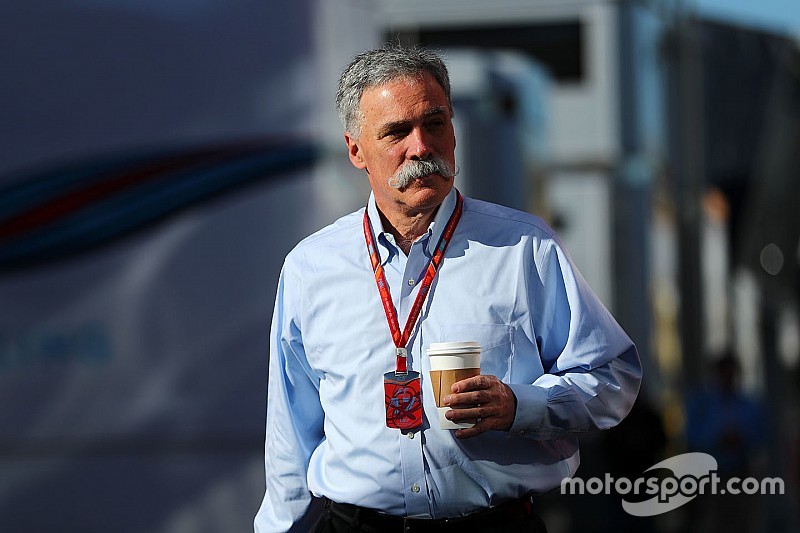 F1 boss Chase Carey says he doesn't want to negotiate a new Concorde Agreement with the teams when the current one runs out in 2020 – and would prefer to set up a new form of open-ended "partnership."

All efforts by the sport's new owner Liberty will be constrained by the current agreement for the next three years, but Carey is keen to replace it with a system that is less contentious.

"We have the infamous document called the Concorde Agreement," said Carey. "Which is this agreement that comes up every six to eight years – it comes up in 2020 – which defines the financial arrangements with teams.

"I think our goal is to create much more of a long-term partnership, not a partnership that sort has a point in time that you go out and renegotiate the next eight-year partnership, that there's a continuum."

Carey said that always having a looming deadline for the next agreement creates issues as the various parties fight to get the best deal for themselves, which inevitably causes some uncertainty, making future planning difficult.

"It creates gamesmanship. If you've got that point in time, you have people posturing and positioning, 'what can I get out of it?'.

"What I'd like to have is everybody's priority being continually looking three years down the road, not looking at a specific point in time. I think they all welcome getting there, but we've got to drive it."

F1's new CEO remains confident that the teams will fall in line with his vision work for the common good when they realise that everyone will ultimately benefit if the sport expands.

However, he accepts that it won't be easy to change the existing culture.

"Really what we're doing is we're saying we're working as partners that compete on the track, but share a vision of where we're going as a sport, and share the benefits of doing that together.

"It's a sport that historically that was a little bit every man for himself, and how do you game each other and the like, and that leads to 'one plus one is one and a half'.

"If you could pull together and figure out what is the right path forward for everybody, you make 'one plus one is three'.

"That's our goal, to change the culture of this sport, which has had some very unique aspects to it, and create a new culture. And I feel good about it so far, there's a real welcomeness to wanting to do that.

"There's no question of changing a culture that's been embedded for that long will take some time, but I think it's a transforming opportunity to really build a longer term, healthier relationship that benefits us both."

Tech analysis: How McLaren lifted its game at Spanish GP