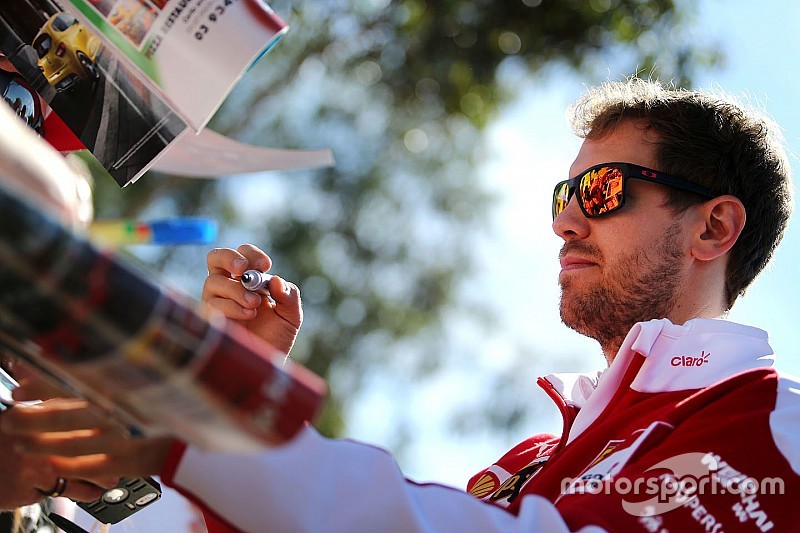 Sebastian Vettel says the decision to retain elimination qualifying for the Bahrain Grand Prix is something that Formula 1 cannot be proud of.

Although all teams agreed at the Australian GP that the new format had not worked after no cars ran in the final minutes of Q3, they failed to get the system changed for Bahrain after Red Bull and McLaren voted against going back to the previous format.

Ferrari driver Vettel admitted the failure to change the system back was highly disappointing and that reflected poorly on F1.

"I am as disappointed as probably anyone that I know that we didn't go back," said Vettel on Thursday.

"Usually you do what your clients would like you to do but you are not really doing the job if you do the exact opposite. It's something that we can't be proud of.

"If everybody is against something and you still decide for it... and qualifying is just one example that something is not right."

Vettel believes the qualifying example highlights exactly what is wrong with the decision-making process in F1, something the Grand Prix Drivers' Association urged to be changed in its letter last week.

"I think the point we are trying to make it very clear, so I don't think there's much to add," Vettel said of the GPDA letter.

"It's just to rethink what's currently happening. It's clear that if we write a letter it doesn't change overnight because it's very difficult to give the proposals.

"We didn't give any proposals. We made it clear that there's something that it's not right and something has to change.

"I think our intention was that we really questioned the current situation or current decision-making and hopefully we can improve that in the future."

World champion Lewis Hamilton admitted that, given the current state of Formula 1, he was not surprised that teams failed to agree on reverting to the previous qualifying system.

"So when it went back to normal – you know sometimes when you get lost and sometimes you go back to where you started….but it is interesting considering the fans were so unhappy with how it went that we have stuck with it.

"But I heard there were a couple of teams that didn't want to change it, so it couldn't be changed."

Williams looking forward to the evening race at Bahrain