Many anticipated that Red Bull Racing would be the Formula 1 team to take the fight to Mercedes in 2017, and the fact that it hasn’t turned out that way has been one of the biggest surprises of the season so far. 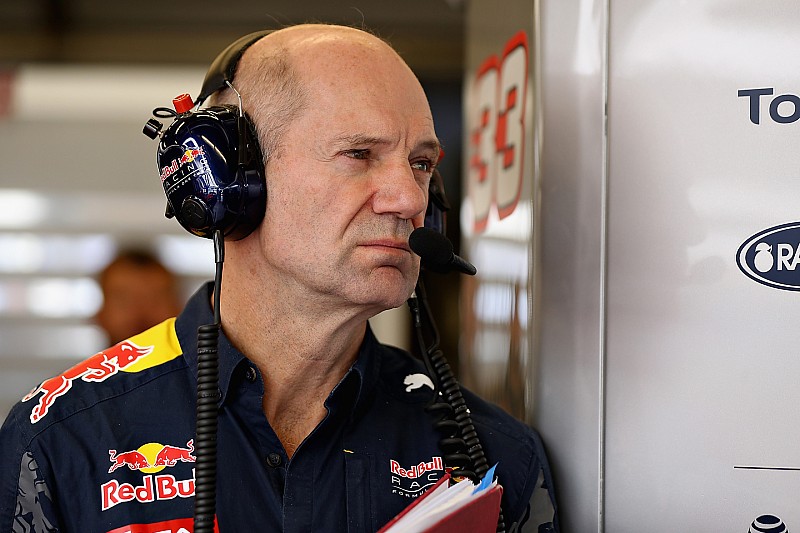 There were logical reasons for the optimism. In the course of 2016, the Milton Keynes team built up some momentum, and it appeared that Renault was set to make a big step for the new season as its renewed commitment began to pay dividends.

And then there was the new rules package. If any team was set to take advantage of major aerodynamic changes it was surely Red Bull, especially with Adrian Newey still in the loop.

Even if he had plenty of other projects on which to focus, surely the sport's most celebrated engineer would be fired up by the challenge, and help the team to find a good direction?

Five races into the 2017 campaign, Max Verstappen and Daniel Ricciardo have each logged a third place – but they have been nowhere near challenging for race victories.

Of course, some tracks naturally favour the Red Bull package more than others, and Sochi in particular was always going to tough, as there's no escaping the fact that Renault still lags behind its main rivals.

But it's not just about the power unit, and the team has been working flat out on the chassis, and new parts have been coming through thick and fast.

While qualifying at the most recent event in Spain was encouraging, that huge gap to Lewis Hamilton's Mercedes at the end of the race most definitely was not, and showed that the Barcelona update package was not the magic bullet that had been anticipated.

The man with the overall responsibility for turning things around is Newey, who once again has F1 as his primary focus. He took a step back from his hitherto intense involvement a couple of years ago, although he's always maintained an overview of each car.

The fact that the team was still on the up last year suggested that the revised system – with some very talented individuals at Milton Keynes stepping more into the limelight and Newey chipping in now and then – was working pretty well.

However, when it became clear in testing that the new RB13 was not where it should be, Newey was asked to become more hands-on once again, and as a consequence he's had to involve himself in a deeper level of detail than has been the case for a while.

"Adrian's obviously been splitting his time between Advanced Technology and the project with Aston Martin, and Red Bull Racing," Christian Horner told Motorsport.com.

"The last couple of years, in particular the early part of last year, his involvement was significantly less. The team did a great job with RB12 in developing it into a very competitive car.

"I think perhaps he hasn't followed the regulation changes as perhaps as he would have done previously. So now he's trying to bring himself up to speed as well.

"He's had a huge involvement [in the RB13], and of course he's got so much knowledge and experience for the guys to be able to draw on, and for him to implement. It's an enormous asset for us."

Newey himself makes it clear that he doesn't intend this to be a permanent change – he has plenty of other things to be getting on with. In effect he is firefighting.

"I had stepped right back," he told Motorsport.com. "But when it became obvious that the car under a more delegated, or a committee way of operating, wasn't performing, then yes - as a kind of a duty to the team, to try and bring things forward, I have been quite busy since the second test [in Barcelona in March], getting back involved to see what I can do to help.

"It's not what I want to be doing long-term, but I'm happy to be doing it for a period of time."

Newey hints that ramping up his involvement hadn't been straightforward. After all, the team had found a way to operate without his daily input.

"I think what's clear is that my stepping back in a system of regulatory stability, then the system was working, but that kind of committee approach hasn't worked when we've had a big regulation change," he said. "So that's what we need to consider for the future."

Horner discounts the idea that the Red Bull system has changed – in effect adapted to life with less input from Newey – and that has in turn complicated things now that he's more involved once more.

"No, the system is very similar, because he's still been feeding into that system," said Horner. "He's regularly sitting with the technical principals. I think communication across the departments is possibly what he's referring to. It's clear that everything evolves.

"I think everyone is just focussed on getting ourselves into a competitive position. Of course the engine arguably is even more of a factor nowadays, because you're running even longer at full throttle. Renault are making strides with that. They've obviously got their own limitations.

"As far as the chassis is concerned, the bit we can control, I don't sense any frustration, just a determination to get performance onto the car quickly."

There was some improvement in Spain, but there is still a long way to go. Newey is well aware that, as ever, it's all about hard work back at base.

"I think the package was a small step forward, which is what we expected," he said. "It got vastly over-hyped by the press. We know we've got some work to do, we know what we need to do, so we've just got to get on with it.

"It was never going to be the magic bullet, and there is no magic bullet. It's the usual thing, just chipping away at it."

And how much of the RB13's performance is down to Renault?

"It is a part of the deficit we face. It's probably roughly 50:50 between Renault and ourselves," believes Newey. "We've got to do our bit, and we trust Renault to do their bit. There have been various little bits that have tripped us up."

Last year the RB12 was quick in Monaco, with Ricciardo snatching a superb pole – only to lose out in the race with a disastrous pit stop glitch. However Newey has already accepted that this time, it will be a more challenging weekend. There is no quick fix.

"I think last year we had a good chassis," he said. "So at Monaco, which is less engine-dependent, we were able to shine.

"This year we haven't got the best chassis. So it won't be the opportunity it was last year. I guess we've got to get our act together between now and Singapore and use that as the next chance."

The priority now for Newey and his colleagues is to find that performance. But longer-term, the team has to learn how to work effectively once he inevitably takes a step back once more.

Vandoorne: No testing won't cause Button "any issues" in Monaco