McLaren stand-in Jenson Button has formally incurred a grid penalty for his role in the Monaco Grand Prix collision that left the Sauber of Pascal Wehrlein flipped on its side.

The 2009 world champion is extremely unlikely to end up serving his penalty, however, as he had suggested that Monaco would end up his final race in the sport.

Button, standing in at McLaren for the Indy 500-bound Fernando Alonso, was shadowing 17th-placed Wehrlein 57 laps into the race when he attempted to pass the Sauber down the inside of Portier.

The move did not work out, as Wehrlein's car was pitched on its side and came to a rest against the barriers, whereas Button himself crawled to a halt further into the lap.

Wehrlein, who emerged unhurt from the crash, had described Button's lunge as a "silly move".

In a statement, the FIA stewards confirmed that they'd heard from both Button and Wehrlein, as well as the team representatives, before issuing the verdict.

The statement read: “Having reviewed all the angles of video, the Stewards concluded that Wehrlein was on the racing line, and that the move Button made was unlikely to result in a clean pass.

“The Stewards did not consider the consequences of the collision, which resulted from Button trying to brake at the last moment and Wehrlein's interlocked wheel causing the car to turn on its side.”

Assessing that Button was “predominantly to blame”, the stewards opted to give the Brit a three-place grid penalty “for his next race this season”.

Button was also handed two penalty points on his licence. 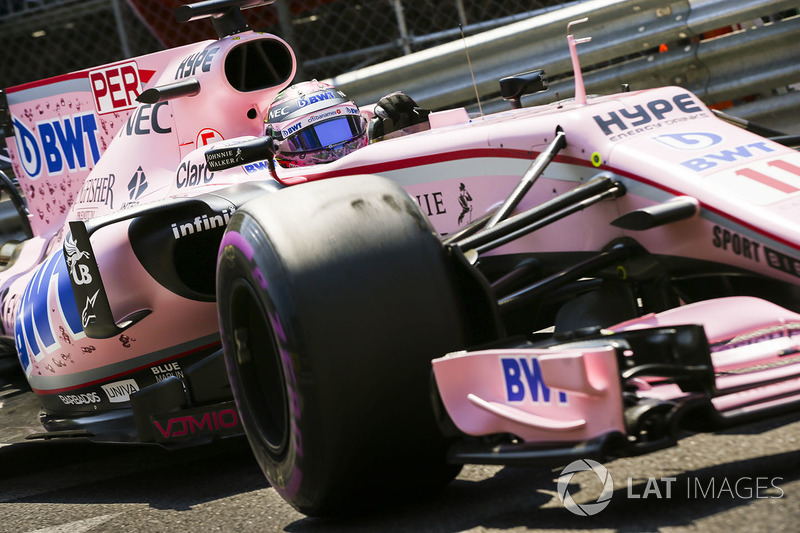 Force India's Sergio Perez, meanwhile, has incurred a time penalty and penalty points on his licence for his late-race collision with Toro Rosso's Daniil Kvyat.

The time penalty of 10 seconds makes no difference to the Mexican's finishing position in Monaco, as he was the last driver to take the chequered flag after pitting with damage.

Perez, running on fresh tyres late in the Monte Carlo race, attempted to pass Kvyat at Rascasse for ninth place on lap 72, with the move ending in a collision.

Kvyat, who retired on the spot while Perez pitted with damage, was furious with the Mexican driver after the race, calling the overtaking attempt “desperate” and “stupid”.

After deliberations, the FIA stewards likewise decided that Perez was "predominantly to blame", assessing him a 10-second penalty and two penalty points on the Mexican's licence.

Perez now carries a total of five penalty points, with the three points he'd picked up in the 2016 Singapore GP for yellow flag infringements set to expire in September.

Norris: McLaren "not miles away" from Mercedes and Red Bull