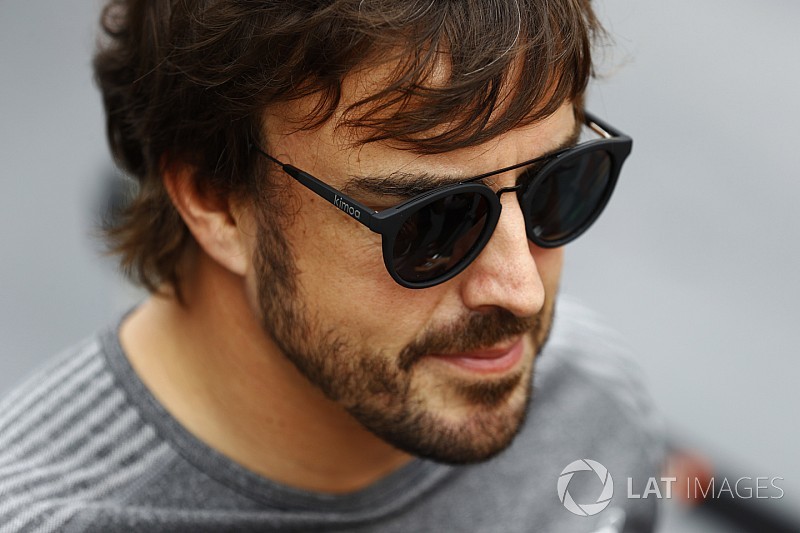 Fernando Alonso believes his current performance advantage over McLaren teammate Stoffel Vandoorne shows he's enjoyed as strong a start to a season as ever in his Formula 1 career.

Vandoorne amassed a superb resume of titles and race wins during his junior career and impressed on his F1 debut as Alonso's stand-in at Bahrain last year – but the Belgian has struggled to match Alonso since his promotion to a full-time McLaren race seat for 2017.

While both are yet to score points amid McLaren-Honda's troubled start to the campaign, Alonso has outpaced Vandoorne six out of six times in qualifying so far.

The Belgian is yet to advance from Q1 when competing alongside Alonso, and has trailed the two-time world champion by 0.586s on average in the first segment of qualifying.

For Alonso, this has served as further evidence that he's in the best form of his F1 career – as the Spaniard reckoned his performance is offsetting the frustration borne out of his team's current struggles.

"I think I've never had a start of the season like this year, in terms of how competitive I felt in the car," Alonso said.

"I never started with a difference with my teammate as this year, ever, and it's a teammate that won in all the other categories, when they have equal cars, until Formula 1, so... I have a very good reference, you know.

"I'm definitely at probably my best, so that's okay in terms of keeping motivation and keeping hunger for success, despite the results - because you know and you feel that you are in a very good moment of your driving career."

Asked why he felt as strong as ever despite his F1 career now likely approaching its twilight, Alonso said: "You know and you learn many things in your career.

"If I raced against myself [from] 10 years ago, 15 years ago, I would be as quick as now probably. But you will make little mistakes here and there, you will overdrive sometimes.

Alonso, who aims to win the Le Mans 24 Hours endurance race as part of his quest for the triple crown of motorsport, says he watched much of the 2017 edition of the French endurance classic.

He said he had been supporting compatriot Antonio Garcia, whose #63 Chevrolet Corvette crew led the GTE Pro class heading into the final lap but eventually finished third after late drama.

"I did [watch it]. Not [all] 24 hours, I slept a little bit, but I didn't miss the important moments, let's say. Always when I switch on the television, something happened.

"It's not up to your abilities because you have two teammates obviously and you have this big luck factor that you need to be there in the right moment.

"It was interesting the GTs as well. My friend Antonio Garcia with the Chevrolet Corvette, in the last lap, I had the SMS written already congratulating him, and I said 'I will wait two days to send the next SMS because this one is not working anymore'."

The McLaren driver was non-committal about possibly taking part in the race next year, saying only: "When it comes the moment to take the decision for next year, I will put in the table all the things that are possible. And I will race in Le Mans one day, I said this many times, it's not any news."