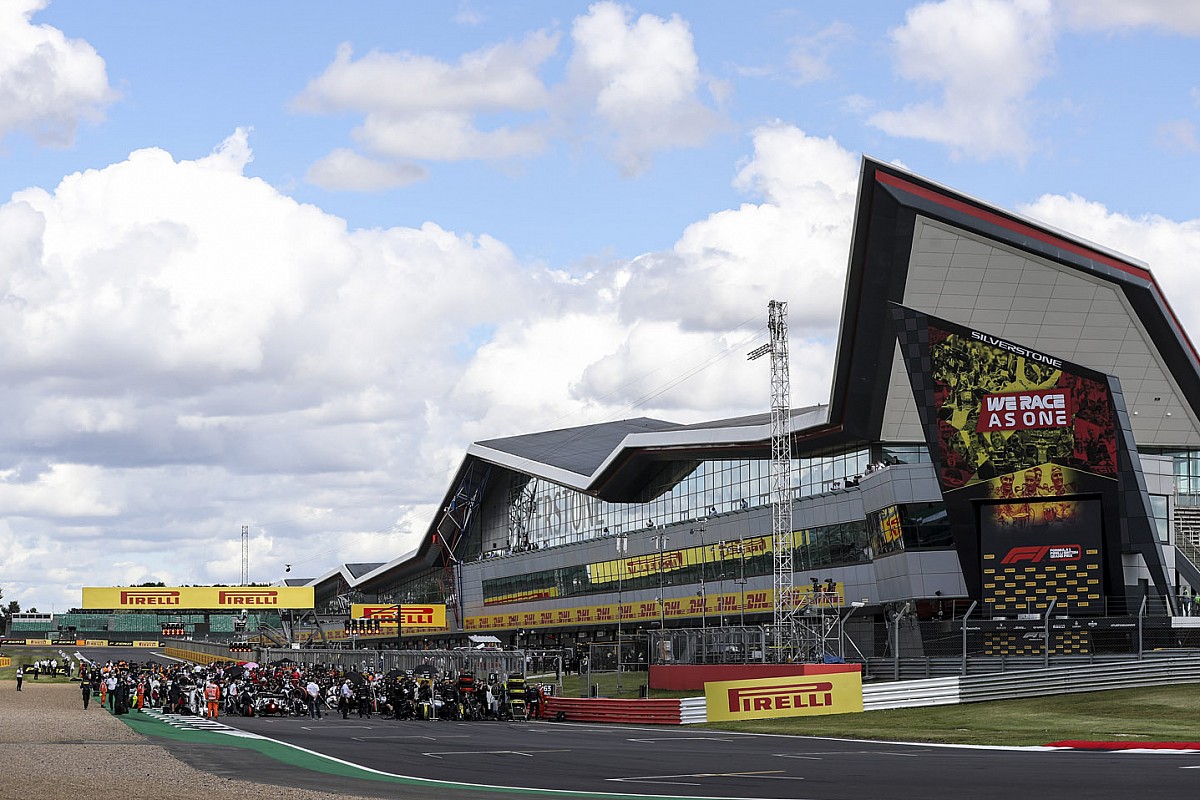 Formula 1 will return to Silverstone on August 7-9 for the fifth round of the coronavirus-disrupted 2020 season. Here’s all you need to know about the 70th Anniversary Grand Prix.

Following the British Grand Prix last weekend, F1 is making a second stop at the famous Silverstone Circuit this weekend for the 70th Anniversary GP. The two Silverstone races form part of a triple header - the second of the season - along with the Spanish Grand Prix on August 14-16.

Why is Formula 1 racing at Silverstone again?

Due to COVID-19 playing havoc with the schedule and severely limiting the teams’ ability to travel around the world, F1 has been forced to run as many races as possible in Europe in 2020.

One idea that gained approval of the stakeholders was circuits hosting multiple rounds on back-to-back weekends, limiting costs and reducing exposure to the virus.

As such, F1 started its season with two consecutive races at the Red Bull Ring in Austria, while a similar double header is now taking place in the UK.

Why is it called the 70th Anniversary Grand Prix?

2020 marks the 70th anniversary of Formula 1’s first championship season in 1950. The seven-round campaign, won by Alfa Romeo’s Guiseppe Farina, began at the Silverstone circuit on May 13 and concluded at Monza in Italy on September 3.

Hence, as part of F1’s 2020 celebrations, the second race at Silverstone has been appropriately christened as the 70th Anniversary GP.

Is this the last time F1 will be racing at the same track twice?

Yes and no. The initial eight-round calendar issued by F1 included only two double headers at the same venue - Red Bull Ring and Silverstone. Since then, F1 has added Mugello, Nurburgring, Sochi Imola and Portimao to the schedule, but all these European circuits will host only a single round each.

However, there remains a possibility that Bahrain could hold two rounds in November/December as part of F1’s plans to end the season in the Middle East. This would depend on whether or not F1 will be able to add more races in Asia other than Bahrain and Abu Dhabi, which have not officially been confirmed but are likely to be announced in coming months.

Should Bahrain get the approval to host two races, the second of the two events could take place at the shorter 3.5343km oval circuit that uses parts of the original circuit layout.

Will F1 be doing anything differently to the British Grand Prix?

No, the 70th Anniversary GP will run to the same format as the British Grand Prix, with Sunday’s race taking place over 52 laps of the 5.891km Silverstone circuit.

However, Pirelli is bringing softer tyres from its range for this race. The Italian manufacturer will make the C2, C3 and C4 compounds available to the teams, having brought a batch of C1, C2 and C3 tyres for the British GP.

This could add another element to the race, as several drivers - including Mercedes pair Lewis Hamilton and Valtteri Bottas - suffered late punctures in the first Silverstone race.

Has Silverstone been on the F1 calendar for 70 years?

The British Grand Prix has been held every single year since the F1 championship began in 1950. While Silverstone has been the home of the British GP for the majority of its history, both Brands Hatch and Aintree have hosted the race in the past.

As such, Silverstone has been on the F1 calendar for only 54 seasons, counting last weekend’s British GP.

From 1987, Silverstone has been the sole host of the British Grand Prix, although Donington Park in the UK has also hosted an F1 race in 1993 under the European Grand Prix banner.