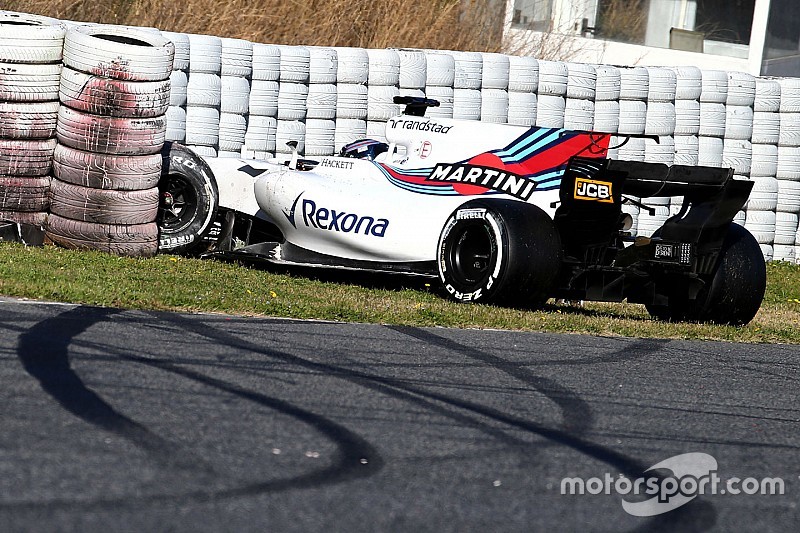 Felipe Massa says that Lance Stroll faces a tough task in getting up to speed in 2017 because Formula 1's new cars are not 'easy' for rookies to drive.

Stroll returns to the cockpit at Barcelona later on Wednesday hoping for a better time, after suffering two spins and a crash which brought an early end to Williams' testing last week.

With Massa having said it is vital this week’s running is not compromised by further incidents, there will be an increased focus on the job that Stroll does.

But Massa says that the young Canadian is not in an easy situation because the increased downforce and grip delivered by 2017’s new rules have made things much tougher for new drivers to adapt.

“Surely it would be easier to debut last year, where there was less downforce to manage and less physical stress for the driver,” said Massa. “These two aspects today are tougher.

"We cannot forget that Lance is young, and has a long way to go.”

Although Stroll’s incidents ultimately cost Williams valuable track time, Massa thinks it is wrong to pin the blame for problems entirely on his shoulders.

“If we see what happened last week, it was not only his fault,” he said. “The team lacked some spare parts - and, if we had them, probably the work programme would be completed.

“It’s always possible to do a mistake. [On Tuesday] I also came off the track, and I prayed that I had not broken anything. I was fine, but I could have compromised the day.

“We must not start to criticize Lance, without giving him the time and tranquillity necessary to make his way.”