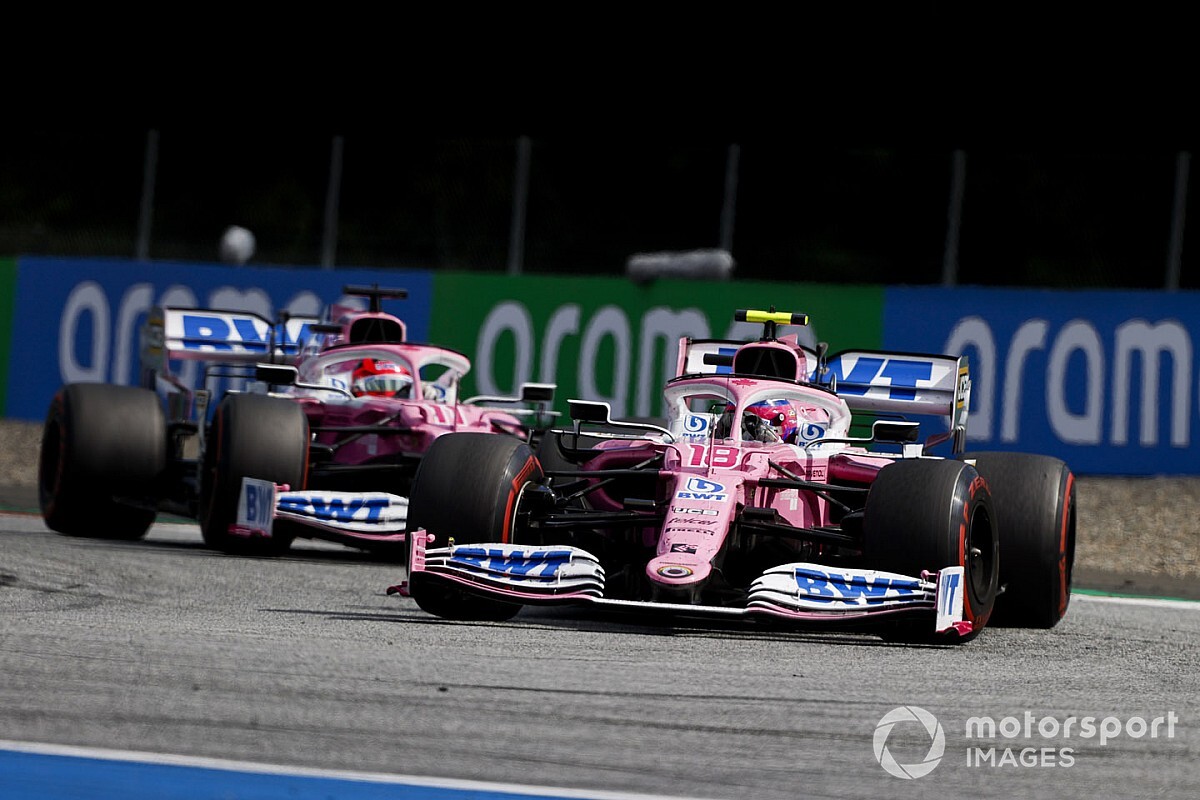 The protest submitted by Renault against Racing Point after the Styrian GP came as no surprise, given how unhappy many of the rivals of the Silverstone team have been since the RP20 first emerged in Barcelona testing.

The impressive speed that the car has since shown on track, even if it hasn't yet translated into the results that its potential suggests, has further caught the attention of teams.

In the Styrian GP, Sergio Perez started only 17th after a troubled wet qualifying, and yet by the end of the race he was trying – albeit unsuccessfully – to wrest fourth place from Red Bull's Alex Albon.

The Mexican surprised rivals by keeping up a good pace even on ageing soft tyres, and by setting several fastest laps after switching to the mediums.

Given that there has been talk of a protest since Barcelona the only surprise was that one didn't emerge at the first race in Austria.

It was not a matter of Renault waiting for an opportunity where an exclusion for a Racing Point might gift the Enstone team points, because at round one Esteban Ocon finished behind Perez.

In fact, the delay was for the same reason that Red Bull protested the Mercedes DAS system on Friday at the Austrian GP rather than after qualifying or the race, when it would have been more disruptive.

"And the reasons why we didn't do it last week were more related to the fact took a lot of a lot of good work from the FIA and F1 to reconvene everybody at a race. And I think we wanted to respect this, and we applaud the work that they've done.

"And I think we know a lot of teams have contributed to it. And we just thought it wasn't it wasn't the right thing to do.

"But we did it at the second race because again, there was the opportunity to do it. That's really the reason for waiting, but it's something we spotted in Barcelona in the testing."

In effect, for the second race Renault decided that the gloves were off. It just happened that on this occasion one of its drivers – Daniel Ricciardo – finished behind both pink cars.

Budkowski won't comment, but other teams in the pitlane have made their displeasure all too clear, and sources suggest that privately they have backed the Renault protest and shared their suspicions, even if they have not attached their names to the FIA document in public. After all, only one team has to actually take action to set things in motion. 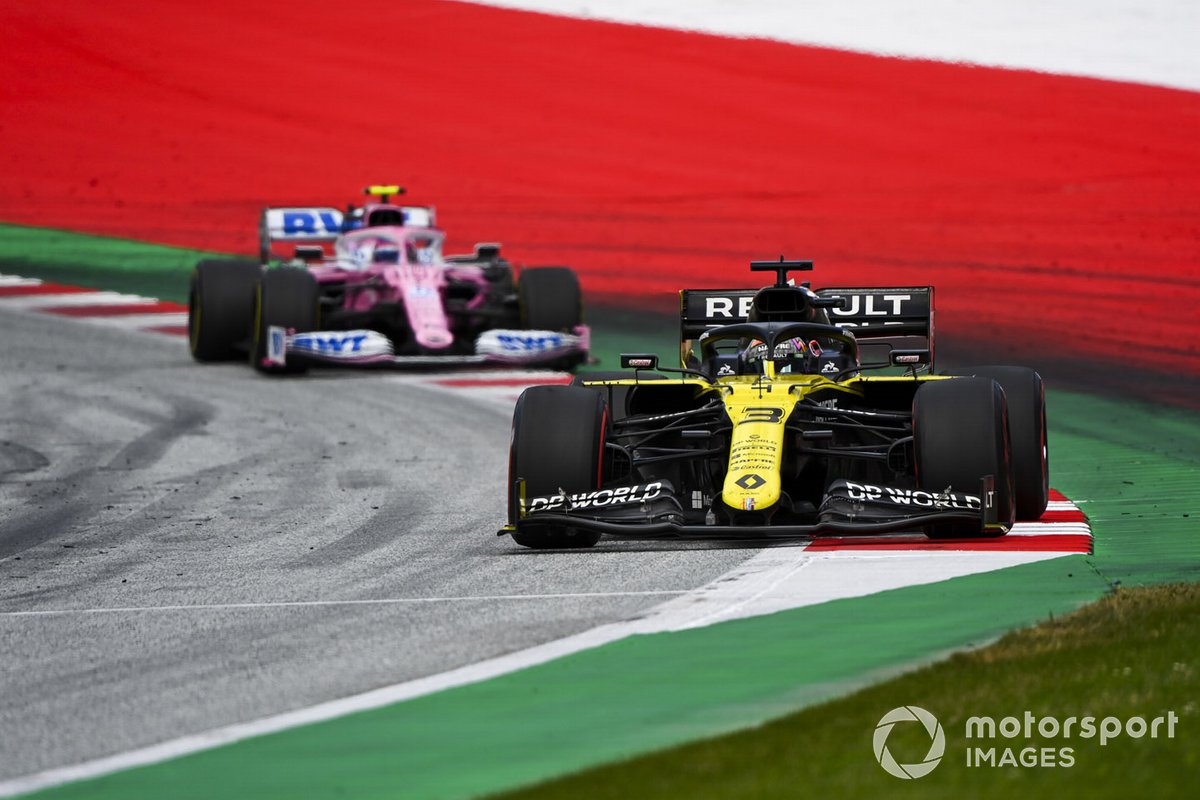 So what is the protest about, and why does it focus on brake ducts?

The case relates to the often controversial issue of listed parts, and what teams can and cannot buy or borrow from their rivals.

Chassis and aerodynamic surfaces have always been regarded as the key elements for which teams are expected to create their own intellectual property, whereas items like gearboxes and suspension are free to be traded. All the details are enshrined in Appendix 6 of the FIA Sporting Regulations.

Brake ducts, which clearly have a key aerodynamic influence, became a listed part for the 2020 season.

"Basically we contend that the brake ducts front and rear that are used on the Racing Point are effectively a Mercedes design, and so have been designed by another competitor," says Budkowski.

"Which is in breach of the sporting regulations, more precisely Appendix 6, and therefore we protested the cars because of that.

"And they are regulated by Appendix 6, so we believe that these geometries in use in the Racing Point are effectively the exact design of Mercedes from last year, potentially with some minor modifications to adapt them to the Racing Point, or some minor evolutions, but nevertheless it's not a Racing Point design.

"So it's not their intellectual property. And that's explicitly banned in the regulations."

The protest was accepted by the FIA stewards at the Red Bull Ring, and will be heard at some future date, once the evidence has been gathered.

Budkowski stresses that it's not the job of Renault to demonstrated that its rival has broken the rules.

"It's not us that have to prove it, it's Racing Point. In the F1 regulations, it's the duty of the competitor to prove that your car is legal at all times. So it will be it will be Racing Point's duty to prove the legality of their car."

No one has an issue with a team copying wings and so on – everybody looks at what rivals are doing and takes the best ideas.

The RP20 case is unusual in that as an overall package it looks so similar to the W10.

Indeed, the Racing Point team has made no secret of the fact that it took a shortcut to improved performance by copying the Mercedes concept, having reached the limit with the Red Bull-inspired theme that it had been using.

Of course, this wasn't McLaren or Alfa Romeo or indeed Renault copying the Mercedes concept but a team that uses the Mercedes power unit and gearbox package, and indeed the Brackley wind tunnel, so that inevitably caused a stir among rivals.

The key is the internal flow systems of the RP20 brake ducts, which the FIA will now compare with the ducts used on the 2019 Mercedes.

Renault's contention is that the internal detail is not visible to outsiders, and thus in theory you could not replicate it accurately without having access to inside information.

"What we contend is that the design is not their design,"says Budkowski. "And there's similarity of geometry, which I think is obvious to be seen, but there's external geometry and internal geometry.

"Furthermore has there been an exchange of designs and of parts potentially? We believe there has been. Potentially, in the legal way, but nevertheless, if it was legal to exchange them last year, it's not legal to race them this year.

"So I think you will be for the FIA to look at not only the geometries, but also whether there has been any exchange of information between the competitors that has led to this design."

You could surmise that Renault is taking a punt in assuming that the ducts are identical internally, or too similar for it to be a co-incidence – the FIA could well determine that they are sufficiently different. 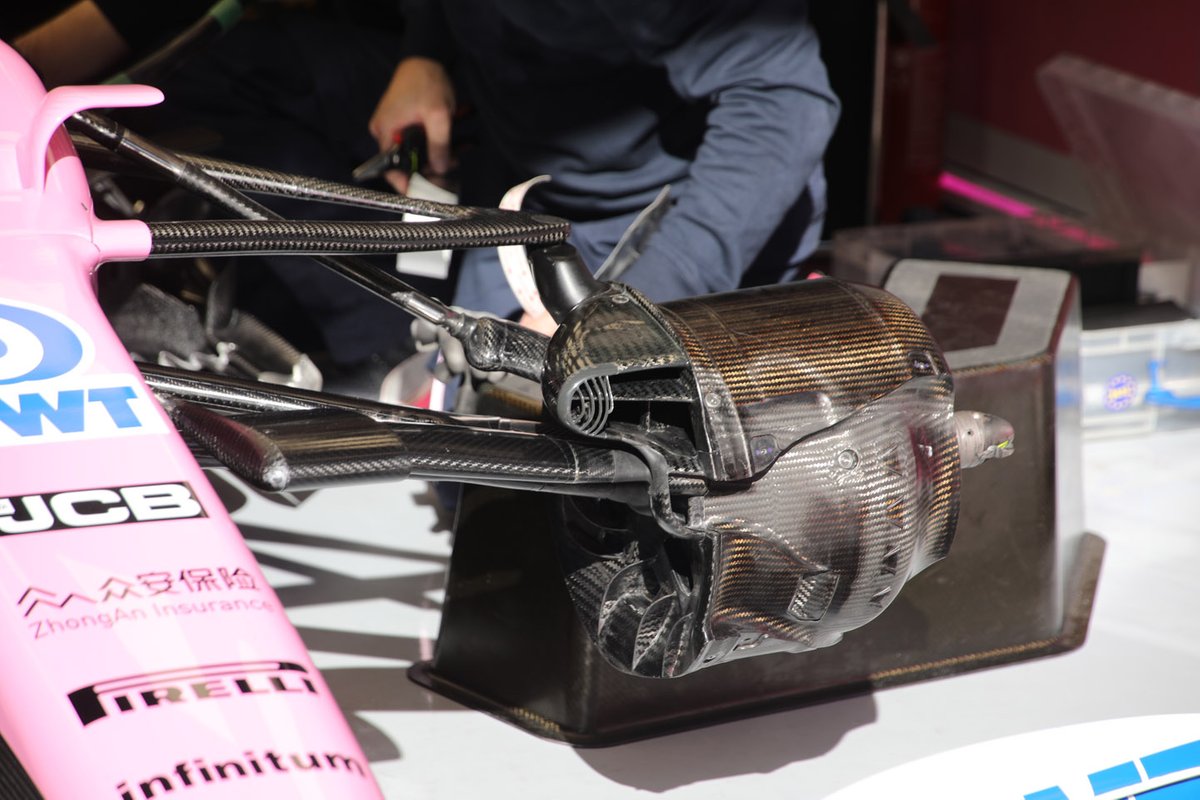 "What we're saying is, we accept it's possible to copy external geometries from pictures," Budkowski says.

"We don't think it's possible to copy internal geometries. Furthermore, we know that transfers of information on brake ducts were allowed last year. But it's not allowed to use this information on your race car this year.

"These parts were not listed last year, and they're listed this year, so you could exchange information last year, but you cannot use this information on your race car this year. So if they've used information from the Mercedes '19 car that they received, we contend that this is illegal.

"It's for is for the FIA to determine this. But what is clear is that any part that is listed needs to be your own proprietary design. The regulations are clear, not only do you have to design it yourself, but you can't outsource it to another competitor.

"And if a competitor designs it, it retains exclusive rights to use it. So there's no way you can base your design on someone else's without breaching the regulations."

Does Renault believe that other elements of the car break the listed parts rules?

"We we have strong, strong suspicions, if not conviction, that these parts are a design from another competitor," says Budkowski. "Whether that's the case for the other parts, again, it's for the FIA to determine.

"If the FIA finds that the brake ducts are the same geometry or the based on the same geometry, then I would hope they would start checking other parts as well, if they haven't done so already." 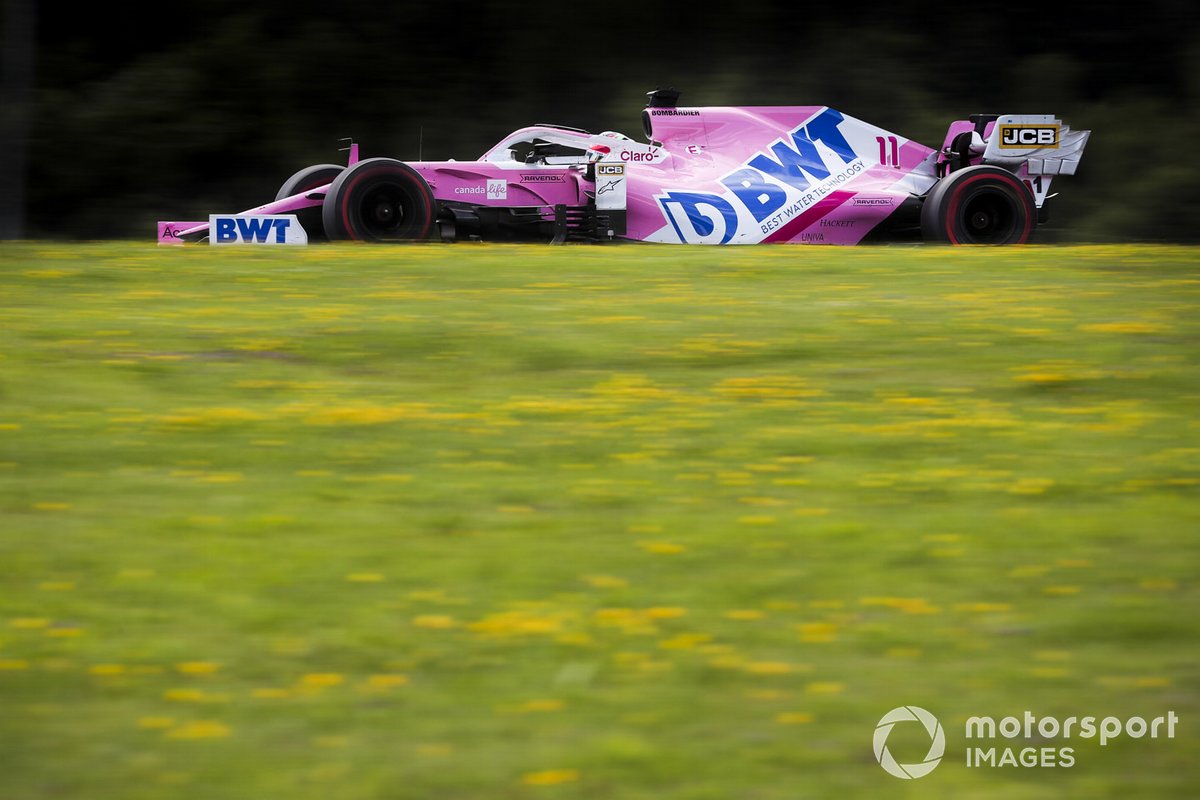 Clearly this is an issue that has a huge significance for the sport. The FIA has been pushing for a move towards shared and common parts with the 2022 regulations – and faced resistance in some areas, even when the elements concerned didn't make the car go faster.

However, aero remains the key aspect of performance that teams want to keep free, on the basis that you should do your own R&D and not be able to buy performance.

Meanwhile the move to the very different 2022 rules comes amid the cost cap and a further tightening of restrictions on wind tunnel and CFD usage. Any close co-operation between partner teams, who might be deemed to mutually benefit from pursuing a parallel development path, will be viewed with some suspicion by others.

Racing Point reacted strongly to Renault's claims, noting that the protest is "misconceived and poorly informed", and stressing that "any and all suggestion of wrongdoing is firmly rejected and the team will take all steps necessary to ensure the correct application of the regulations to the facts."

Racing Point's real problem is that it has made such a big step with its overall package that it has not just rattled the cages of traditional rivals like Renault and McLaren, but of Red Bull and Ferrari as well.