Exclusive analysis: Why Rosberg had to use 'bad' set of Q3 tyres 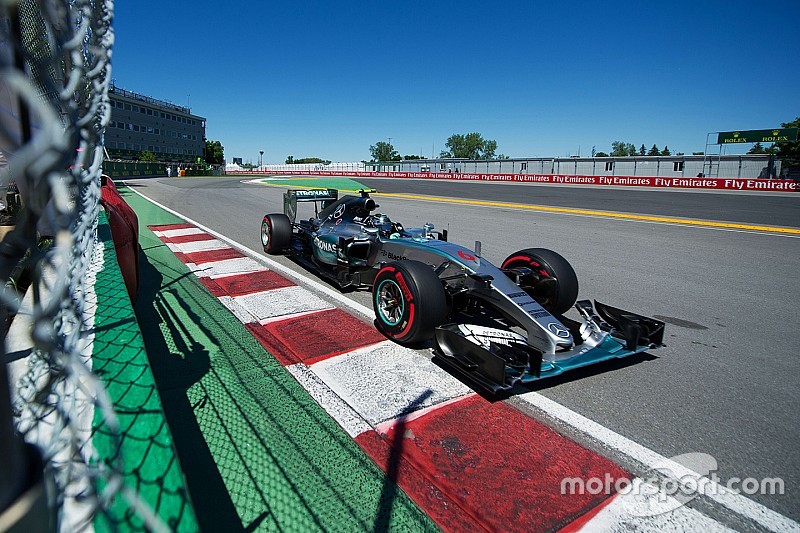 Nico Rosberg had no choice but to run with the 'bad' set of tyres in final qualifying that ultimately cost him a shot at pole position for the Canadian Grand Prix.

The German blamed his failure to challenge for the top grid spot on setup changes he had made on his Mercedes as a reaction to using a set of tyres on his first run, that his team had said were the worst of his two available.

“There was just lack of grip on the rear on that set of tyres in the first run of Q3,” explained Rosberg.

“I could not just say, 'OK the grip is going to come back on the next set' and I don't do anything – because that is just guesswork.

“I had to adapt the car and say maybe that is the way it is now. And so I took some front wing off and things like that.

“Then, for the last set, the grip was back to normal. So because I had adapted to the first set, that really put me off. And that was it – it was a good lap. It was just slow.”

The use of a 'bad' set of tyres in the most important section of qualifying has raised a few eyebrows – as drivers are given six sets of option (in this case supersoft) tyres for the weekend.

Williams performance chief Rob Smedley admitted he had been “baffled” by the fact Rosberg had run with such tyres in Q3 – rather than getting rid of them earlier in the event.

Smedley said: “We have various detailed processes that we go through to arrive in Q3 with the best tyres.

“We are looking at all sorts of parameters from how much weight we have had to fit to the tyres, to other slightly more scientific aspects of the compound itself.

“I was slightly baffled but, as I don't understand what their detailed processes are, then I guess I would be.”

However, Motorsport.com has learned that the 'bad' set were the extra set of option tyres that are allocated to Rosberg by the FIA rather than a set that are singled out by the team.

Should this extra set of tyres, given to all drivers and only for use in Q3, not be as good as other sets then, like with Rosberg in Canada, it is just bad luck and there is nothing the team can do.

The fact Mercedes knew of Rosberg's tyre situation in advance left the German driver intrigued – as he came over the radio after qualifying to enquire with his team.

“How do you know which set is bad and which set is good?” he asked, before saying they would talk about it later.

Asked about it afterwards, Rosberg said: “I don't want to go into those details, the fact is that it was a bad set and that is it…”

The inference from the Mercedes radio messages is that the team conducts detailed analysis of every set of tyres to work out the minor inconsistencies between them – and therefore know which are the best ones.

Mercedes motorsport director Toto Wolff was being coy on exactly what his team does, but confirmed his team was doing all it could to ensure it had the best tyre sets available.