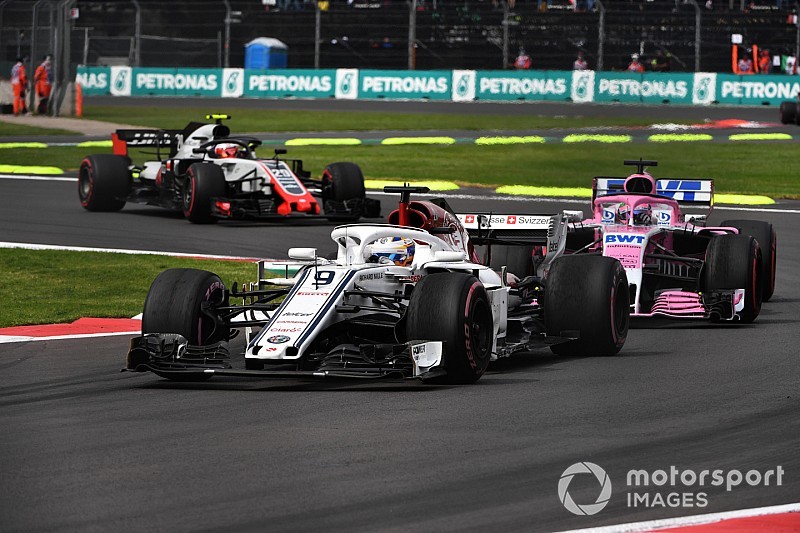 Marcus Ericsson revealed he had been left "fuming" at being asked to sacrifice his Mexican Grand Prix to help teammate Charles Leclerc – before recovering to the points.

The Sauber driver was asked to extend his opening stint on hypersoft tyres to help protect teammate Leclerc ahead – even though doing so cost him valuable time as his rubber was finished.

A slow pit stop relegated Ericsson to the back of the field but he recovered to classify ninth, just two spots behind Leclerc, marking the first time since 2015 he reached the points in successive Grands Prix.

Although later delighted at what he thought was one of his best drives in F1, Ericsson said he had been far from impressed during the race when it appeared that all hopes of a points finish had been taken from him.

“I was really fuming in the car,” explained Ericsson about the order to hold back other cars to help Leclerc build a gap. “[I was] really getting frustrated… I know we had to work for the best of the team, but for me it was a bit extreme.

“I felt I had thrown away my race which was very frustrating. But my second stint saved it and I am really really proud of it. With all these things, to still finish ninth and beat all these cars is quite incredible.”

With Sauber locked in a tight fight with Toro Rosso in the constructors’ championship, and knowing starting on hypersofts would put it on the backfoot in the race, Ericsson’s move to hold back pursuers was essential for helping the outfit in its charge for points.

“The plan was to just help Charles’ race,” he explained. “I was sacrificing my race totally to help him.

“I wanted to box many laps earlier as I knew I was throwing away my race, but for the team and Charles I had to keep these cars behind to help him open up the gap. So I did that for the team, but it was frustrating because it felt like I threw away my chance of points.”

Ericsson added that he was pleased Leclerc had acknowledged the assistance he had been given as he took a seventh place that helped Sauber move ahead of Toro Rosso in the standings.

“I’ve always been a team player, I’ve always done everything for the team. I always put the team first and that is one of my abilities that people value a lot and I will always do that,” added Ericsson.

“I think I did that in a very big way and even Charles acknowledged that. He even thanked me after the race, that without me he would not have been able to do that race.”

Vettel says 2018 could be his hardest F1 season yet