Ericsson: Leclerc Ferrari deal says "quite a bit" about me 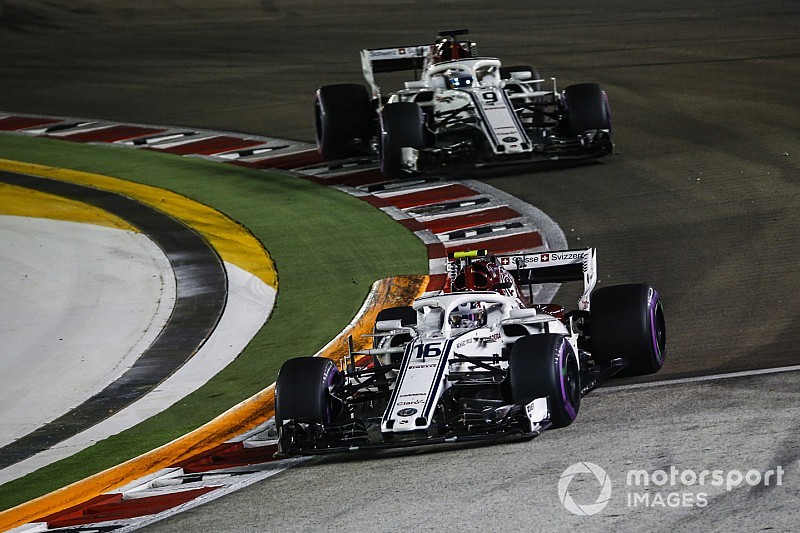 Marcus Ericsson believes Sauber Formula 1 teammate Charles Leclerc's Ferrari promotion "says quite a bit" about himself given his recent performances against the Monegasque.

While F1 rookie Leclerc has earned a swift graduation to Ferrari, Sauber veteran Ericsson is fighting to remain on the grid with Kimi Raikkonen already confirmed at the Swiss team and others in the frame to partner him.

Raikkonen is understood to have agreed an independent deal with Sauber after losing his Ferrari seat to Leclerc, which means Ferrari could still utilise its option on one of Sauber’s seats to place Antonio Giovinazzi.

But Ericsson hopes he can use favourable comparisons with Leclerc to prove he is worthy of a new contract.

“They haven't really given me any specifics or a timeframe for it, but I know I need to perform now,” he said. “I feel that I stepped it up the last five or six weekends.

“I scored more points than Charles [in the last five races before Singapore] and Charles has signed a contract with Ferrari for a few years so I think that says quite a bit.

“If I can keep doing that, or even better, that's what I need to do. If that's enough for a contract or not, that's not up to me, but I need to keep pushing and trying to impress.”

Ericsson has scored six points this season while Leclerc took his tally to 15 with ninth place in Singapore last weekend.

Leclerc had endured a five-race barren run prior to that result and been outscored 4-2 by Ericsson over the previous six grands prix from Austria to Italy.

Ericsson, who is also rivalled for the Sauber drive by McLaren outcast Stoffel Vandoorne, is under pressure to extend his stay at Sauber to a fifth season despite his main backer being one of the team’s directors.

“The competition for the seats is a lot higher than it's been the last few years and I think the signing of Kimi really shows that,” said Ericsson.

“Now there's only one seat left for next year so I need to really impress and work hard to show that I should really be in the team. The pressure is high but I like that.

“I usually do my best racing when I have the biggest pressure on my shoulders so I don't really mind it.”

Ericsson’s bid to add to his points tally was thwarted in Singapore, where he qualified 0.7s slower than Leclerc and finished 11th, half a minute behind him.

“I think it was a good race, good performance,” said Ericsson. “We overtook quite a few people. It’s a bit annoying to be 11th. I think it’s my third time this year, so that is a bit frustrating.” 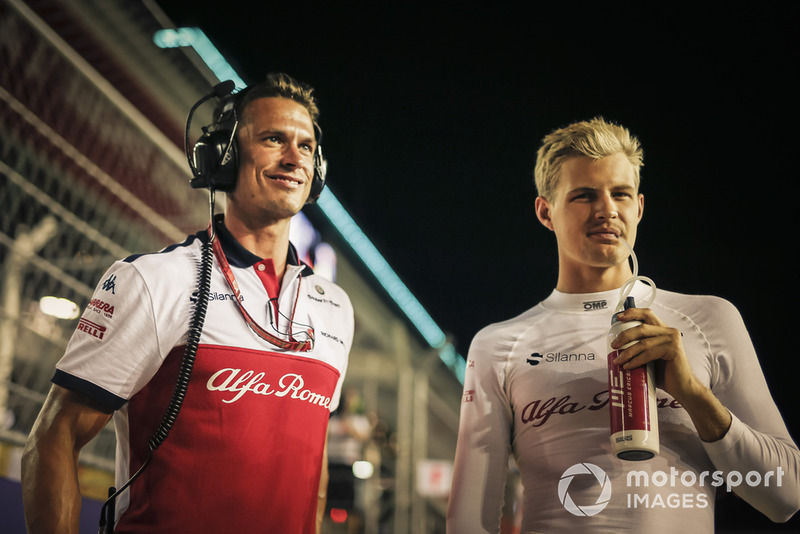 Marcus Ericsson, Sauber on the grid