Ericsson keen to “clear the air” with Nasr after Monaco clash 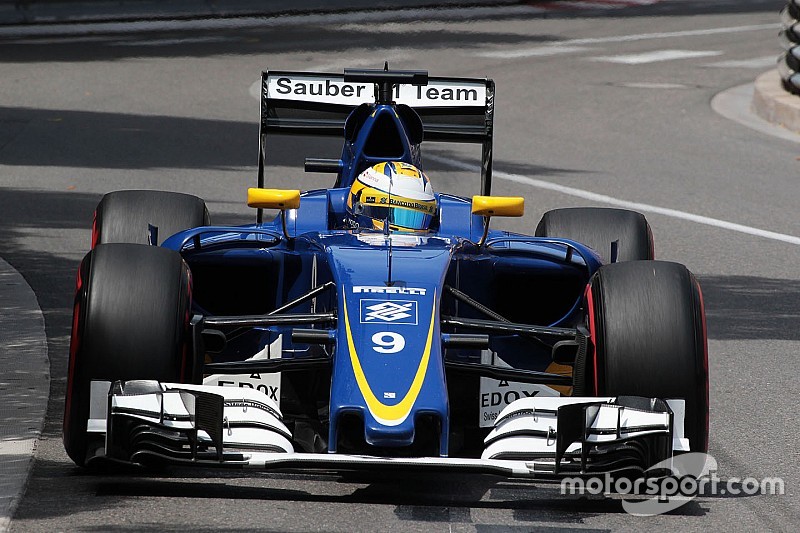 Marcus Ericsson says he wants to have “clear the air” talks with Sauber teammate Felipe Nasr after their controversial collision in Monaco.

Ericsson had been waiting for Nasr to respond to team instructions to move over before trying a move at Rascasse that left both drivers out of the race - a situation team boss Monisha Kaltenborn described as “unacceptable".

The pair had enjoyed a frosty relationship since their GP2 days, and tension was ramped up by earlier occasions when they were running together and Ericsson was in front.

“Of course it's not good,” the Swede told Motorsport.com. “We need to sit down, me and Felipe, and just clear the air and move onto Montreal. Of course it shouldn't be like that. We need to do it soon.”

The Swede said he had much better pace than Nasr at that stage of the race.

“I put on the ultrasofts, and I had a bit of a problem to get them to switch on, because I got the blue flag straight away," he said.

"But when I got them to work I think the pace was really strong, and Felipe came in a couple of laps later. I caught him by three to four seconds a lap, and when I got on his gearbox I was asking on the radio, 'What should I do, should I attack?'

"They said, 'No he will swap positions, because you are so much faster at the moment.' And I said, 'Ok.'

"He just kept on going like that for eight laps I think, with them telling me he will swap position, but he wouldn't do it.

“Then after eight laps I told the team if he's not going to move over then I need to make a move, because it's there's so much more pace in the car, and they said, 'Go for it.' And then I went for it.”

Ericsson insisted that Rascasse was a legitimate place to attempt to pass.

“I tried earlier in the race after the tunnel, but he was defending quite hard there," he explained.

“Also, I've watched quite a lot of other series this weekend, and there have been a lot of moves in Rascasse. It's probably been the best place to overtake.

"On top of that he was struggling quite a lot in the last sector, so I was always getting really close there. On that lap I went for the move, and the end result was not what I expected.”

As a result of the incident Ericsson, earned two penalty points and a three-place grid drop for Montreal.

Tech analysis: How Mercedes is responding to the Red Bull threat