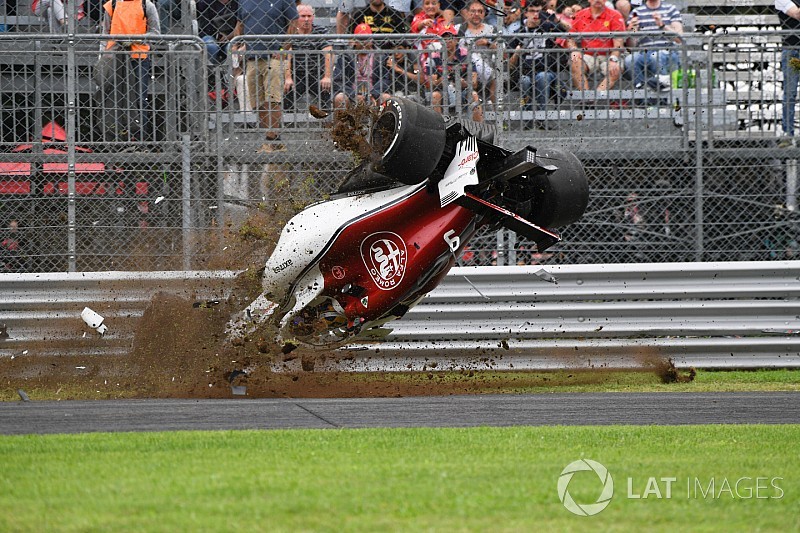 Marcus Ericsson will use a new Sauber Formula 1 chassis for the rest of the Italian Grand Prix weekend following his massive crash on Friday.

Ericsson barrel-rolled spectacularly after suffering a DRS problem when he braked for the first chicane at Monza in second practice.

Sauber personnel had to break curfew overnight to build Ericsson’s car around a new chassis.

The FIA reported that Sauber team members were inside the circuit between 1am and 9am, using one of two exceptions to the curfew allowed over the season.

Ericsson’s new chassis underwent preliminary scrutineering on Saturday morning and was approved by the FIA, while Ericsson himself has been declared fit to drive by the FIA medical delegate.

“The accident I had in FP2 was a big impact – thanks to the strength of the car I am alright,” said Ericsson on Friday evening.

“The team is already working hard to repair the car so that I can be back on track. I look forward to driving again.”

Ericsson was starting his first flying lap in FP2 when he suffered his shunt, while earlier in the day he racked up just 11 laps in the wet opening session.

As the track was still too wet for slicks before the end of FP1, Ericsson will go into final practice without any dry running at Monza this week.

More rain overnight and on Saturday morning means FP3 could also be wet, but it is expected to dry before qualifying.

Williams decides not to use Mercedes F1 gearbox in 2019