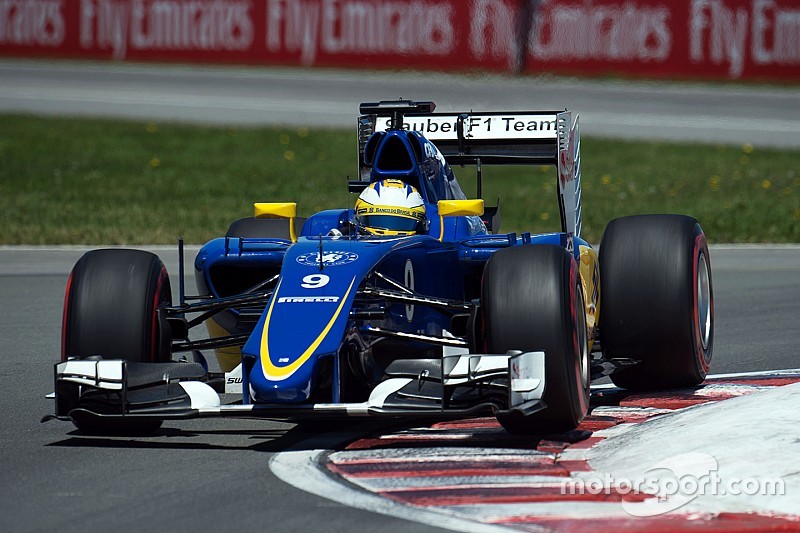 Marcus Ericsson says he should have been stronger at the start of the 2015 season to maximise the potential of the Sauber before its rivals caught up.

The Swiss squad had a strong first few races after bouncing back from a point-less 2014 season, but started to lose ground to its midfield rivals due to a lack of in-season development.

Ericsson, who moved to Sauber from the defunct Caterham team, scored his best result of the year in the first race in Australia, where he finished eighth, but then managed just five points in the remaining grands prix.

The Swede admitted he felt he had underperformed at the start of the year, although he is happy with his second half of the campaign.

When asked to rate his season, Ericsson said: "Maybe a seven. I think it's been a decent year.

"I'm a bit disappointed with my start to the season, especially because I think that's when we had the most competitive package and I didn't really manage to get the most out of that.

"Then the second half of the year I think it's been a lot better from my side and I'm more pleased with that.

"But then at the same time in the second half of the year we lost a bit of the edge compared to our competitors in the midfield. I think it's been a decent year, but you always want more.

"Unfortunately we were sort of outpaced by most of the midfield during the season. We have not been able to update the car as much, which is a bit frustrating, but that's the way it's been.

"I knew that we weren't going to have as many updates during the season and that was something we knew from the start. I feel I should have got a bit more out of it at the beginning of the year."

Ericsson has backed Sauber's decision to be more aggressive with its 2016 car design, saying it is the only way for the team to take a significant step forward.

"I think the concept Sauber has had over the last couple of seasons has been a bit similar, while other teams have changed a bit, and I think it's something we are doing to try to do," he added.

"Be a bit more aggressive with the way we develop the car.

"It will be interesting to see. I think to take bigger steps you need a bit of a gamble because otherwise you will stay on the same level, so I think it's the right thing to do."