Join us as we delve into the latest technical developments on display at the Emilia Romagna Grand Prix at Imola, courtesy of Giorgio Piola and Motorsport Images. 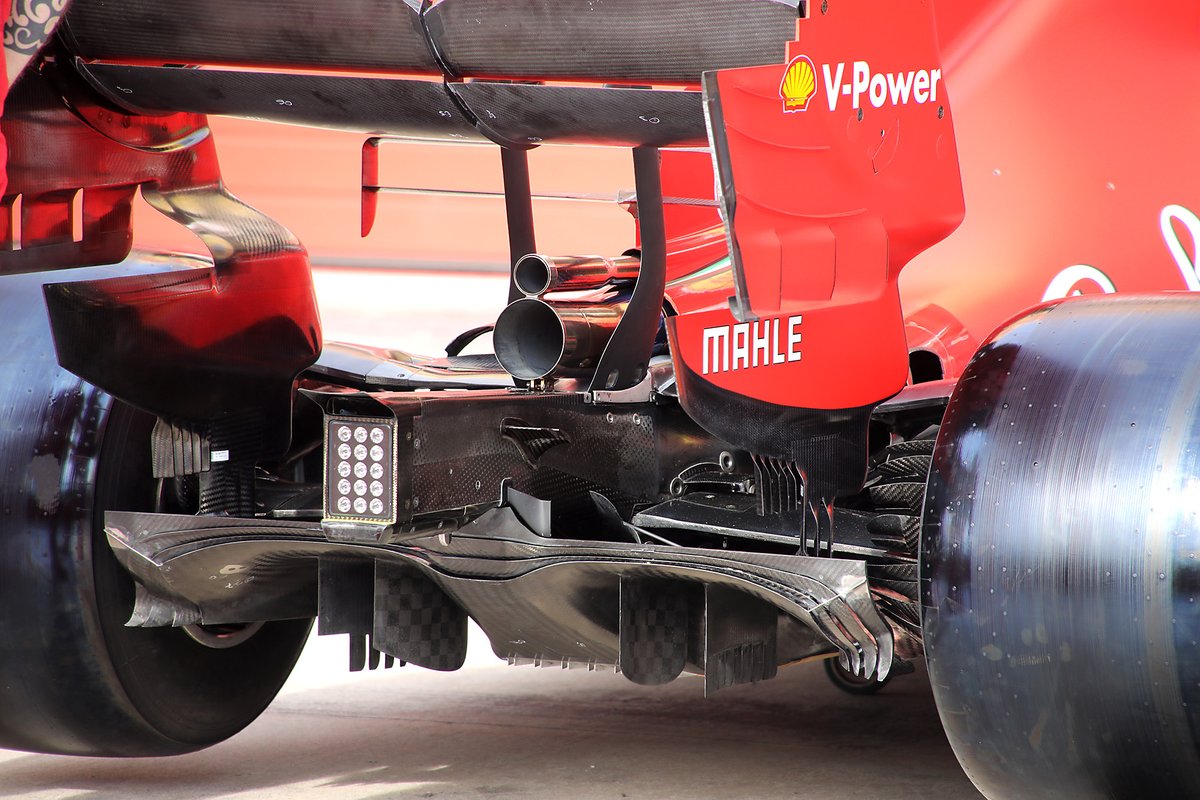 1/14
A great shot of the diffuser on the Ferrari SF1000, featuring the feather-like slots in the outermost vertical strakes. 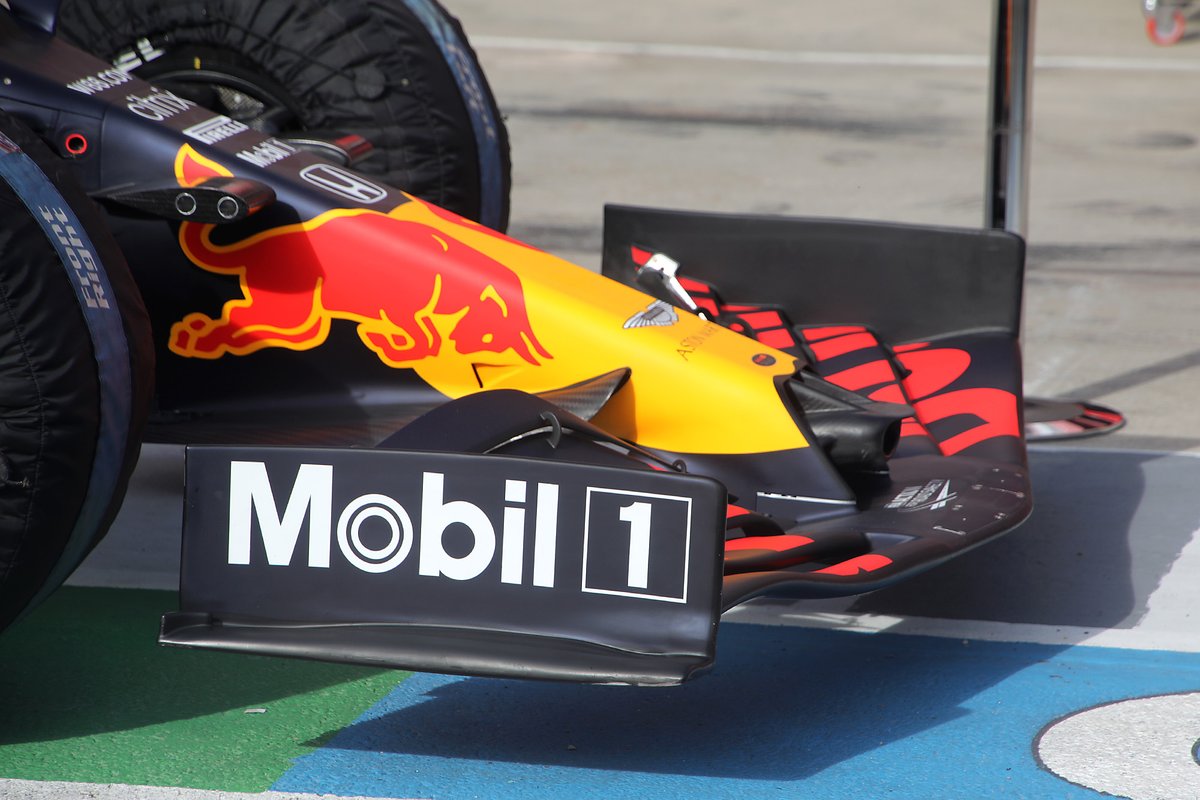 2/14
Red Bull’s front wing and nose package – see how the upper lip of the nose tip inlet sits forward of the rest of the aperture. 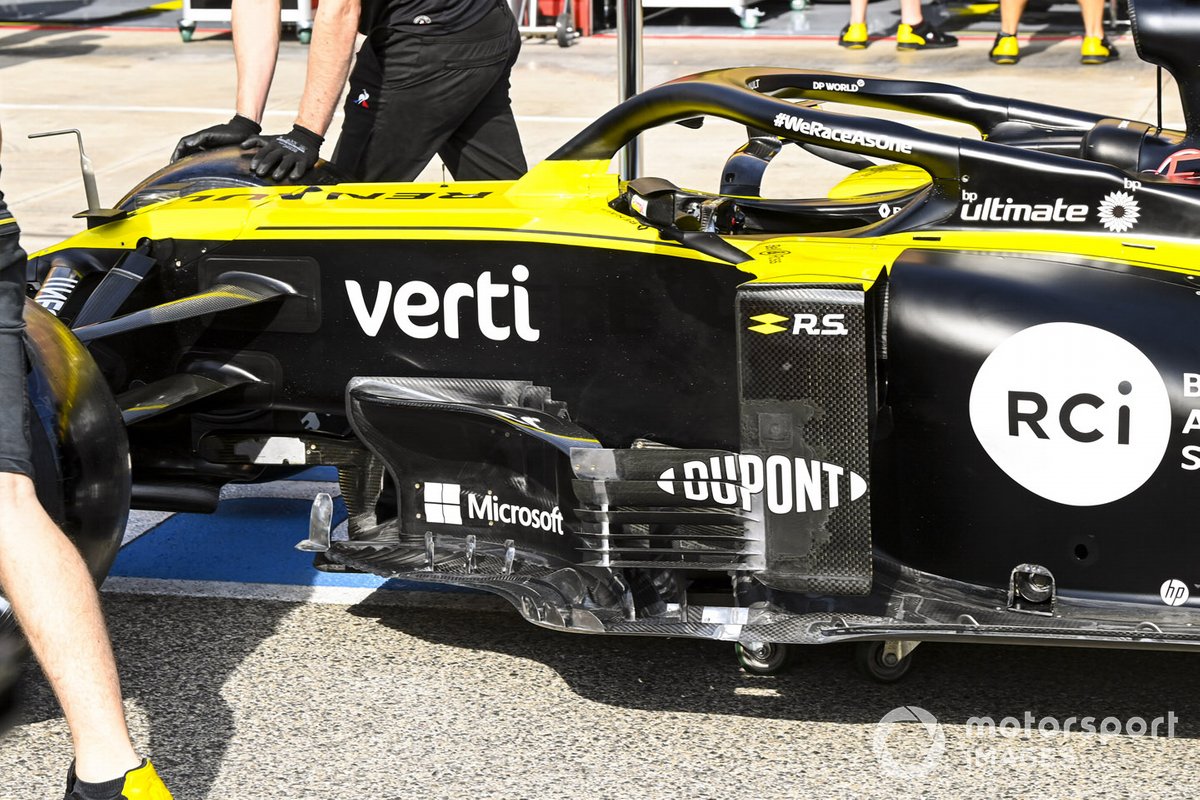 3/14
The Renault RS20’s bargeboard cluster and sidepod deflector array have been treated to updates as of late, with the latter being gifted the venetian blind-like slats that we’ve seen become popular up and down the grid. 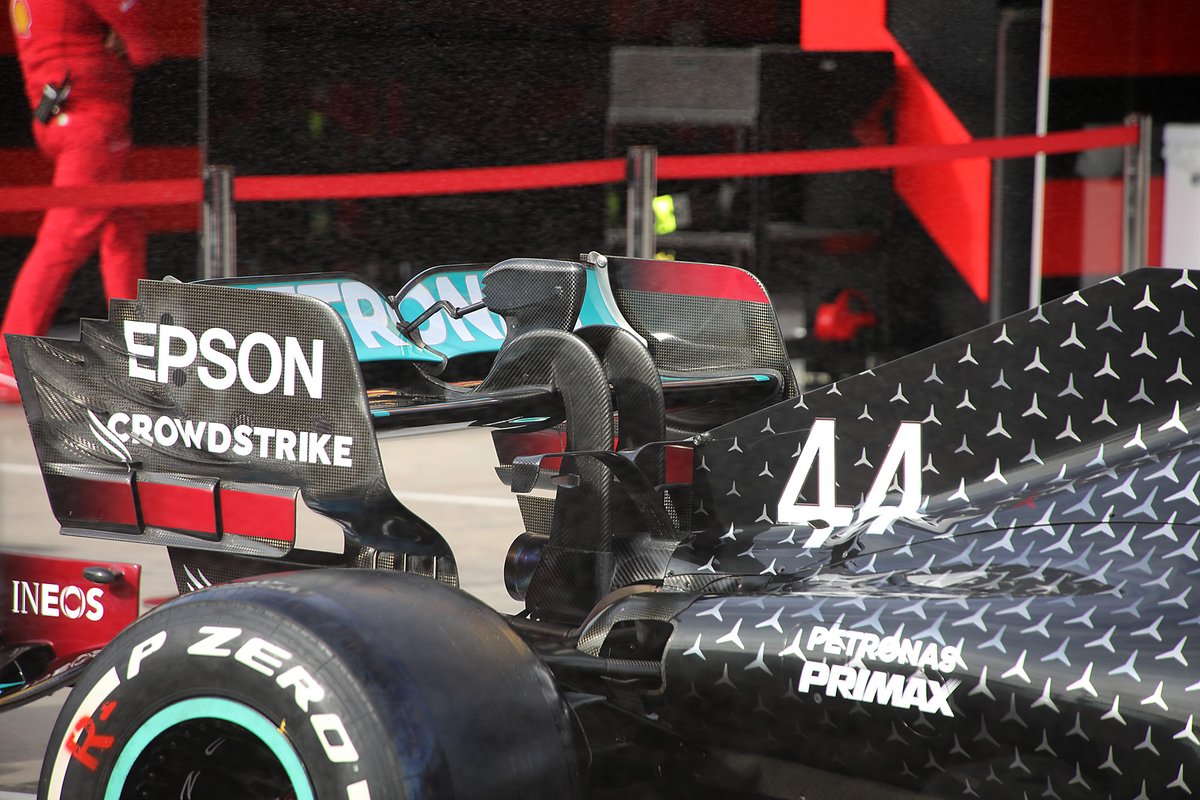 4/14
Mercedes prepared with a high downforce arrangement at the rear of the car, with the twin-pillar rear wing and Y-shaped T-Wing, which has multiple elements in the central section. 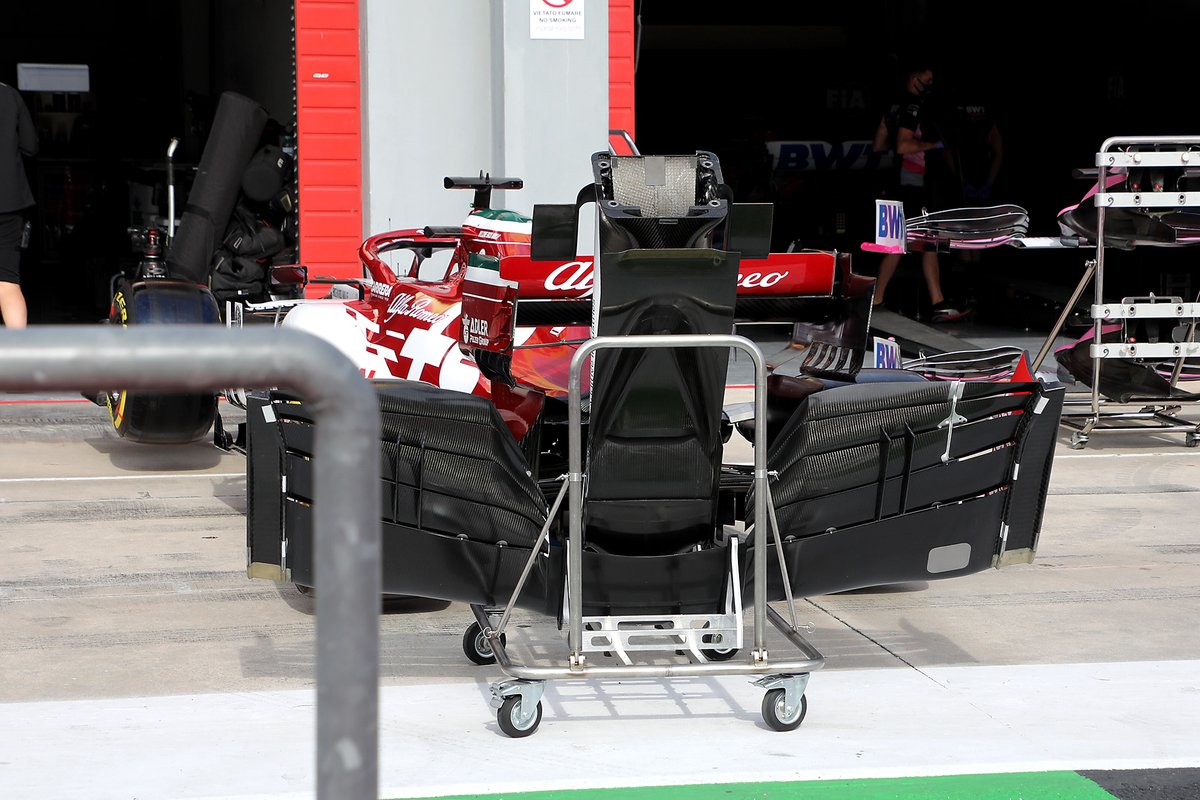 5/14
The Alfa Romeo C39’s front wing and nose assembly viewed from the underside gives away plenty of detail on the Swiss team’s design. Note the contours on the underside of the cape section, which will manipulate the airflow. 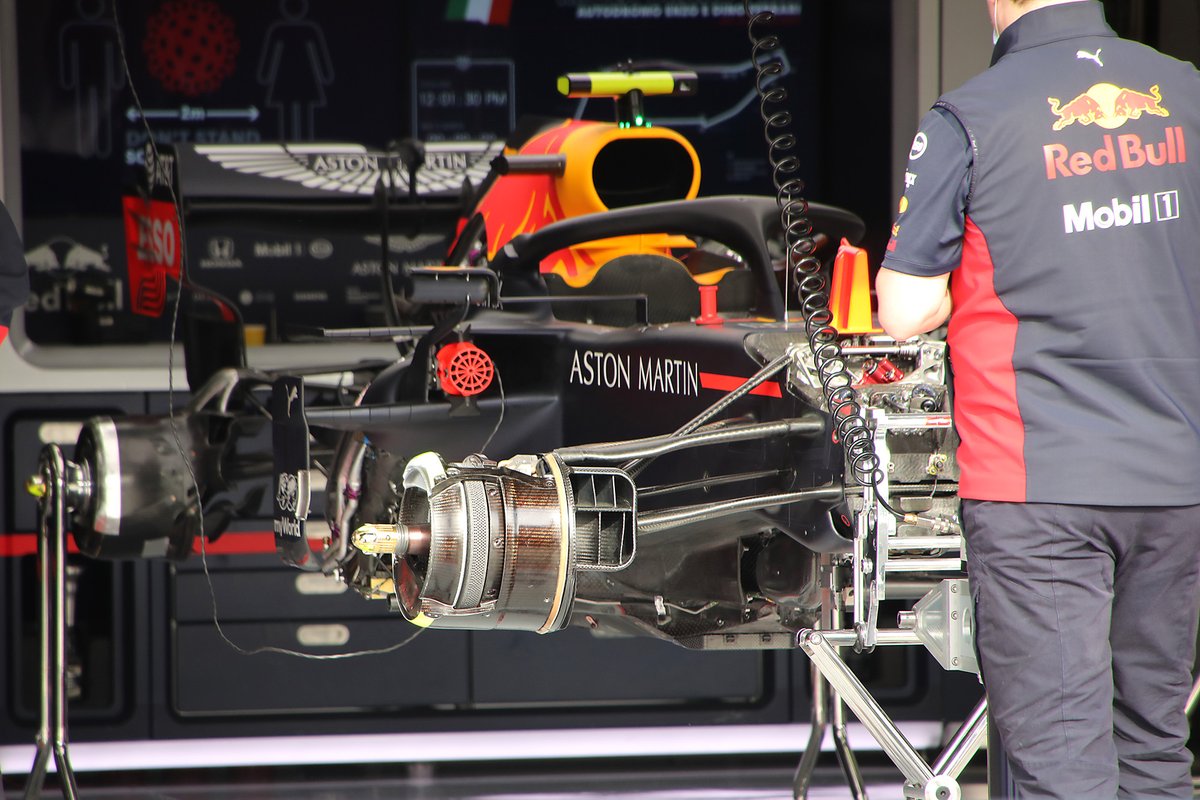 6/14
A look at Red Bull’s front brake assembly in a semi-assembled state, as a cover is usually fixed over the section where you can see the brake disc, in order to form a bypass duct. 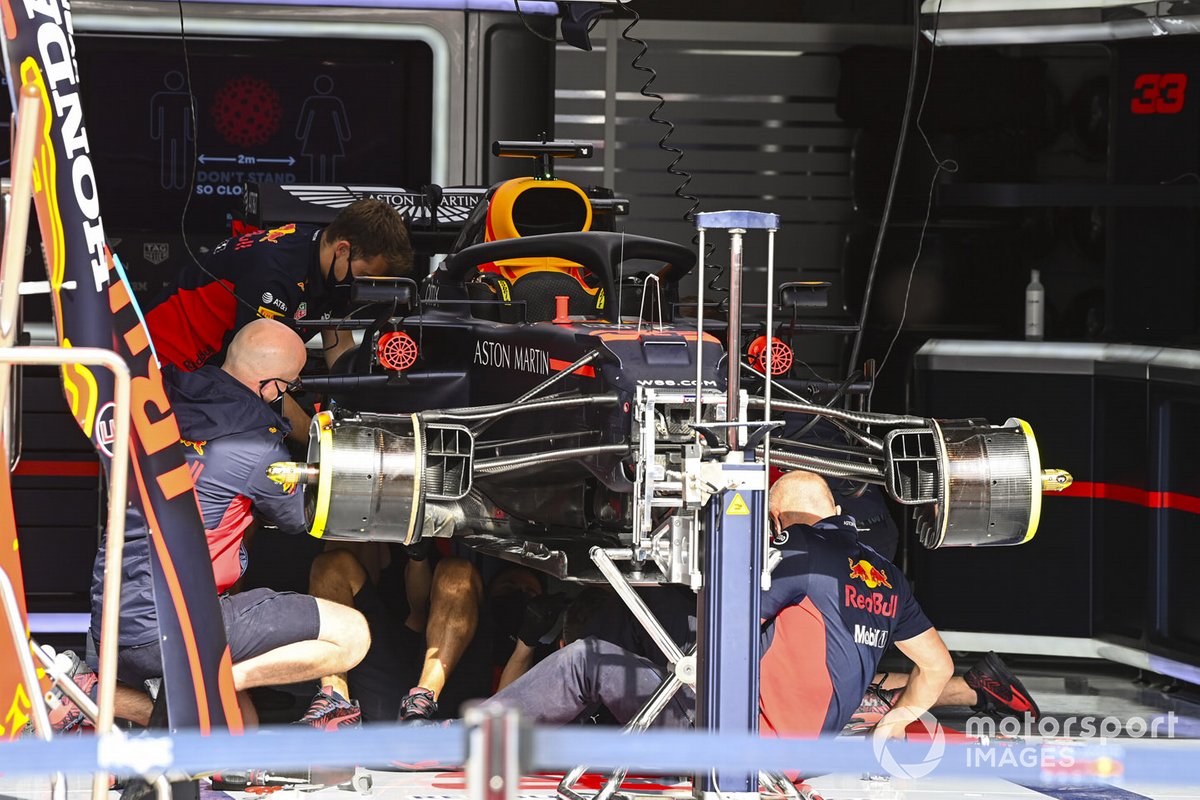 7/14
A comparison of the brake assembly at a later stage in the build process, note how the panel has now been added to form the bypass duct. 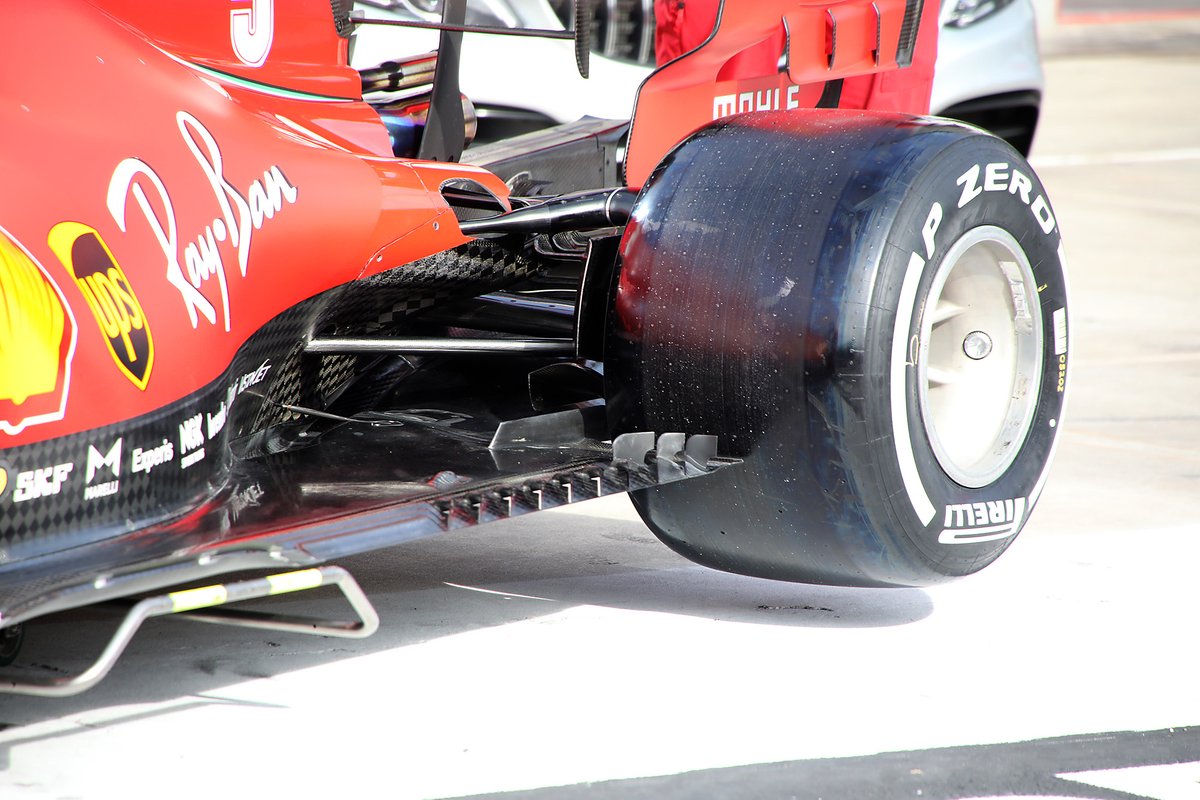 8/14
The three vertical fins added to the floor of both Ferrari cars at Portimao, but note how Vettel’s shown here are rapid prototyped, rather than the full carbon versions installed on Leclerc’s car. 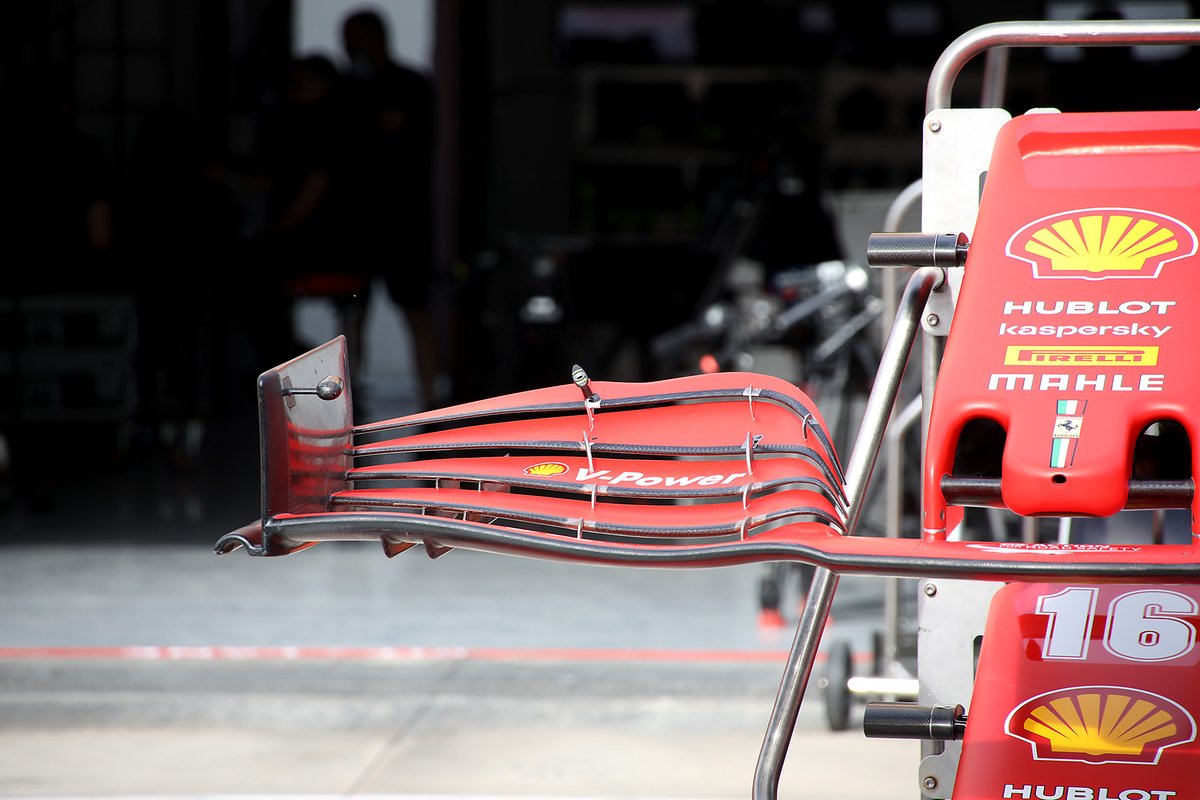 9/14
Ferrari’s front wing, which as can be seen here has been trimmed down to reduce the load on the front end (main cutout begins just behind the adjuster). 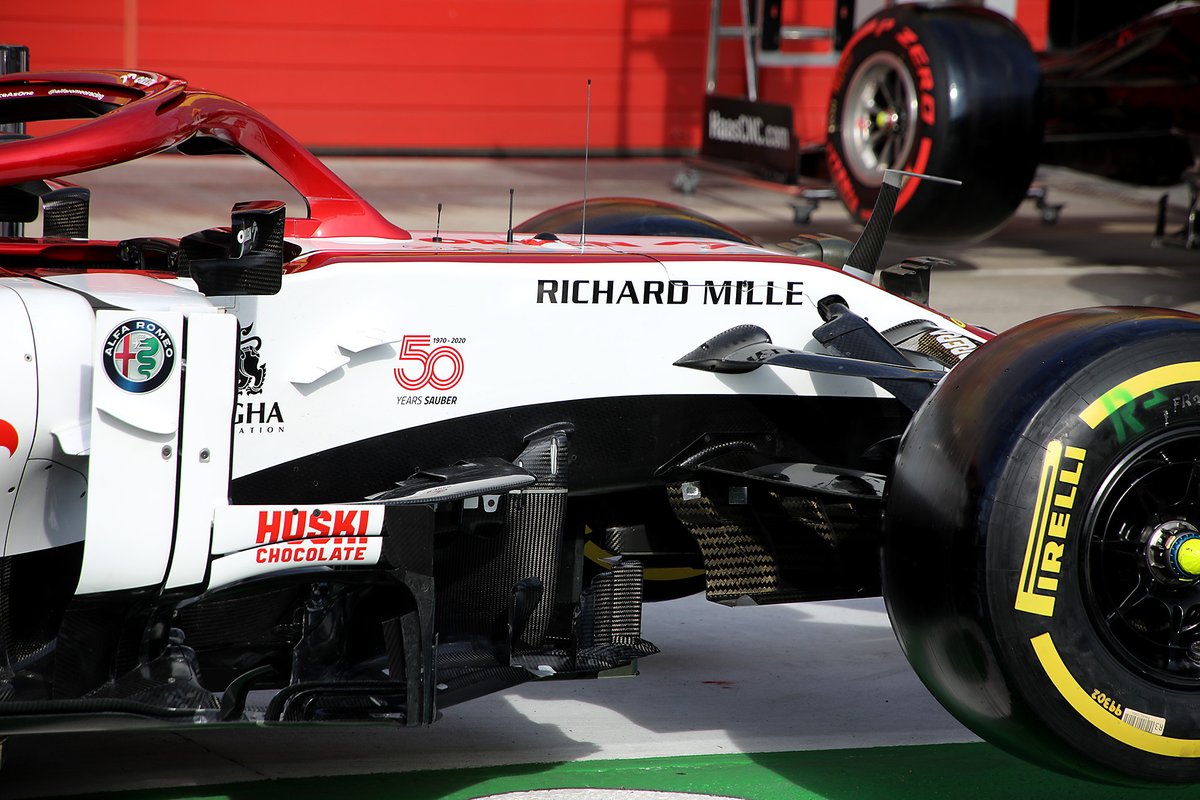 10/14
The bargeboard cluster and sidepod deflector region on the Alfa Romeo C39, also note the pair of chassis fins (mounted just behind the 50 years Sauber logo). 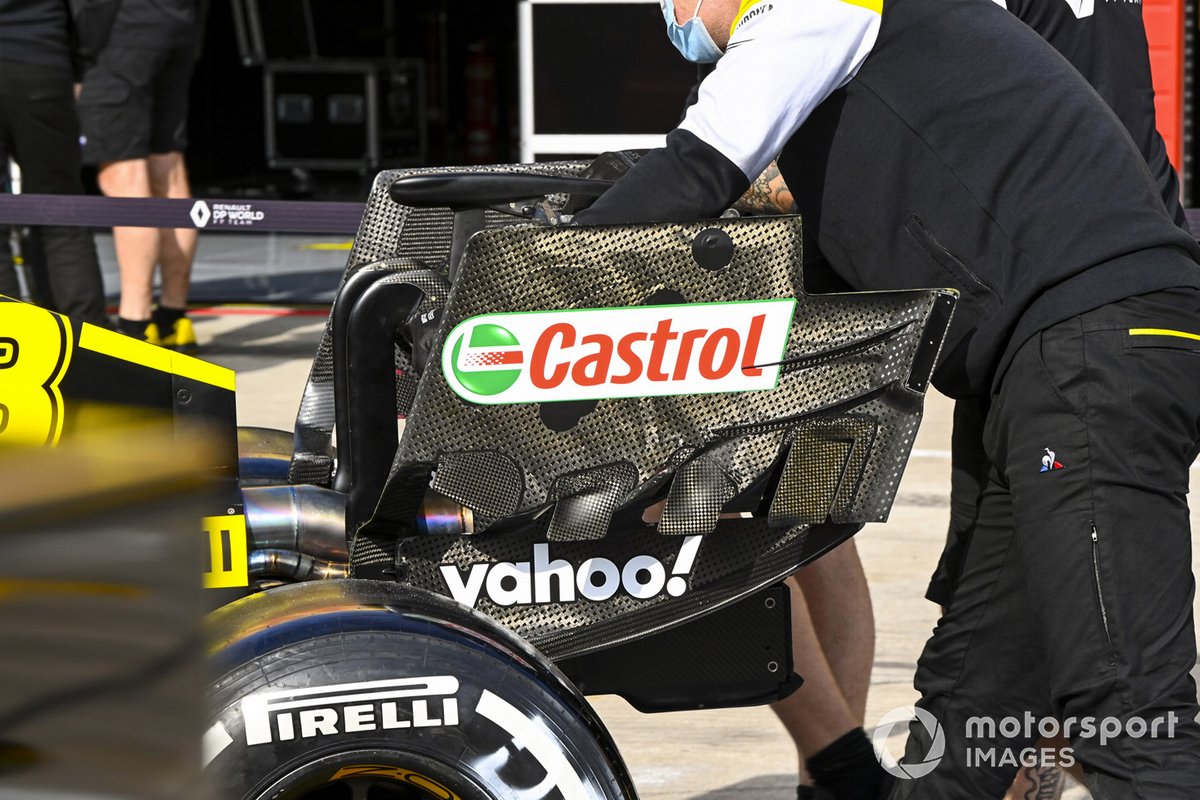 11/14
Side view of the Renault RS20’s rear wing, note that the designers have formed upwash flaps where the two sections of the wing are joined, with the hanging strakes born out between them.

Front wings for the car of Sebastian Vettel, Ferrari SF1000 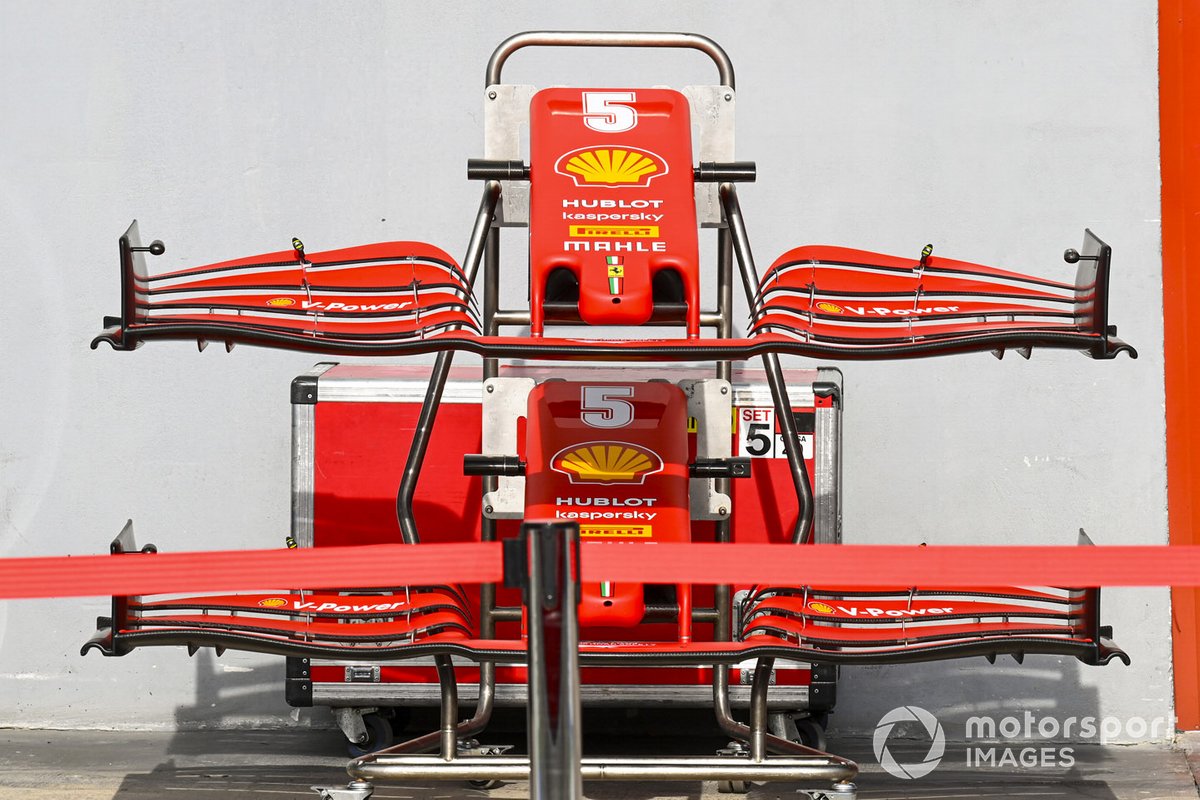 12/14
In this shot of the Ferrari front wing we can see how much lower the inner section of the upper flap is.

Floor and suspension details on the Ferrari SF1000 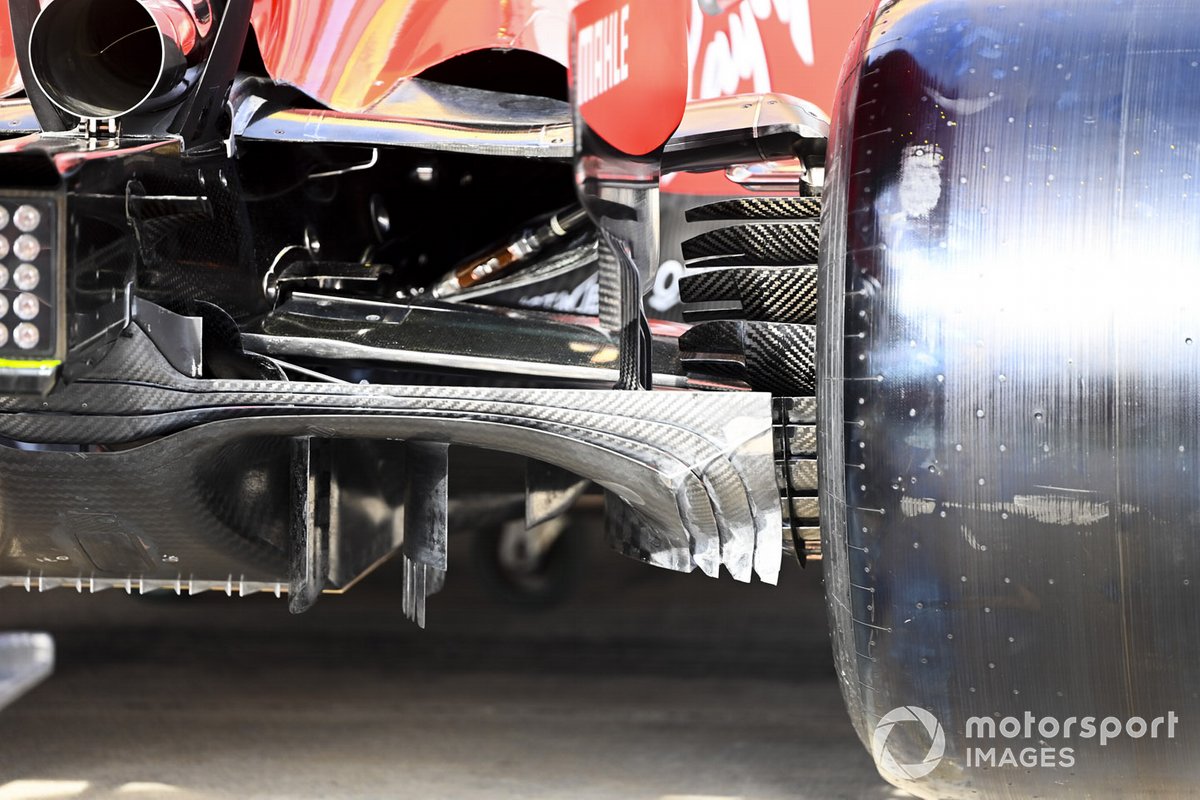 13/14
Another shot of the Ferrari diffuser, this time with a better angle to show the brake duct winglet stack too. 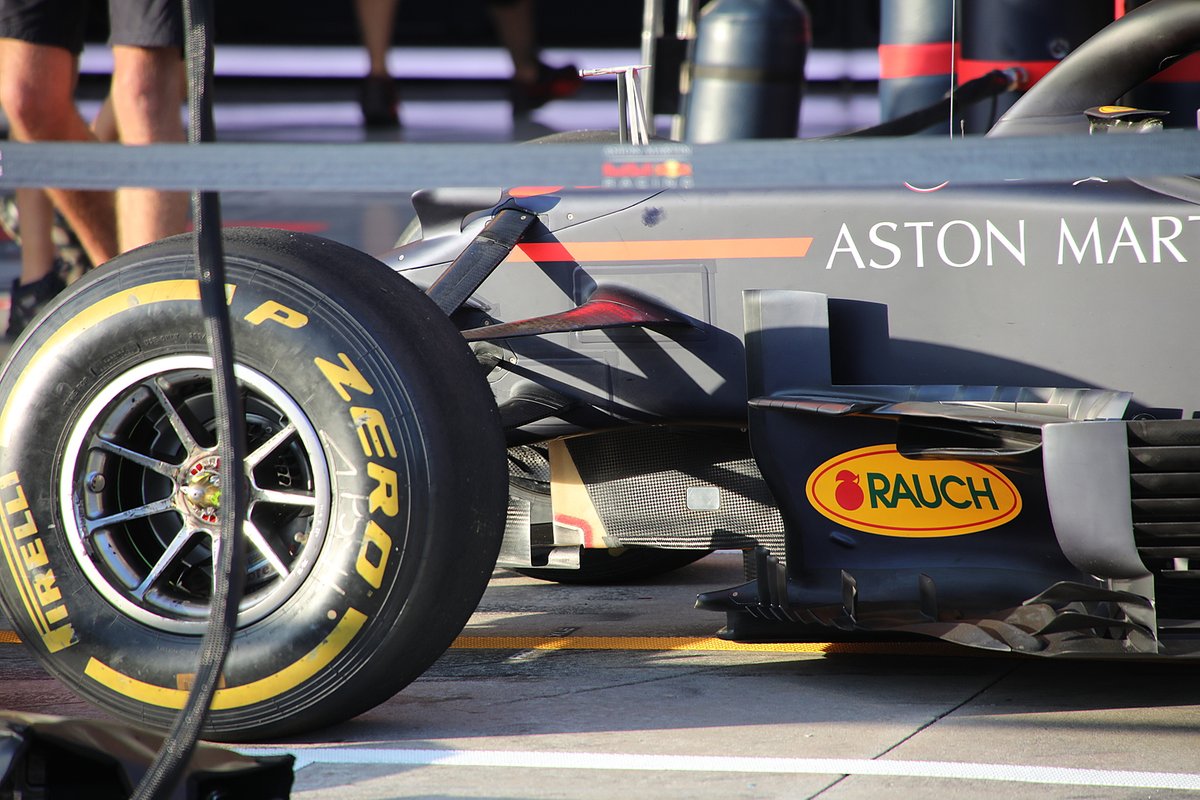 14/14
The front of Red Bull’s bargeboard cluster, which as you’ll note has a much taller section at the front of the main vertical element than the rest of the surface.