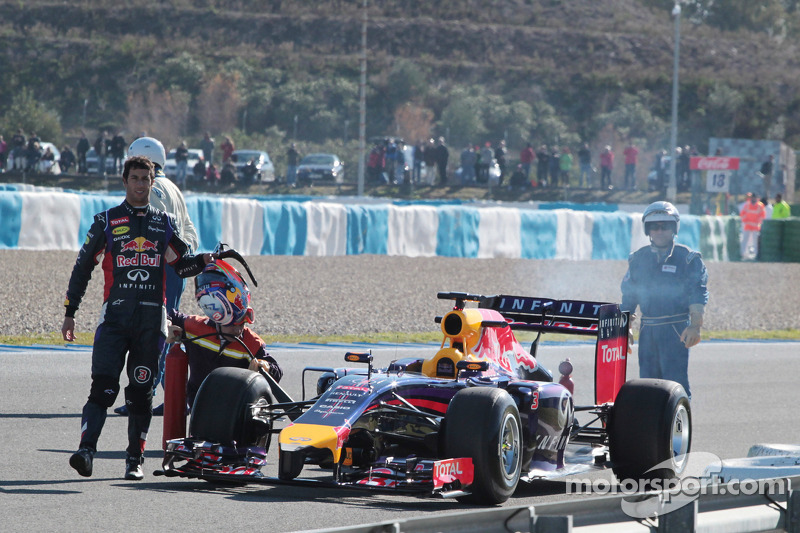 "Look at the last few days. I said it was going to be like this," he told the Daily Mail, referring to the chaos at the opening winter test, headlined by reigning world champions Red Bull's almost total inability to run the new car.

Ecclestone, who railed against the introduction of energy recovery-powered turbo V6 engines, said he isn't taking the blame.

"They (the FIA and the teams) insisted on these new engines," he said. "If they wanted to race like this they should go to Le Mans."

Ecclestone said the arguments about saving fuel, with each driver now limited to just 100 kilos of fuel per race, don't even stack up.

"Mercedes are taking 23 trucks with them everywhere. If they really wanted to save fuel they should stop that," he insisted.

The 83-year-old campaigned fiercely against the beginning of the new era, arguing that the loss of the roaring naturally-aspirated engines would turn fans off.

"People want noise -- something special, that's what F1 is all about," said Ecclestone. "Now we have quiet engines and nobody on the track."

Newey 'back to the drawing board' amid Red Bull crisis