Bernie Ecclestone believes that Ferrari’s return to form in Formula 1 may have been assisted by rivals Mercedes giving it a helping hand with its engine. 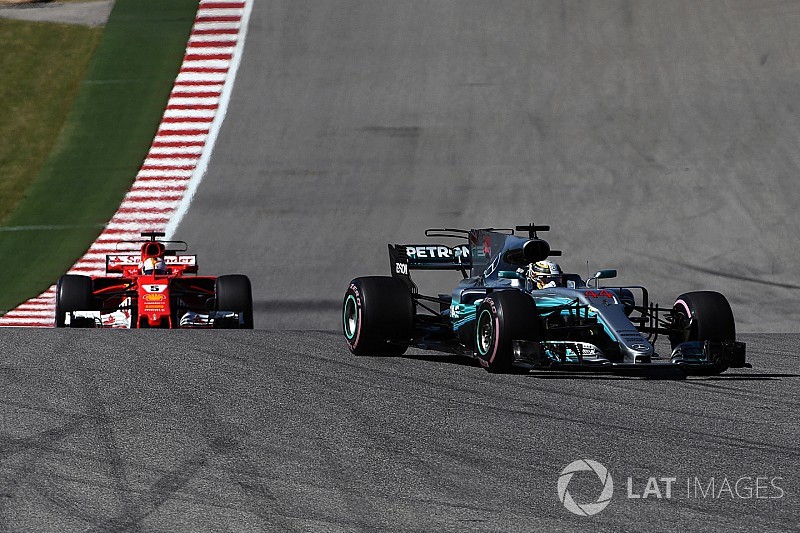 Ferrari emerged as Mercedes’ main threat in the championship this year, having made big progress since a difficult start to the turbo hybrid formula in 2014.

And although a restructuring inside Ferrari over the past 12 months has helped lift its chassis performance, Ecclestone has dropped a firm hint that it was helped on the powerunit front by its main rival.

Asked if Ferrari had had any external help, Ecclestone told Italian newspaper La Repubblica in an exclusive interview: "In this case, no one can know except the one who did ... Certainly at one point a hand with the engine was there.”

Pushed on who gave that help, Ecclestone said: “Mercedes – and for good reason. A world championship won against Sauber is one thing. One won against Ferrari is another.”

He added: “I do not know [for definite]. I say maybe. In the past it has already happened with Honda. And if Mercedes had decided to translate technology to Maranello, I say it was a good move.

“It is also certain that with the friendly situation between the two teams, the best thing for Stuttgart in 2017 was to make sure that a) that Red Bull did not have the most powerful engines and b) Ferrari was competitive enough to be a credible rival to beat.”

Red Bull boss Christian Horner was not totally convinced that there had been direct assistance from Mercedes, but had noticed a very close alliance between the two teams.

“Well, it’s usual Bernie thinking, I would say, in the way that he’s pieced that together,” explained Horner.

“It’s very clear that there’s a very tight relationship between Ferrari and Mercedes, the way they operate in meetings, one won’t lift the hand up without the other one being in agreement these days. So there is that dynamic.

“It’s not the first time that’s happened in Formula 1, it won’t be the last time. As far as whether or not one has helped the other, that’s not our business. I’ve got no idea. I’d be surprised but yeah… what you see with Mercedes and Ferrari today, they’re very aligned in all of their thinking.”

Ecclestone also revealed that there were moves when he ran F1 with Max Mosley to give Ferrari special assistance from on high.

“Teams are important for the F1, but Ferrari is the most. That's why over the years, many things have been done that have helped Maranello win. "

Pushed further, and whether F1 race director Charlie Whiting went out of his way to help British teams, Ecclestone said: “No. Charlie has always done what he was supposed to do. Instead, Max has often helped Ferrari. And I too. We all wanted the Ferrari to win.

Red Bull has winning pace but a major problem to conquer