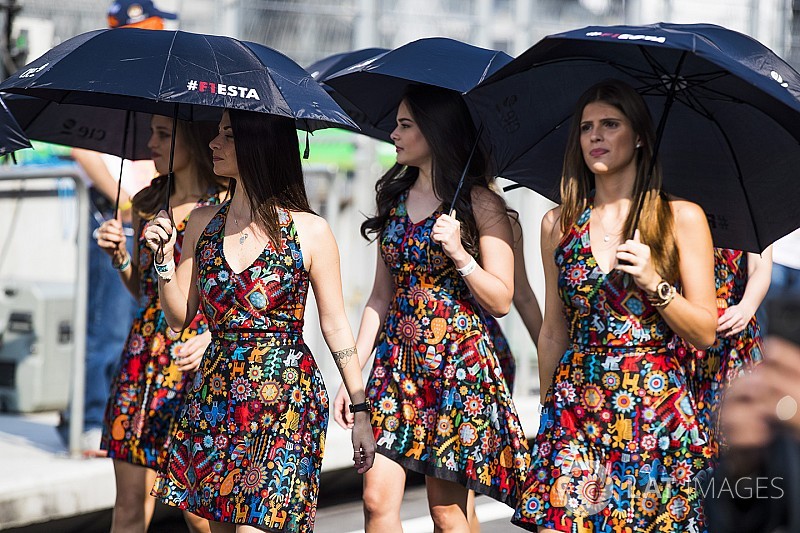 Former Formula 1 supremo Bernie Ecclestone has hit out at the decision by grand prix racing's current chiefs to ditch the use of grid girls from this season.

The decision has become a major worldwide talking point – grabbing front-page attention in some newspapers – with opinions on the matter hugely divided.

Ecclestone does not understand the move, though, and claimed that he saw no grounds for anyone to be offended by the old practice of using grid girls.

"The country at the moment is getting a bit prudish," he told The Sun newspaper. "You should be allowed to have grid girls because the drivers like them, the audience like them and no one cares. These girls were part of the show, part of the spectacle.

"I can't see how a good-looking girl standing with a driver and a number in front of a Formula 1 car can be offensive to anybody.

"They are all nicely dressed. I would think people like Rolex and Heineken wouldn't have girls there who weren't presentable.

But others have moved to support Liberty's decision – believing that it was right F1 moved away from something that had started to draw criticism.

Stuart Pringle, managing director of Silverstone circuit, told the BBC: "We wholeheartedly support the decision by F1 to drop the use of grid girls - it is an outdated practice that no longer has a place in sport."

Liberty's decision has, however, drawn its biggest criticism from former grid girls themselves, who are unhappy that they have lost job opportunities because of it.

Several took to social media to voice their unhappiness at what has happened, and thinking it wrong that women should be told what they could or could not do.

One, Rebecca Cooper, wrote on Twitter: "So the inevitable has happened, F1 grid girls have been banned.

"Ridiculous that women who say they are "fighting for women's rights" are saying what others should and shouldn't do, stopping us from doing a job we love and are proud to do. PC gone mad."