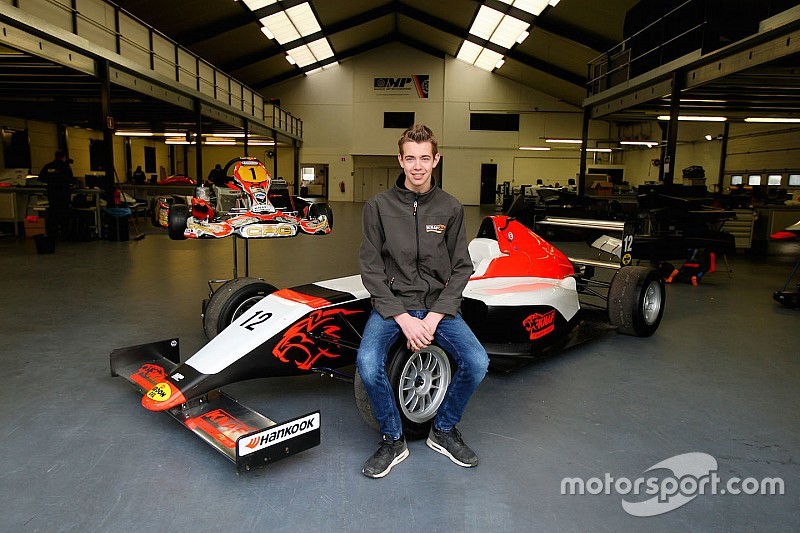 Richard Verschoor has joined the ranks of the Red Bull Junior Team, having impressed the programme's boss Helmut Marko at Sochi.

The Dutchman, who had previously established himself as one of them marquee names in junior karting, made his single-seater debut in the SMP F4 NEZ Championship two weeks ago, when the series ran on the support bill of the Russian Grand Prix.

He won the first race after a long battle against compatriot Jarno Opmeer - and looked to pass Opmeer round the outside in the second race when his rival spun out and collected Verschoor, taking him out of the race with a broken steering.

Verschoor’s overtaking attempt was spotted by Marko, who subsequently asked the 15-year-old youngster to see him in the Red Bull hospitality in the F1 paddock.

“This is very cool”, Verschoor told Motorsport.com about joining the Red Bull Junior Team. “This all came together very quickly.

“I was feeling frustrated about the race and then, all of a sudden, I was asked to go the F1 paddock and talk to Dr. Helmut Marko.

“At first I did’t even realize what was going on, because of my frustration. But while I was sitting in the Red Bull hospitality, it got through to me. This is a dream, really!”

“Max is a great driver, everybody knows that”, Verschoor said.

“I’m not a big fan of comparing myself to others. I just try and do my best, and I hope that I can achieve the same as him. We’ll see what happens.”

Verschoor recognises it will be difficult to ascend the junior single-seater ranks as rapidly as Verstappen did.

“That would be very ambitious. I’m also not someone who would say these kind of things about himself. But up til now, things are moving very quickly in the right way.”

Verschoor’s arrival in the Red Bull Junior Team is a major triumph for the Dutch F4 initiative, which was launched this year by Dutch motorsports federation KNAF and MP Motorsport, the team that runs the Dutch competitors in the SMP F4 NEZ Championship.

“This is a great championship for drivers who want to make the switch from karting to single-seater racing," Verschoor confirmed.

“It’s not too expensive and there is of lot of prize money. Plus, you can earn a seat in the new FIA Formula 3 Light series, which will start next year.”

Verschoor will continue to compete in the SMP F4 NEZ Championship this year, "probably with Red Bull colours on my car, suit and helmet," he confirmed.

"In addition, we will do three races in the German Formula 4 championship, just to get some extra experience.

“If all goes well, the future looks really bright. We will work hard to get good results. And I hope we can make some big steps next year as well, just like this year. But in the, meantime, I need to continue to perform well.”