Dutch Grand Prix chiefs are still hoping the FIA will allow DRS to be used through the banked final corner once Formula 1 drivers have got a first taste of the track.

Zandvoort has revamped its circuit ahead of the return of F1 this weekend, and part of its efforts included creating a spectacular banked bend named the Arie Luyendyk corner.

But although the 18-degrees of banking was constructed after both FIA and F1 simulations showed it would allow cars to run through there with their rear wings open, ahead of the weekend it has emerged that DRS will not be allowed.

Instead, the first of two DRS zones will open just after the exit of the corner, delivering around 600 metres of slipstreaming potential before Tarzan.

But while the situation has caused some surprise to Dutch GP officials, who are well aware of how difficult overtaking is going to be, there remains some hope of a change of heart if F1 cars have no trouble navigating the banked bend on Friday.

Jan Lammers, who is sporting director of the Dutch Grand Prix, told Motorsport.com about the decision: “I was surprised, but not astonished. 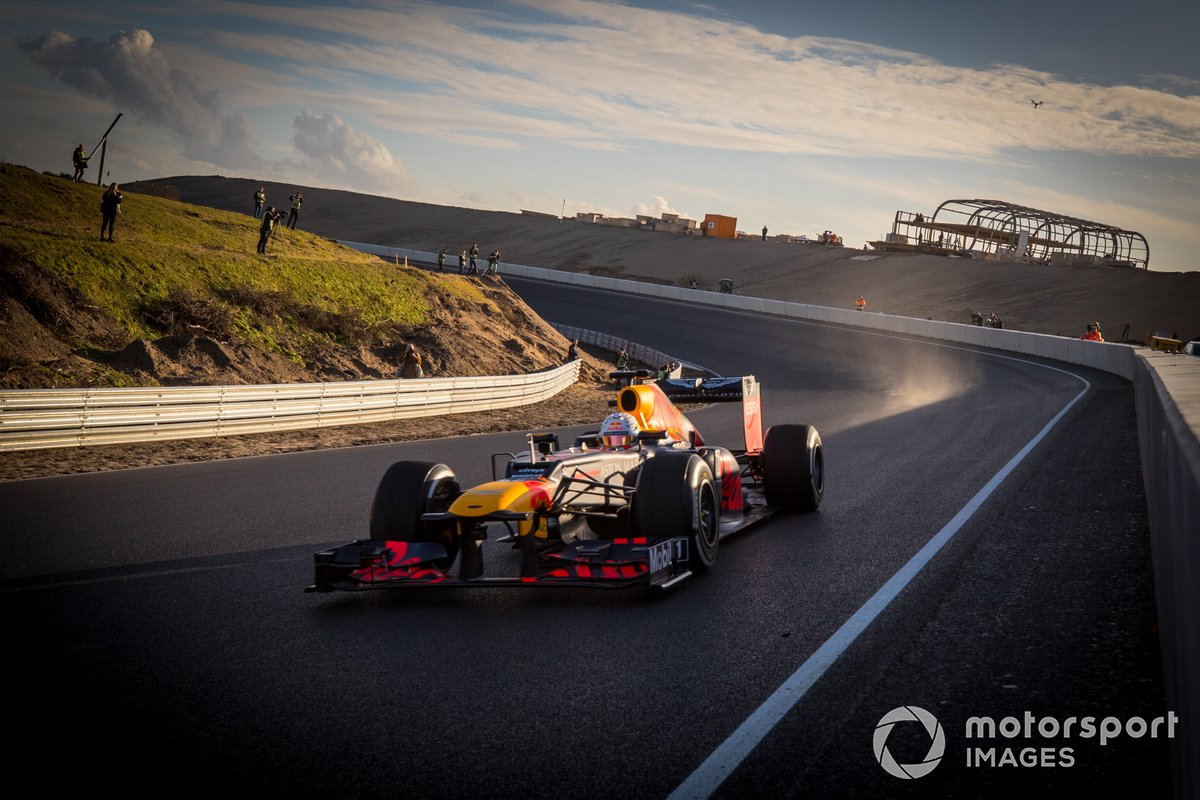 "I think it's normal that they want to look at the data and hear the reactions of the drivers first. I think it's sensible that they made that call and that they want to analyse the facts first. But I think the FOM will be the first to adjust it when they see it is safe to do so. Then that will happen immediately."

Lammers reckons that a change could come as early as Friday night, once the FIA has seen how the real situation through the corner matches what was shown on simulations.

"I don't know how quickly they can change it, and now I'm just talking spontaneously, but it could well be that they have seen enough by Friday night so that the DRS can be opened earlier," he added.

"In the simulation it seems possible, but they want to see it in real life first. Then the downforce differences really become clear. In the simulations, those don’t come out that well.”

Two-times Indy 500 winner Luyendyk pointed out on social media on Thursday that the idea behind the banked bend was to allow DRS to be open through there.

Why F1 drivers are returning to their roots at Zandvoort