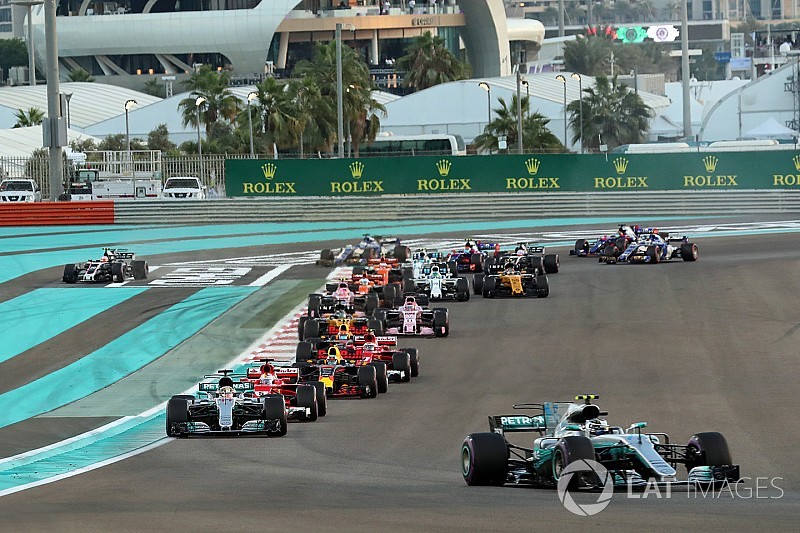 Formula 1 boss Chase Carey has admitted that the recent Abu Dhabi Grand Prix – which was universally panned for its lack of entertainment – was a good demonstration of why the sport has to change.

Speaking at the BRDC Awards on Monday, Carey insisted that F1 teams understand the need to create closer competition and promote better racing, even if there is a lack of consensus on the details of how to achieve that.

"Abu Dhabi puts on a great show and a great event," Carey said. "But the race in Abu Dhabi was not what we want in the sport today.

"And I think there's broad-based agreement amongst the teams.

"Obviously on specifics there'll be differences, but there's broad-based agreement on things we need to do to make the competition better, make the action better, make the sport more captivating, have other cars have a chance to win, have the unexpected happen, and have events happen on the track that really live up to what makes F1 so special.

"Everybody knows the initiatives we have in terms of engines and costs and rules and the like. We're all driving to achieve that."

Carey conceded that it will always be difficult to make long-term fans of the sport to accept change.

"Probably the people who have been with it the longest, and are the hardest core fans, probably they're the ones that have liked that what they've grown up with," he added.

"They are the foundation of the sport, so our historic fans are tremendously important.

"It's a great sport, with great stars, a great brand, great heroes. It is an incredibly captivating sport which combines competition with state of the art technology, that I think shocks and awes fans. It's great, but we can make it much better.

"We've used the word spectacle, and it should be."

Video: What made the Mercedes F1 W08 so good