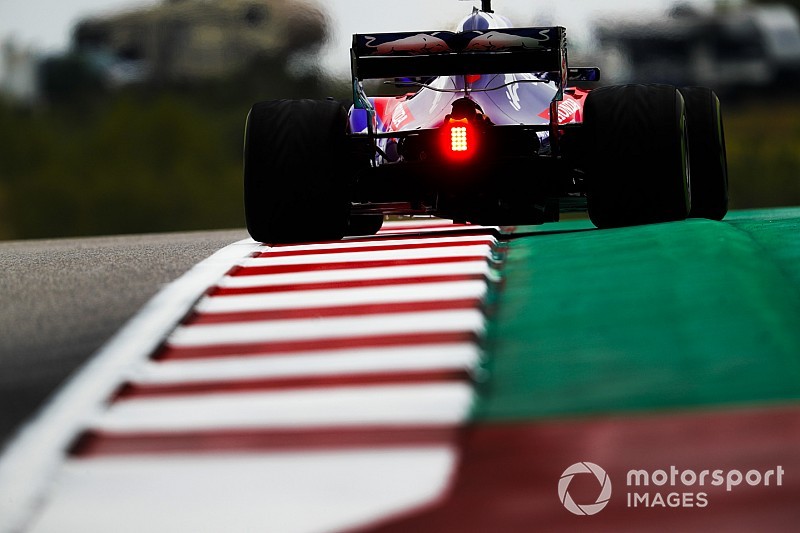 Formula 1 drivers have been told that the FIA will take a no-tolerance approach to any abuse of track limits at Austin's penultimate corner.

In a note sent to teams by F1 race director Charlie Whiting on Saturday morning, he warned that any driver whose car runs completely off track on the exit of the downhill left-hander at Turn 19 in qualifying will have his laptime deleted.

Furthermore, any consistent abuse of the run-off area there in the race would risk the driver being reported to the stewards.

Whiting wrote: "If a driver crosses the kerb on the exit of turn 19 during qualifying and, as a result, no part of the car remains in contact with the red and white section of the kerb, the lap time of the driver concerned will be deleted by the stewards.

"During the race a black and white flag will be shown to any driver who clears the red and white section of the kerb three times, any further occurrence will then be reported to the stewards.

"Each time any car clears the red and white section teams will be informed via the official messaging system."

Ahead of the United States GP weekend, F1 chiefs moved to clear up track limits issues on the inside of Turns 16 and 17 following the controversy surrounding Max Verstappen's last-lap overtake of Kimi Raikkonen last year.

The FIA installed two new kerbs there to deter drivers from trying to cut the corner.

Live: Follow qualifying for the US GP as it happens