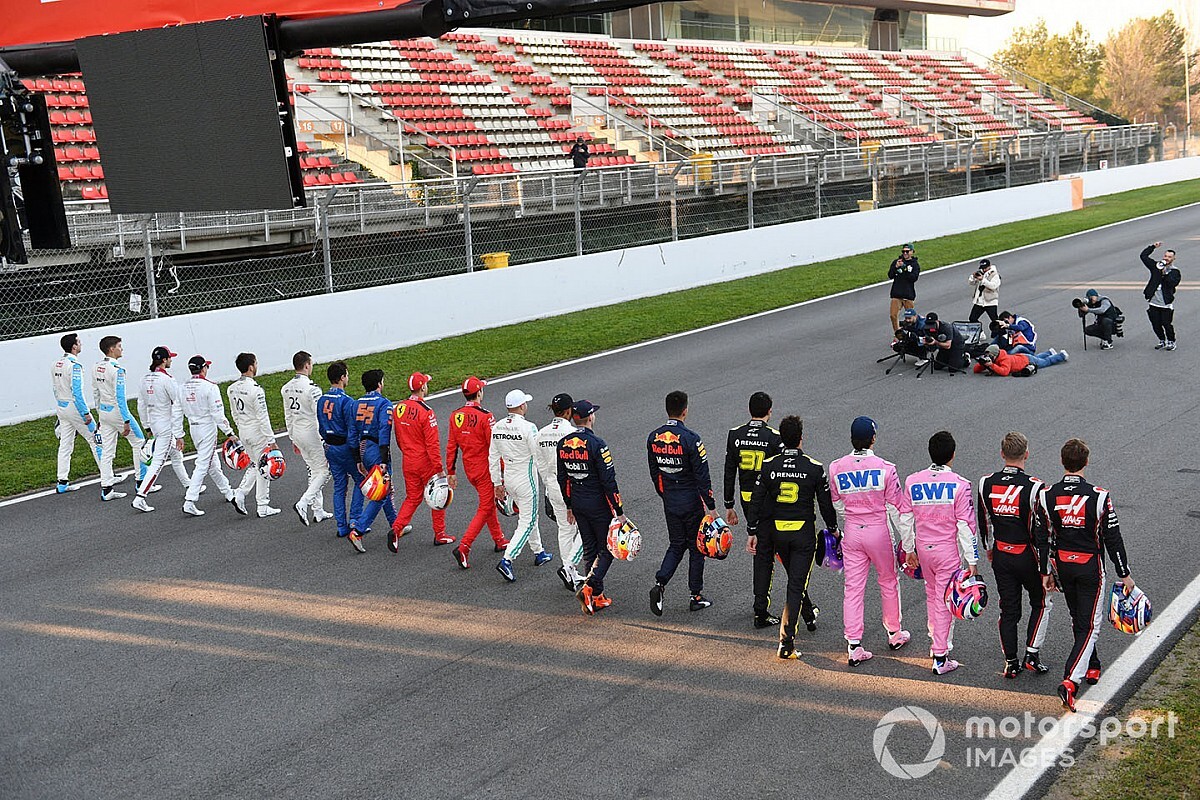 Formula 1 drivers could take a knee on the grid before Sunday's season-opening Austrian Grand Prix to show solidarity with protests against racial injustice around the world.

Amid the ongoing activism against racism in recent weeks, F1 has launched the We Race as One campaign targeted at improving inclusion and diversity within the sport, while Mercedes has switched to a black livery for the full 2020 season as part of its anti-racism message.

Prior to the start of the opening round of Premier League football matches this month, players took a knee at kick off in a show of solidarity with the Black Lives Matter movement.

McLaren's Lando Norris has revealed a similar move is under discussion between the F1 drivers ahead of the race in Austria on Sunday.

"Some of the drivers have already been speaking [about taking a knee]," Norris told PA Sport.

"If we are going to do it, we should all do it as a grid. It will be discussed following the drivers' briefing with the Grand Prix Drivers' Association on Friday.

McLaren F1 chief Andreas Seidl said the team would support its drivers should they wish to take a knee before the race.

"We obviously fully support all the initiatives which are ongoing at the moment," Seidl said in a conference call with select media on Tuesday.

"We are very close there with Formula 1. We leave it completely to our drivers how they feel they have to deal with the different initiatives which are in discussion at the moment."

As part of the announcement of its new livery for the 2020 season, Mercedes also confirmed plans for a new scheme to improve diversity within its team, revealing just 3% of its workforce identify as belonging to an ethnic minority.

Seidl said McLaren was also actively involved in schemes to improve diversity in its workforce.

"Racism or discrimination is clearly something which has no place at McLaren," Seidl said.

"We are running a lot of different initiatives also to support minorities or groups that are currently under-represented in our organisation, to simply get even better opportunities, to get the chance to get into our team.

"We are looking into our processes of how we hire people, how we promote people also within our organisation. It simply doesn't matter for us which religion someone belongs to, the colour of their skin, lifestyle, gender, etc.

"We strongly support all the initiatives Formula 1 is putting out there at the moment."