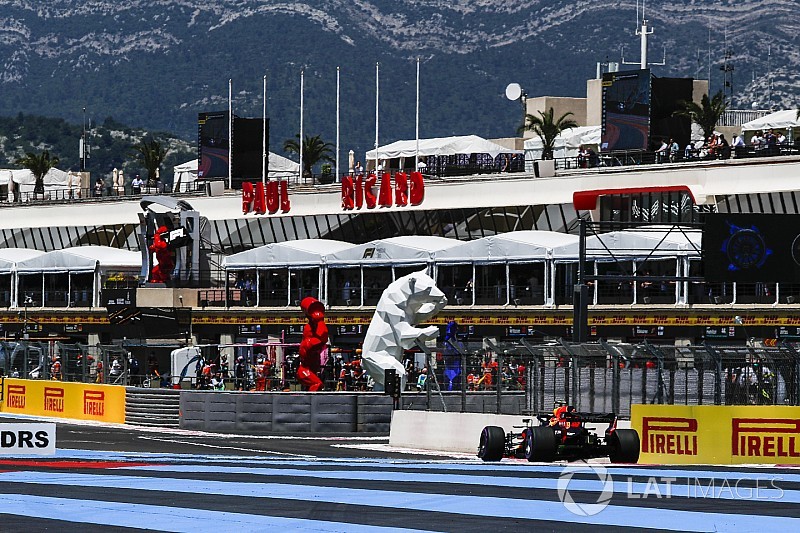 Formula 1 drivers and team insiders have expressed doubts about both the pit entry and exit at Paul Ricard – with the rain predicted for the French Grand Prix potentially adding to their concerns.

Both layouts were discussed at length in Friday evening's drivers briefing, although there was no scope to make any changes within this weekend.

The entry has aroused concerns because drivers have to make a tight left turn right in front of the Mercedes pit, potentially putting the Brackley team's crew members at risk.

That led to race director Charlie Whiting cutting the speed limit from 80km/h to 60 km/h after FP1, in order to reduce the risks.

However, drivers have suggested that it could still be tricky in the wet.

The exit has attracted attention because cars emerge on the racing line, and there are concerns that spray could be an issue in the wet.

Mercedes team principal Toto Wolff admitted that he had some concerns for the safety of his crew members, especially after the recent DTM race at the Hungaroring, when three officials were injured in accidents when drivers lost control in a wet pitlane.

"I'm particularly sensitive after what has happened in DTM," Wolff said.

"We had some terrible accidents with dreadful injuries, cars aquaplaning into people, and into pit equipment. Tomorrow with rain, clearly the garage entry is a worry.

"But I have 100 percent confidence in Charlie and his men that by reducing the speed limit, it will be OK."

In Friday's drivers briefing, Lewis Hamilton questioned why Mercedes had been given the first pit garage, by the left hand kink, when garages at the far end of the pitlane are either empty, or are being used by the FIA.

His rivals shared his concerns.

"For us drivers, we are protected in a way," said Daniel Ricciardo. "It is the mechanics who are at risk.

"The layout of the entry is not the best, but it is such a long pitlane. I am sure Lewis won't mind me mentioning, but he asked why did we have to start the pit boxes so early, why could we not push it all back?

"So we are not turning into the mechanics, so to speak. I think he had a valid point, so with the current layout it is something they could have easily done. In the wet we will have some caution."

"With the guardrails and the angles you're entering the pitlane it's putting some of the guys, especially at Mercedes, at risk," said Stoffel Vandoorne.

"It happens very fast and for sure 60km/h is better already but I think they could have done a bit better by moving all the boxes a bit further away.

"It seems there are another couple of boxes at the other end of the pitlane. I think there was an easy solution in place."

Carlos Sainz is particularly concerned about the exit, especially in wet conditions.

"I think we are all very conscious of that, and we all know that tomorrow probably that one stop you're going to make with a tiny bit more awareness.

Regarding the possibility of rain he added: "I haven't seen the forecast but it looks like people are starting to talk about rain again for tomorrow. If that's the case we need to be careful, because that pit exit, if you get a bit of spray and you don't see the car coming, it could be a bit of a situation.

"But we're Formula 1 drivers, and we hope that we can avoid any kind of strange situation." 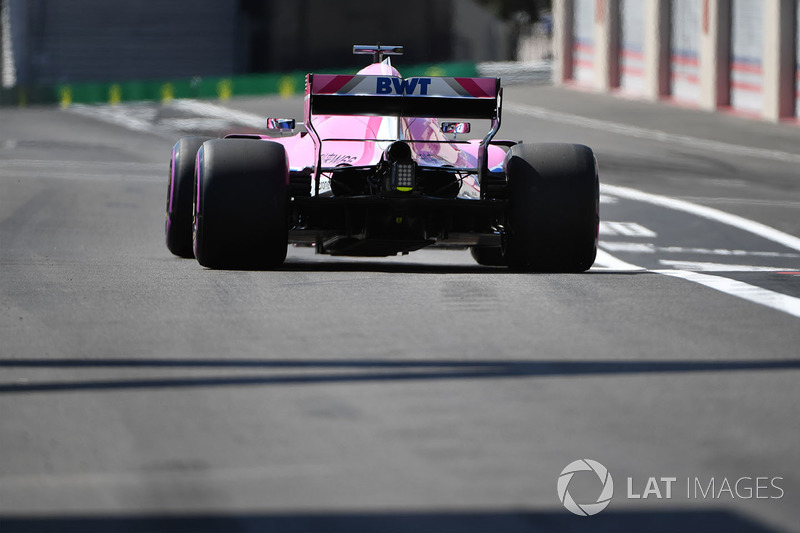