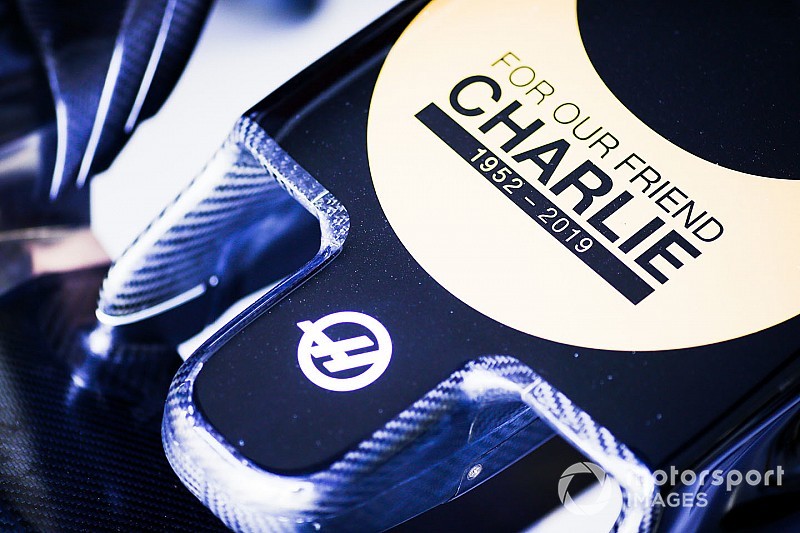 All sections of the motor racing world have been paying tribute to Charlie Whiting, who tragically passed away on Thursday.

The sport was shocked to learn the sad news of the death of FIA race director Charlie Whiting just days before the start of the 2019 season.

The 66-year-old was due to oversee the season-opening Australian Grand Prix, but died from a pulmonary embolism on Thursday.

As one of the leading figures in the Formula One paddock, his death has been felt by colleagues, drivers, teams, fans and everyone associated with sport.

With everybody stunned at this sudden loss of such a respected, approachable and influential member of Formula One, tributes poured in for a man whose work has affected so many.

FIA president Jean Todt led the tributes by saying: “It is with immense sadness that I learned of Charlie’s passing.

"Charlie Whiting was a great Race Director, a central and inimitable figure in Formula One who embodied the ethics and spirit of this fantastic sport.

“Formula 1 has lost a faithful friend and a charismatic ambassador in Charlie. All my thoughts, those of the FIA and entire motor sport community go out to his family, friends, and all Formula One lovers.”

Tributes and memories were shared by all corners of the Formula One paddock:

"On behalf of Formula 1 drivers, past, present and future, who have benefited from, benefit from now, and will always benefit from the sterling work done over so many years by Charlie Whiting, we, the GPDA, hereby pay tribute to a great man.

"But, first and foremost, we want to extend our sincerest condolences to his family and friends, at what must inevitably be an extremely sad and stressful time. We hereby send our deepest sympathy to them all.

"Charlie was one of motor racing's real stalwarts. A brilliant mechanic, working for Bernie Ecclestone's Brabham team in its heyday in the ‘80s, playing a crucial role in Nelson Piquet's world championship successes of '81 and '83, he joined the FIA in '88 and, over the past 31 years, has developed, built, managed and perfected the governing body's technical operation to make it the paragon of optimal safety and smooth operation it is today. Achieving that took not only great skill but also real passion – and Charlie had passion and skill in spades. Truly, he is and will remain the benchmark in that regard, and his legacy will endure for ever.

"But even more than that, despite the seniority and responsibility of his office, he was also a friend to many of us, and was admired and trusted by us all. We will miss him bitterly. He has gone far too early, but his sport and the people who work in it will remember and be grateful to him for ever.

RIP Charlie
The GPDA
#RacingUnited
for our sport, our fans, our safety, for Charlie."

“I was as shocked as we all are, still now, when I heard the news this morning, especially because I spoke to him yesterday and walked the track for the first couple of corners together with him. It’s difficult to grasp when somebody’s just not there anymore.

“I’ve known him for a long time and he was sort of our man, our drivers’ man. Obviously there’s regulations and all that and then there’s us and he was the middle man. He was someone you could ask anything, at any time. He was open to everyone, any time his door was always open.

“He was a racer, he was just a very nice guy… The whole paddock, the whole circus, the whole family of Formula 1, all our thoughts are with him and especially his family in these difficult circumstances.”

“I’ve known Charlie since I started in 2007… Obviously incredibly shocked this morning to hear the sad news. My thoughts and prayers are with his family. What he did for the sport, his commitment, he really was a pillar… Such an iconic figure within the sporting world, and he contributed so much to us. May he rest in peace.”

“Of course it was a big shock, especially because I spent the day with him in Geneva a few weeks ago and we had a good chat, just about a lot of things. When I left I said see you in Australia for another season of racing and of course when you hear this news, it’s unbelievable.

"Just 66 years old, so I guess we just have to appreciate every day and every morning you wake up, and that you enjoy life and that it’s not only about Formula 1 but about a lot of other things in life – this is just one part of it. I think at the moment, what is the most important is that thoughts are going to family and friends and close ones.”

“I was shocked and saddened to hear the news of Charlie's passing this morning. He was a pillar of our Formula One family – balanced in his approach, subtle in his understanding and always with the interests of Formula One as his main focus. Charlie was a fantastic ambassador for our sport and a true guardian of its best interests; all of us who were lucky enough to know him will miss his ready smile and gentle humour. On behalf of the entire Mercedes motorsport family, I send our deepest sympathies to Charlie’s family and friends.”

“Charlie was a true professional and extremely knowledgeable. But more than that, he was a wonderful person, who always treated everyone with respect. A tireless and enlightened motorsport expert, he helped make F1 safer and better. He was a pillar of Formula 1. Our sport is diminished by his passing and we have lost a friend. He will be greatly missed.”

"All at McLaren are shocked and deeply saddened at the news of Charlie Whiting's passing. Charlie will be remembered as one of the giants of our sport, as well as a great colleague. Our deepest sympathies and thoughts are with all of his loved ones."

"Totally shocking news of Charlie Whiting’s passing. Charlie was a true Giant in our sport and very possibly irreplaceable. Sincere condolences to his family and everyone who appreciated this man. RIP my friend."

"Really sad to hear about the passing of Charlie Whiting. He cared so much for us drivers! For our safety and for trying to keep things fair out on track. My thoughts are especially you, Mrs. Whiting and your children."