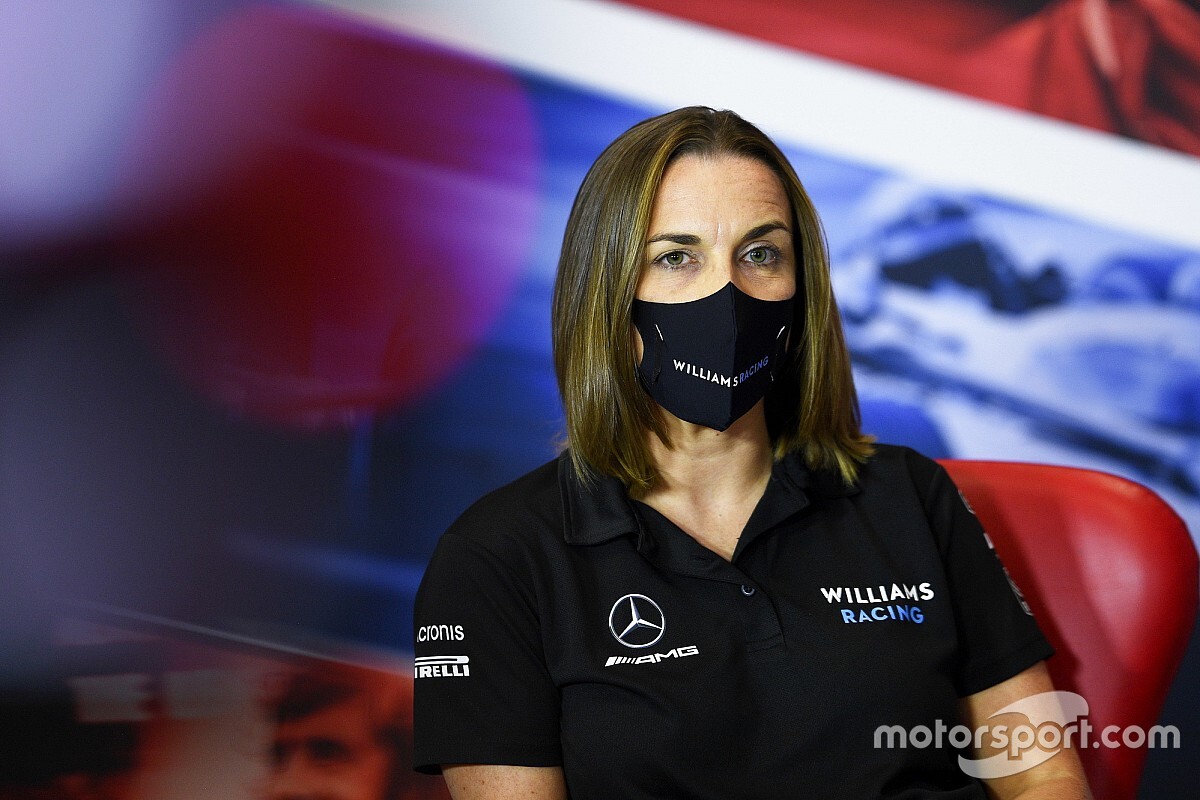 Claire Williams has revealed that new Williams owner Dorilton Capital wanted her to remain involved with the Formula 1 team, but that she felt it was the "right choice" to leave.

Following the total sale of Williams to Dorilton Capital last month, it was announced on Thursday that this weekend's Italian Grand Prix would be the final race where the founding family was involved with the team.

Claire Williams has served as the deputy team principal since 2013, handling the day-to-day running, with her father and team founder Sir Frank Williams still officially serving as team principal.

The statement from Dorilton Capital announcing the family's exit said that it had to "fully respect the very tough decision" of Williams to step away from the team.

Speaking on Friday in the FIA press conference, Claire Williams said that Dorilton had wanted her to remain part of the team moving forward, but that she will assist in a period of transition in the coming weeks.

"There were a lot of rumours swirling around in Spa about my tenure within the team," Williams said.

"Dorilton, I'd like to make it clear, wanted me to stay. This was my decision. I felt it was the right choice for me to step away.

"There will be a period of transition. This is obviously going to be my last race weekend, but I am going to be working a few days per week over the course of the next few weeks in order to hand over in order to talk to Dorilton about the team, the inner workings of the team, and the expertise they need to come in.

"They're in the business already, they're doing their due diligence, they're reviewing the capabilities, and they're looking at what they can do in order to invest into the business.

"I will be helping them with that to advise that over the coming weeks."

The exit of the Williams family marks the end of its 40-plus year association with F1, during which time it has staunchly defended its status as an independent team.

But Williams said she felt the current climate of F1 meant it was difficult for independents to function in the series and be successful, much of that being felt by the team in recent years.

"The world changes, and the world has changed dramatically over the past even handful of years that we've been racing in Formula 1," Williams said.

"I would like to make the point that I think we have received an awful lot of criticism for some of the decisions that we have taken at Williams over the last handful of years.

"But until you actually see what goes on behind the scenes in Formula 1 teams, particularly operating in the environment that we find ourselves operating in at the moment in this sport, that has become ever-harsher, predominantly courtesy of the last Concorde Agreement, I think our team has done an extraordinary job.

"All the people have worked behind the scenes in order to keep our team alive and keep the fight as an independent team. I'm very proud of that work.

"It's never something I will regret, having made decisions that ensure we have retained that independence over the last few years."

Italian GP practice as it happened