Alpine has added rookie Formula 2 drivers Jack Doohan and Olli Caldwell to its Alpine Academy Formula 1 roster for the 2022 season.

Doohan is set for his maiden full season in F2 with Virtuosi Racing in 2022 after the son of five-time motorcycle grand prix champion Mick Doohan finished runner-up in the FIA Formula 3 Championship with Trident last season.

The Australian will follow in the footsteps of countryman Oscar Piastri, who has secured the Alpine F1 reserve driver role after winning the F2 title last year.

Fellow F3 graduate Caldwell will also join the academy this season after the 19-year-old ended 2021 eighth in the F3 driver standing for Prema.

It has also been announced that the British driver will step up to F2 this year, driving for Campos Racing, the team he joined for the final two rounds of the 2021 F2 campaign.

The Academy line-up is completed by Caio Collet and Victor Martins, who have both been retained by Alpine for another year in the academy.

Brazilian driver Collet has be re-signed by MP Motorsport after finishing ninth overall in F3 last season, while Frenchman, Martins, has been picked up by ART Grand Prix for a second season in F3, after scoring a win and five podiums on his way to fifth in the standings last term. 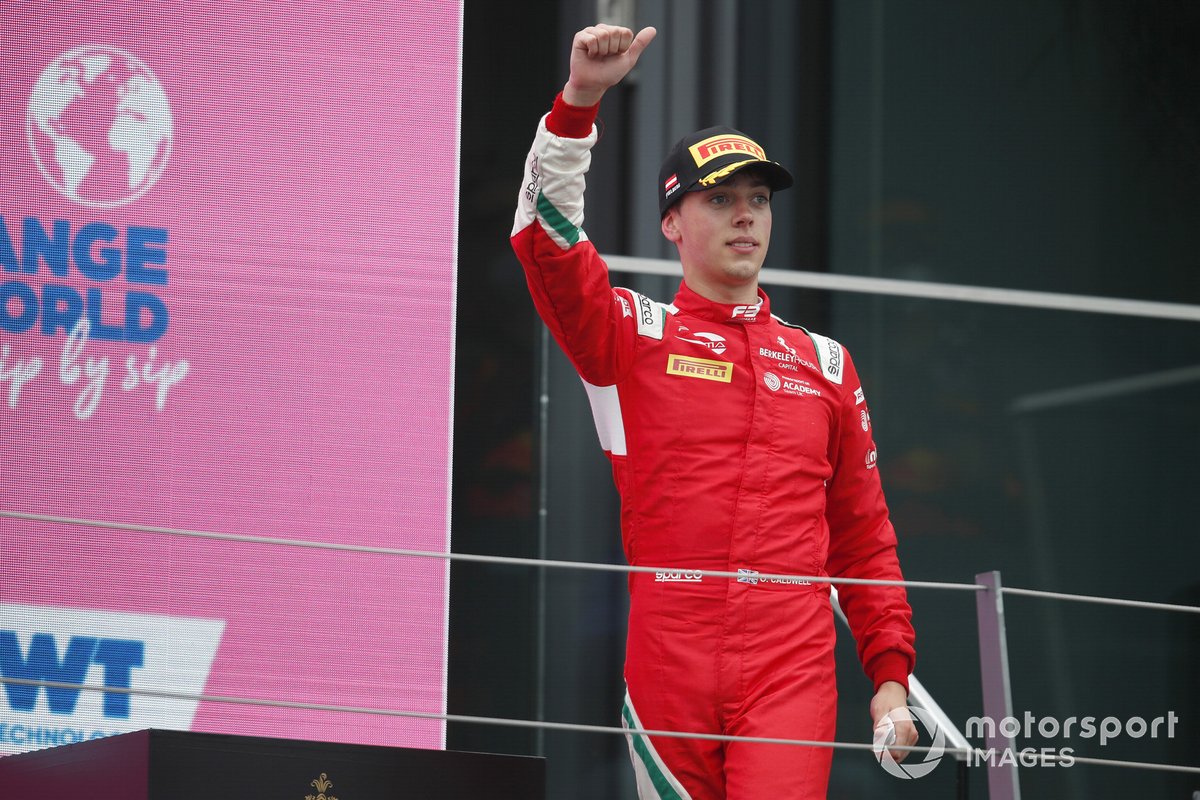 The announcement reveals former academy members Guanyu Zhou and Christian Lundgaard are no longer part of the initiative after securing moves to Formula 1 and IndyCar respectively.

"The Alpine Academy remains an extremely valuable part of what we want to achieve in Formula 1," said Alpine CEO Laurent Rossi.

"We are passionate about finding the next generation of racers to nourish our F1 driver line-up. It's exciting to see the growing strength of the programme since it was started in 2016, with last year being its most successful season to date.

"Of our 2021 graduates, Oscar joins our Formula 1 programme as the team's official Reserve Driver, and he has an important role alongside Esteban and Fernando this year.

"We also only need to look down the Formula 1 paddock and across to IndyCar to see two more of our Academy graduates from last year, which is a testament to the structure of the programme to prepare drivers for senior series.

"As with every year we have high expectations for our Academy and it's no different heading into this season.

"We welcome two new drivers, Jack and Olli, combined with the returning Formula 3 duo of Caio and Victor. Each brings their own personality and talent and we are excited to see how our drivers develop this season, individually and as a group."