Dominance, is it good for our sport?

What caused the dominance in Formula One? Should it be "fixed?"

I think they broke Formula One.

The most recent headlines stories in the Formula One world I have been reading are about the possibility of Mercedes sweeping the entire season.

Let’s examine dominance in motorsports, and look at the variables that come into play when a team, a driver or a car can win with such ease. 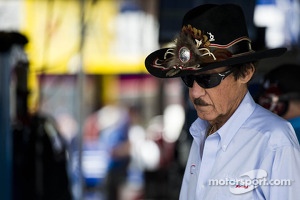 A single dominant team was able to triumph over the field throughout the early years of stock car racing in North America. Winning meant prize money, which meant more money to spend on race cars and engineering. Money was a large contributing factor to the teams success, coupled with an era of stock car racing that saw schedules with 50-60 races on them.

Sebastien Loeb won nine consecutive world championships in WRC. Loeb started his streak of championships in 2004 and didn’t stop winning until he stepped away from the sport for the 2013 season. Additionally, he was able to win his championships in three different homologated cars for Citroen.

Loeb decided to only do select events in 2013, but put a large focus on his sports car teams and a Peugeot backed effort at Pikes Peak. Loeb absolutely blitzed the field up the hill in Colorado. 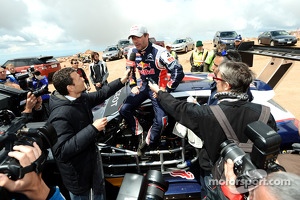 With Citroen taking all of the manufacturer titles during Loeb’s WRC reign except two in 2006 and 2007, where Ford won, it shows that the Citroen effort was strong but certainly not unbeatable. Immediately after his departure, German marquee Volkswagen has taken over vehicular dominance.

He has shown time and time again, in almost any car, from an FIA GT car to a World Touring Car, Loeb is one of the best on this planet.

Jimmie Johnson has won 6 titles, with five of them coming consecutively from 2006 to 2010.

While Hendrick Motorsports is a powerhouse team, much of those seasons were learning new cars. Many credit Johnson’s crew chief Chad Knaus with being a fantastic strategist alongside Johnson’s talent. 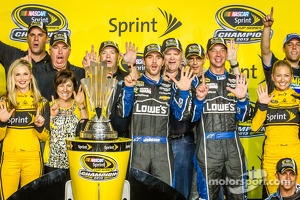 Now, aside from talent, were there any other variables that may have contributed? Not overly. Being on a top tier team helped, but Johnson and his team were good all around.

There are dozens of examples of dominance, and you can look at some of them with a grain of salt because the car was so good (or bike), and lots of times it’s a funding driven advantage.

With the current status of Formula One, which consists of two silver cars up from for much of the practice sessions, and normally qualifying as well. Then the start comes along, and one of the Mercedes drives off into the distance. The other has to battle for a few laps, and then tries to chase down his team mate.

Behind them you have an incredibly well designed Red Bull Racing car with a terrible power unit in it. 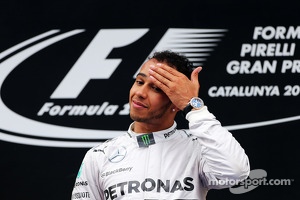 The new regulations really caught many off guard. They knew it was coming, but with such massive differences in many of the performance levels, more should have been done ahead of coming up with these regulations. We have cars with phallic noses, running around tracks sounding like 4 stroke motorcycles, with the back half of the field slower than the GP2 cars…oh, and one team with a completely real chance at taking every single grand prix victory in 2014…

I am certainly not trying to fool anyone, complaining about dominance being an issue in Formula One is really silly. Case in point, Ferrari and Red Bull Racing.

But something feels dirty to me. I feel let down that the gap hasn’t closed enough yet that we can expect any other colored car than silver on the top two steps yet.

I will continue to watch with interest. It is a good thing there are a whack load of other cars on track, other storylines to follow, but if we get to Spa in August and there has still not been another team on the top step of the podium…I think I might have to boycott the season.

Leveling the playing field is not what Formula One is about. It is about driving technology and pushing the limits of physics, and of course beating the rest of the drivers to the start finish line. But something like a budget cap could help. Or like some teams are suggesting, freezing car R&D at the halfway point of the season.

Those efforts will never actually level the playing field. The big teams just have the resources and the data to be fast. The smaller teams will always be catching up, but giving the viewer a product that he doesn’t know the outcome of days before the event is paramount.

I suppose we can always count on some fireworks between the two...