Formula 1 CEO Stefano Domenicali says that it wasn’t possible to make a call about starting the Belgian GP early because the heavy rain that persisted throughout Sunday was not predicted.

Conditions were better earlier in the day, when both the FIA F3 and Porsche Supercup races were successfully completed, albeit on a wet track.

However, after intermittent showers in the morning, the rain then set in without a break from lunchtime onwards, leading to the delay of the scheduled 3pm start of the Grand Prix. It eventually officially got underway at 6.17pm behind the safety car before it was red flagged.

The late start was only possible after the FIA stewards agreed to “stop the clock” and extend the official three-hour window in which an F1 race can be run by an hour, with 6pm the original deadline.

Some observers have suggested that the FIA and F1 could have foreseen that running the race on Sunday afternoon would be difficult, and that the start could have been brought forward. 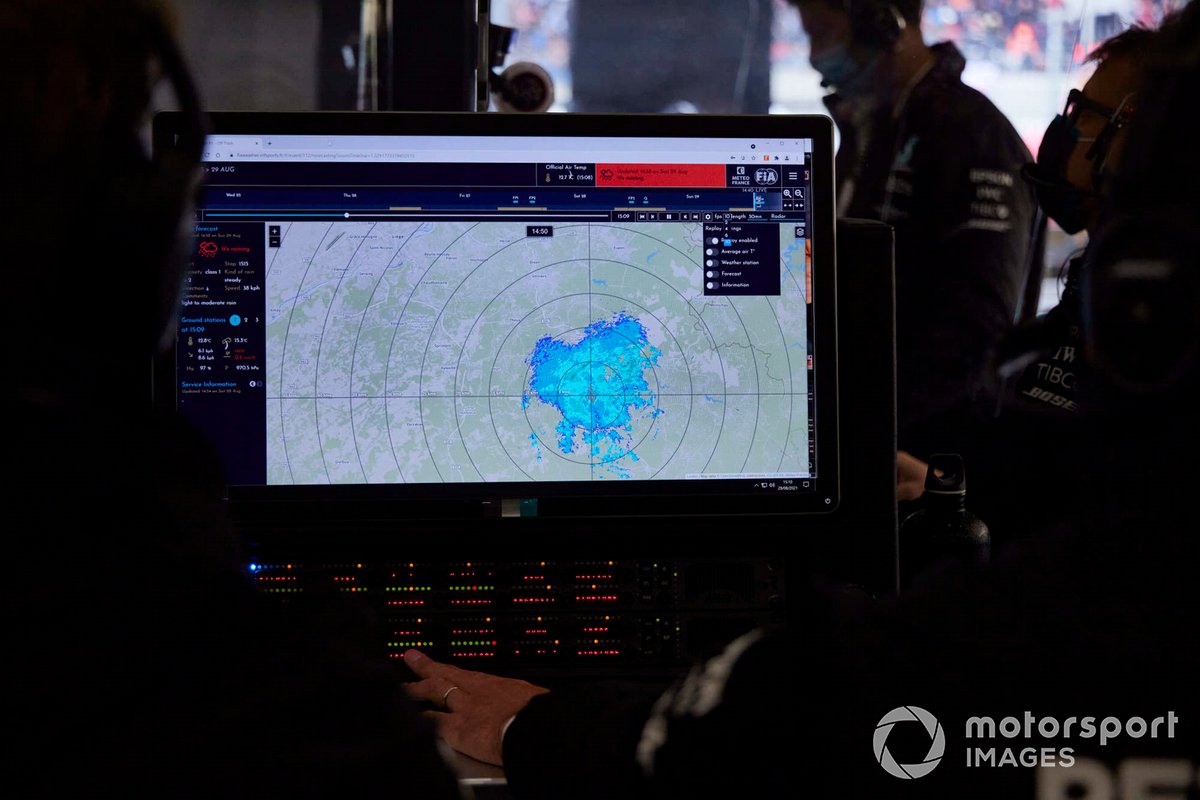 Domenicali acknowledged that it was up to the stewards to authorise any change to the weekend schedule, including the original start time of the race.

“As far as the information that we had, there was, let’s say, considered to be normal rain. There was no sign that the rain would have been so bad. Otherwise, a decision could have been taken by the stewards.

“You see what the stewards decided today is really to stop also the time in order to try and gain time to see if there was a possible slot to have the race.

“You could have said in these conditions, is it like to throw the balls in the air. It could have been pouring from 11am or whatever it is. It’s really something that you cannot predict.”

Domenicali explained that the race could not be postponed until Monday.

“Not for logistical, for a lot of reasons, you cannot schedule the race the day after for many things, related to availability of marshals, availability of other stuff," he said.

“That was considered, of course, but it’s not possible. With the promoters, everything is very close, they followed the decision process, so they are not out of that.”