Before Gasly's retirement and Yuki Tsunoda's failure to start the race at Monza, AlphaTauri had been the only team to score points in every race this season, putting it in the hunt for fifth place in the constructors' championship.

A large part of that contribution has come courtesy of Gasly, who, prior to Monza, had failed to score points in only three races this year. While rookie teammate Tsunoda has spent time getting up to speed and ironing out mistakes, Gasly has emerged as AlphaTauri's undisputed team leader.

His performances this year have been excellent, the most notable display coming in Baku when he charged to third place. Gasly sits third in Motorsport.com's average driver ratings for the season to date, his average of 8.1/10 leaving him behind only Lando Norris and Max Verstappen (both on 8.5).

It therefore made it strange that, amid all of the driver market chatter in silly season, Gasly's name hardly ever came up. It was simply accepted that, as the game of musical chairs unfolded, the Frenchman would sit still. There would be no return to Red Bull, nor any chance of a move elsewhere.

Confirmation that Gasly would be remaining with AlphaTauri, issued by the team on 7 September, came as a surprise to nobody, particularly after Red Bull's earlier announcement that Sergio Perez would be staying for a second season in 2022.

But it did leave many wondering what the future would hold for Gasly - including Gasly himself. He has often talked about the hope that his outstanding displays for AlphaTauri, the obvious highlight being his Monza victory last year, may lead to a return to Red Bull. After all, as a member of its sister team, there is undoubtedly the ambition and hope there would be a path up to the senior squad. 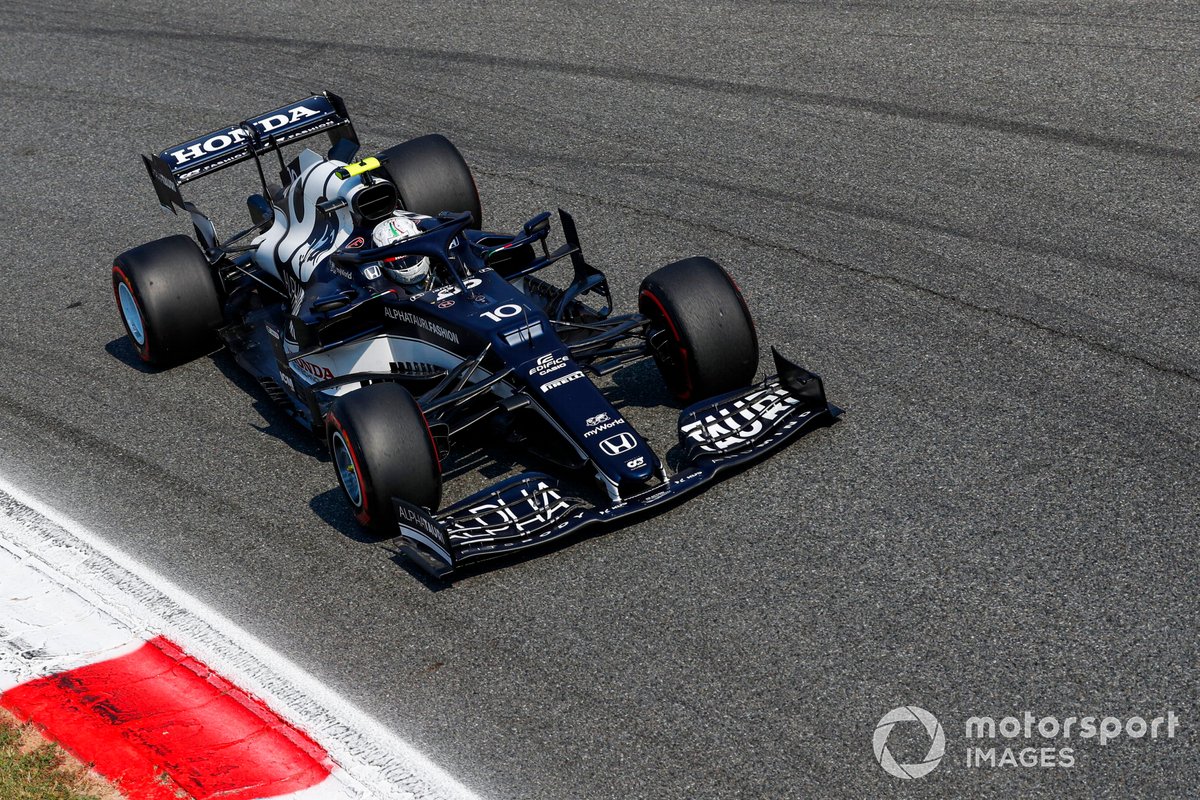 It was something Gasly spoke about in an interview with French broadcaster Canal + at Monza. Gasly noted he was having "the best season at Toro Rosso and AlphaTauri of any driver since they started in F1 in the last 15 years", but was "not being rewarded for going higher".

"It's true that it's sad and a bit frustrating, on the one hand," Gasly added. "But on the other hand it's just the way it is, these are things that are out of my hands. Unfortunately it's not up to me."

Much of that frustration comes from the way in which Gasly was cast as being a poor fit for Red Bull during his 12-race spell at the team in 2019, prior to being replaced by Alexander Albon during the summer break. Gasly himself would not sugarcoat his performances through that time, having struggled to match Max Verstappen's form across the garage.

But while Perez's extension into 2022 may suggest he has been the answer to the Red Bull second driver 'problem', Gasly made note of the Mexican's recent performances during the interview.

"It's true that when you see the performances, especially last weekend in Zandvoort, when he was taken out in Q1 and finished eighth, one lap behind his teammate, and was the driver of the day, there are certain things that you don't really understand," Gasly said.

Perez has spoken openly about the difficulty of getting up to speed with Red Bull's RB16B car, with its tricky concept and aggressive driving style suited to Verstappen making it hard to get on top of. It's the same challenge that both Gasly and Albon faced when they were at the team. 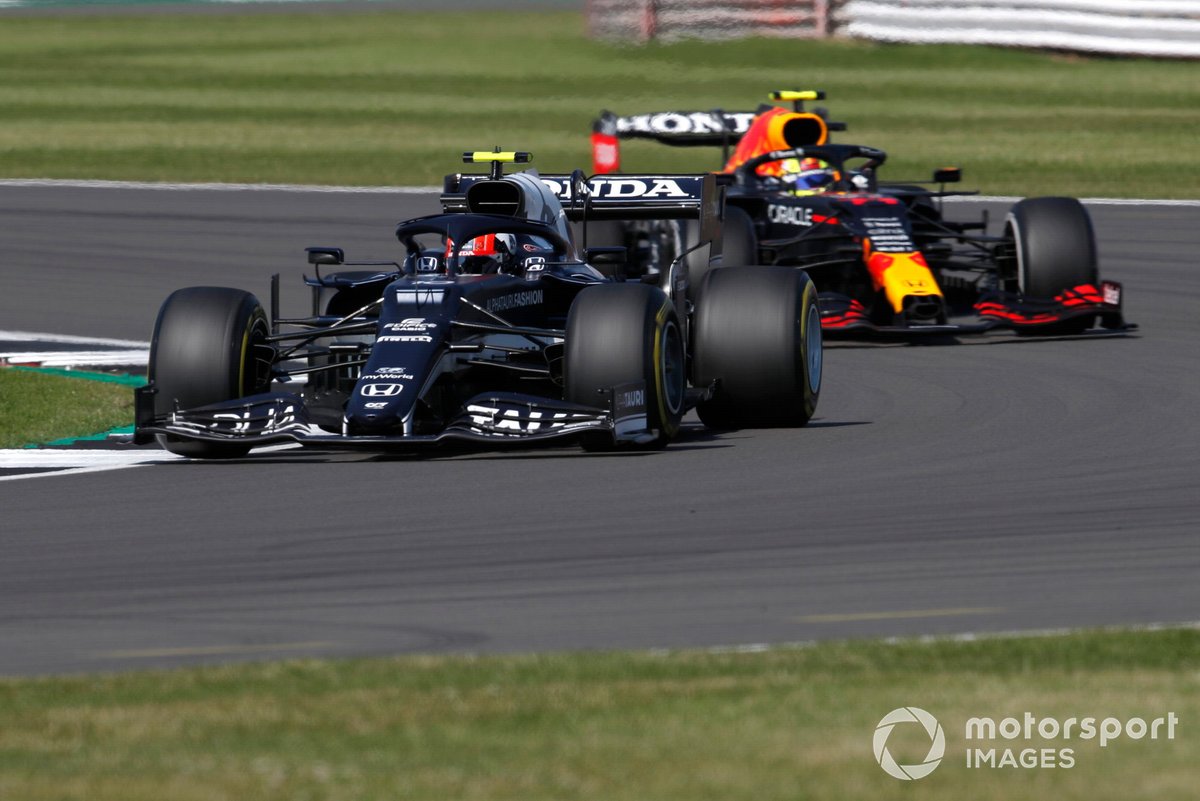 The points comparison does reflect favourably on Perez. Through the opening 12 races of the 2021 season, he picked up 104 points with a best finish of first in Azerbaijan. In Gasly's 12-race stint at Red Bull, he picked up 63 points, and only finished as high as fourth at Silverstone.

But it is worth noting the differing circumstances. Perez is racing in a more competitive car that should be in the top four every single weekend, such is the advantage of Mercedes and Red Bull. In early 2019, Gasly had the added challenge of Ferrari to battle against, giving him greater competition and thus making it harder, in theory, to pick up points so regularly.

That said, the gap to Verstappen - who faced the same outside competition - is greater. Gasly scored 34.8% of Verstappen's points total in their time as teammates in 2019. Perez's haul equated to 52.1% through the same number of races.

In announcing his new deal for 2022, Christian Horner talked up the "seamless" fashion in which Perez has integrated himself with Red Bull, acting as a good team player. This was seen no better than at Paul Ricard when he helped Verstappen en route to victory. He's been doing what the team has needed this year.

The new regulations in 2022 should remedy some of the traditional concept challenges posed by the Red Bull car, giving Perez a chance to reset. At Spa, he spoke of the "massive opportunity" on offer next season, given all of the drivers will start from zero.

It does little to soften the blow for Gasly, though. He continues to sit in a holding pattern, waiting for an opportunity to arise despite currently performing at the peak of his powers. To be a Red Bull-contracted driver without an obvious route right now to Red Bull is a tough pill to swallow.

But again, 2022 will also offer an opportunity to Gasly. If he can continue to lead AlphaTauri and make the team his own, he can again stake a claim for a seat with the senior squad - or elsewhere, should a chance arise. If his case is so convincing that Red Bull wants to bring him back for 2023, it could be ideal timing: the car may be more drivable, and Gasly himself will be that much older and more experienced that the first time around. 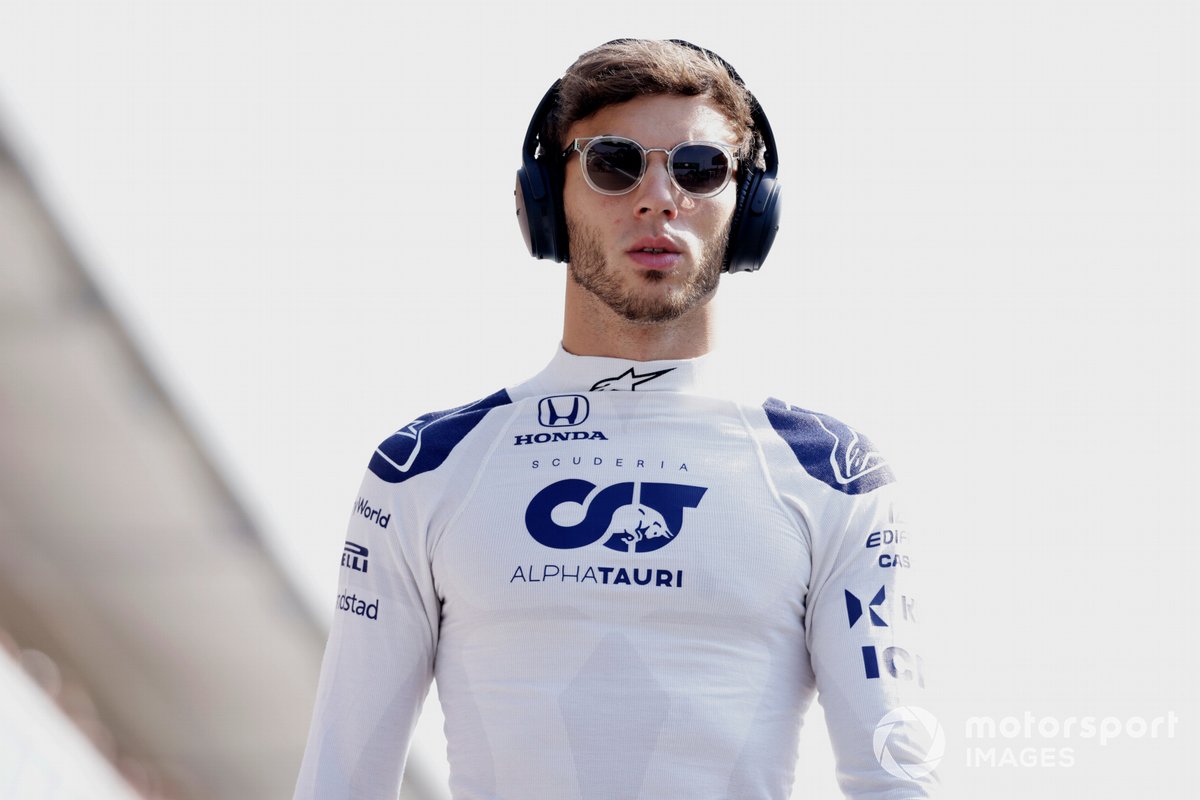 Red Bull team boss Horner spoke at Monza about Gasly, saying he could "never rule anything out" regarding a potential return in the future. "He's driving at a very, very high standard," Horner said. "He's still very young. He's doing a great job. So for 2023, we have multiple options available to us. When you're in the situation you are, that's exactly what you want."

The challenge for Gasly will come if that route back to Red Bull does not open back up again, for the other top teams appear to have their futures well set for now around other young drivers. He is clearly flourishing in the AlphaTauri environment, and is building good experience as a team leader.

Gasly is accepting of the situation though, recognising it is currently "out of my control".

"I can only concentrate on what happens and continue to give my best for the team and for myself," he said. "I'm sure it will pay off in the future with an opportunity in a top team."

If Red Bull does not want him long-term and an exit route emerges for Gasly, he would have a convincing argument for a seat at another team. He's a team leader, a race winner, and establishing himself as one of F1's most consistent performers.

It may be frustrating seeing that go unrewarded for now, but it could bear fruit down the line through the opportunity he so dearly wants again.