Do Formula 1 team-mates really need to be best friends?

Following one of the silliest silly seasons in recent times, the 2023 Formula 1 grid in Bahrain will look quite different to the one that finished 2022 in Abu Dhabi.

Only four of the 10 teams have an unchanged driver line-up - Red Bull, Ferrari, Mercedes and Alfa Romeo - meaning the remaining six will have spent much of this winter getting their new signing up to speed, learning the ropes and embedded within their team.

But it will also leave drivers facing new dynamics to work with. Team-mate relationships are often in the spotlight in F1, especially when things go wrong. Max Verstappen and Sergio Perez’s fall-out at Interlagos over team orders being one of the most explosive examples last year, although Red Bull has since stressed everything has been patched up, the line-up set to continue for another two seasons.

A couple of the new line-ups for 2023 will be of particular interest for fans this year, given the history between the drivers involved: Pierre Gasly and Esteban Ocon at Alpine; and Nico Hulkenberg and Kevin Magnussen at Haas.

As much as modern-day F1’s desire for drama may feed off these kind of dynamics with a murky history - much of it fuelled by Drive to Survive, dramatic talking heads and all - is it unrealistic to expect for all F1 team-mates to be good friends?

It’s not to say such a thing is not possible. There have been plenty of close team-mate partnerships in the past, the strongest example in recent years coming at McLaren with Lando Norris and Carlos Sainz. The pair brought a freshness and sense of fun to McLaren as the team enjoyed an upturn in fortunes on-track, establishing a true friendship. ‘Carlando’ became its own social media phenomenon.

It meant when Daniel Ricciardo arrived at McLaren as Sainz’s replacements, expectations were high for the same kind of magic to be rekindled. Yet it wasn’t. It’s not to say there was friction between Norris and Ricciardo; it just wasn’t the same. 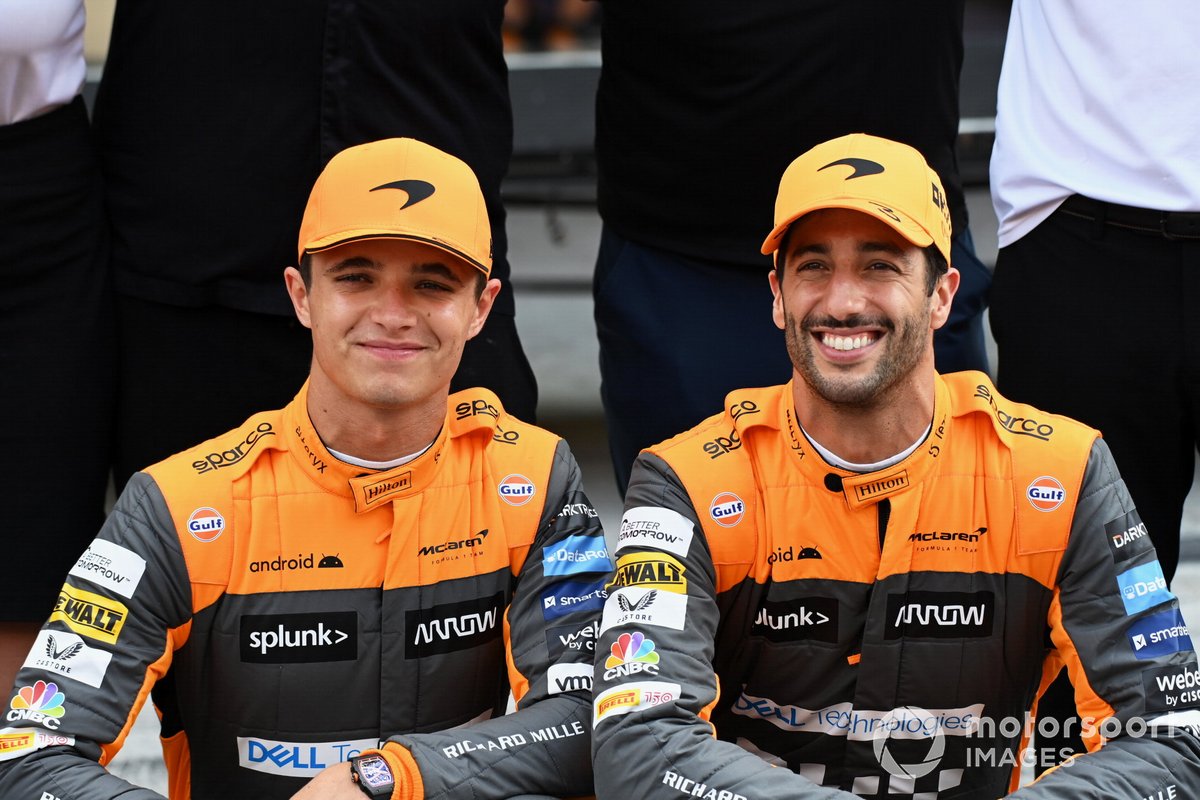 Norris touched on the subject in a recent interview with GQ: “Carlos and I get on extremely well. I kind of grew up with him. Daniel and I got on with pretty well. He and I were the perfect competitors: we hated beating each other like we hated getting beat by one another. Away from the track we respected each other massively.

“I keep it separate; I can be the biggest competitor I need to be on the race track, but I can also respect and be good mates with other people.”

That duality is something that may be tricky to understand, but it’s an insight into the competitive minds these F1 drivers hold. It’s possible for them to switch it on and off; to take their mentality in the heat of competition away from the off-track friendships they have with people.

Ocon and Gasly are certain to get the Drive to Survive treatment given the previous tensions. But both have been adamant they’re now long past that, the source of the friction coming from many moons ago. It wasn’t something that concerned Alpine when it turned to Gasly as a replacement for Fernando Alonso; again, all it wanted was the best possible line-up. Gasly and Ocon have also both acknowledged how frustrating it has been to keep going back over old ground.

“We are not best friends, but we get on,” Gasly told Motorsport.com in an interview at the end of last season. “We did some events, we speak to each other, and when I look down the paddock, the relationship between other team-mates, I think there are definitely [some] worse than us.

“If you want to discuss about me and Esteban, you can probably talk about the relationship between 60% of the guys down the paddock.”

Gasly and Ocon have also been spending some time together in the off-season. Earlier this week, they joined Charles Leclerc - the trio having been close in their karting days - to watch the NBA event in Paris. Hanging out even in their free time is an encouraging sign, and perhaps one that will disappoint some of the doomsday merchants looking to stir up the drama. But you can still be sure when the first close moments on-track come - and they will, as with all team-mates - then the history will be dug up and pointed to as a sign of the true nature of the relationship.

The same will go for Magnussen and Hulkenberg at Haas, the origin of their ‘rivalry’ coming from their media pen spat at the 2017 Hungarian Grand Prix, with the four-word retort from Magnussen since becoming one of the most renowned catchphrases in F1 circles. The pair didn’t speak for a few years - bear in mind they weren’t even racing together in 2020 or 2021 - but the ice was broken in Bahrain last year, when both were making surprise returns: Magnussen after Nikita Mazepin’s contract had been terminated; Hulkenberg as a late stand-in for Sebastian Vettel. Hulkenberg bowled up to Magnussen and went straight in with “suck my balls, honey!”, which made Magnussen laugh. Clearly, there was no lasting bad blood.

“I don’t think you need to be best pals,” said Magnussen. “I mean maybe we will become best pals, who knows! But there’s no pressure to build something away from the track. I respect him as a driver, and I think that’s the only thing that matters.

“I’ll get to know him now as a person. I’ve never really been close to him or got to know him as a person. But that part doesn’t really matter. I’m sure we’re going to work together well as team-mates on-track, and off the track.”

A lot has changed for both Magnussen and Hulkenberg since they last raced each other on-track in 2019. They’ve both become fathers - they made the same joke about discussing the best brands of diapers - and also thought they’d raced in F1 for the last time. It’s bred a maturity in Magnussen, who Haas team boss Gunther Steiner felt was now in a better place mentally for his break. The same could prove true of Hulkenberg.

These team-mate relationships will undoubtedly be in the spotlight this year, especially in the era of Netflix and ‘F1 Twitter’ looking for any scraps of drama to dig into. But just because a team-mate pairing lacks the chemistry of Norris and Sainz does not mean it’s a bad one. All the teams will care about is getting the work done, and moving forward on-track.

Because ultimately, that’s the only thing that matters. If the drivers are close, then that’s a happy bonus for a team. But they won’t go looking to forge friendships that simply aren’t there, knowing putting something inauthentic across would only make things worse should tensions emerge. 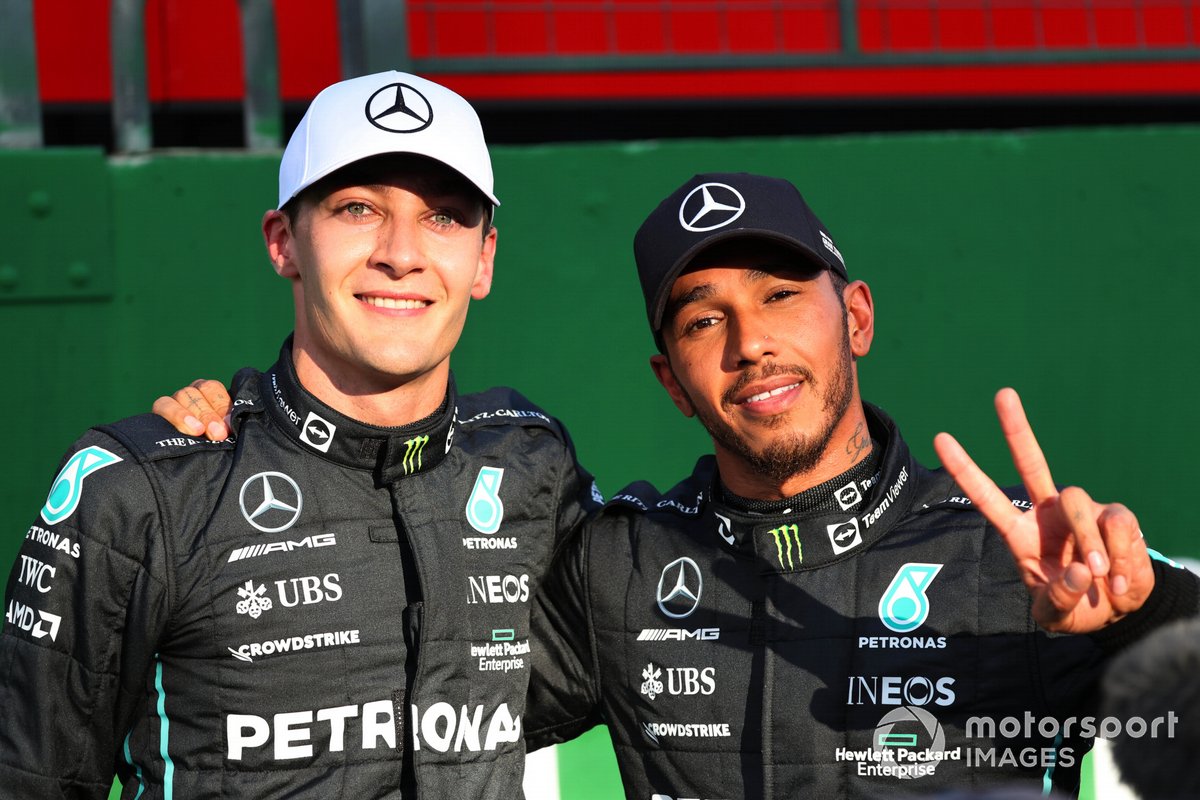