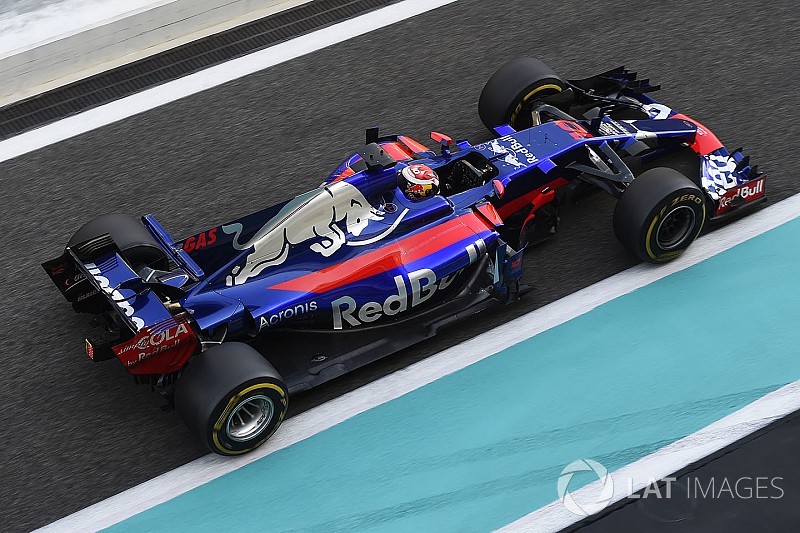 Toro Rosso F1 technical director James Key says that the switch from Renault to Honda for 2018 is not straightforward because of the way the two engines are designed.

The Faenza-based squad will use the Japanese power units from next year after having used the Renault engines during 2017.

The different locations of the turbo compressors meant that fitting the Honda is not a straightforward swap into a car that was originally being designed around the French engine.

McLaren, which will switch from Honda to Renault engines, faces the same challenge in reverse.

"They [the engines] are completely different," Key told Motorsport.com. "It's a very nicely packaged engine, but the whole power unit is a different architecture.

"It doesn't drop into the same space. There's quite a bit of car layout work that has to be done to adapt to it."

Key says it was important not to waste the aero work that had already been done for 2018.

"We try and stick to a rule that, if a car has already been in a development process for a while, not to upset any major items such as aero surfaces and that sort of thing, so we're not starting from scratch in too many areas.

"We've adapted the car under the skin as best we can. And that's led to quite a different approach to the chassis design, to the way the gearbox works, and so on. We've carried over the concepts and developed them further from this year's car."

The gearbox, which is designed by STR but uses internals from Red Bull Technology, will also be new, and shorter than its predecessor.

"Its layout and its size is different for this engine, compared to what we have this year. I think the concept is the same, but the architecture is different.

"Some internals will carry over, some will be changed, some will be bespoke to the STR box. Otherwise it will be pretty close to what we've been running."

Key says that the Faenza team does much more of its own development than is generally believed.

"I think there's a lot more going on at STR than people think. People don't know STR, it's really frustrating.

"Although it makes a lot of sense to join together [with RBR] where you can, we've got our own aero department in Bicester, with our own wind tunnel, and that's entirely independent because it has to be legally.

"The entire design of the car is done in Faenza. So the only bit of the car that comes from RBT is the gearbox internals which are jointly designed, because there are often things that we specifically need."

Tech gallery: How the Sauber C36 evolved throughout 2017