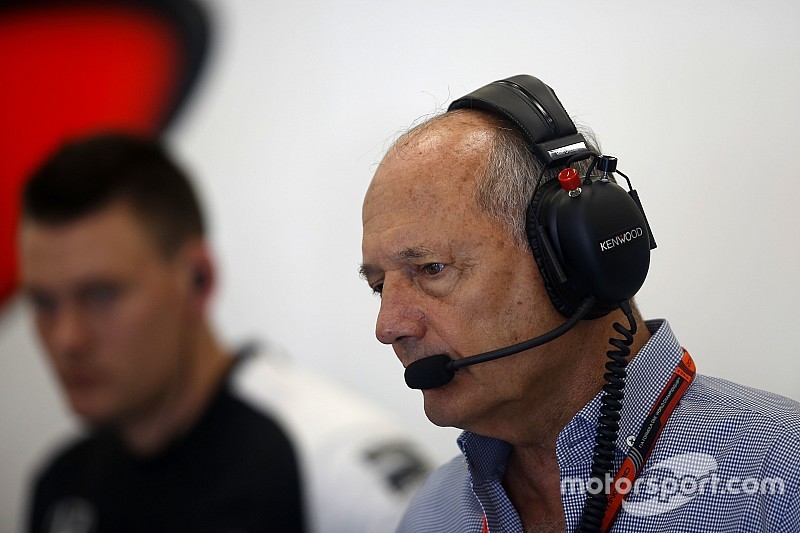 McLaren boss Ron Dennis admits he decreed that Honda could not supply engines to Red Bull in 2016, but he insists that the Japanese manufacturer was fully behind the decision.

Red Bull held discussions with Honda after being unable to secure a deal with Ferrari or Mercedes after deciding to part company with Renault.

Dennis admitted he made the final call.

"Someone had to take a clear decision, and as it needed someone to take a decision, I took one, and therefore took the understandable flak," he said.

"But it was fully supported by Honda. We didn't have the capacity to engage another team, but someone had to stand up and say this is not going to happen.

"It wasn't me countering a desire of Honda, this was me taking responsibility for the decision, which goes with the job."

Dennis says the possibility of Honda expanding to a second team came too late, and that the biggest issue was making enough parts given the pace of development.

"Based on the current supply structure, where we are on the engine, the time before the first grand prix [of 2016], it was very, very clear that the decision really was that it wasn't possible physically to push the suppliers up the supply chain to increased production, because we didn't know what we wanted them to make.

"Our engine programme will be late next year because we want to take the maximum amount of time to make parts. How many parts do you make, bearing in mind there is a lot more freedom now. Anyone can design a new engine next year, everybody is designing a new engine.

"The more engines you have to make, the more your supply change gets stressed, because you have to develop components and then commit to how many you're going to make – a lot of what you make in an R&D capacity is scrap.

"Just having increased the budget into F1 Honda could see no real economic logic at this stage to embrace another team."

A frustrating qualifying session for Lotus at Abu Dhabi

A day of mixed fortunes for McLaren drivers in Abu Dhabi