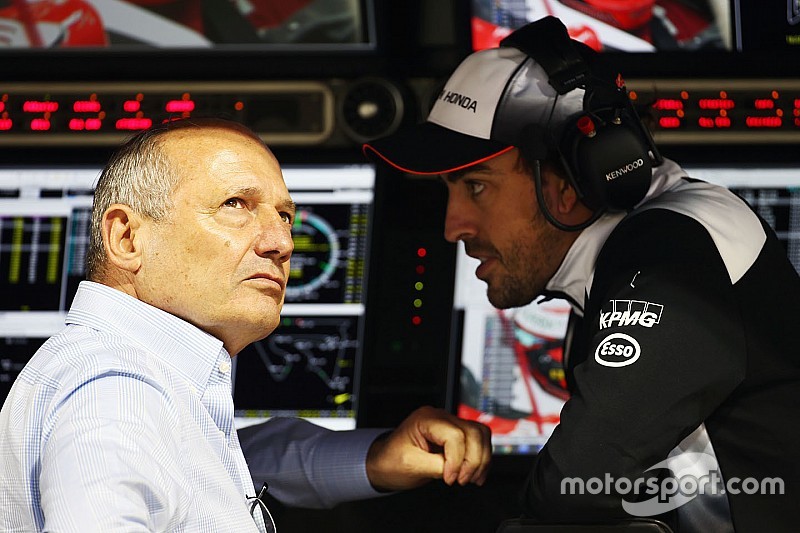 McLaren has attempted to persuade the FIA to allow Fernando Alonso to take part in qualifying and the race in Bahrain, despite the Spaniard being ruled out on Thursday and sitting out Friday's action.

The involvement of Dennis – who doesn't have an official role on race weekends – is highly unusual, and suggests that this was very much a personal initiative by the McLaren Group chairman.

It's believed that Dennis wanted to question the protocol that led to Alonso being ruled out of the race, as he believed that the Spaniard should have been given the opportunity to drive this weekend.

A team spokesman told Motorsport.com: “Dialogue between McLaren and the FIA is ongoing and to be expected, and it remains our, the FIA's and indeed Fernando's intention to prioritise his health and well-being whilst optimising his chances of returning to the cockpit as soon as possible.”

It remains to be seen whether everyone in the McLaren camp was supportive of the route Dennis has taken, given that it could, in theory, destabilise newcomer Stoffel Vandoorne, who was expected to be in the car all weekend.