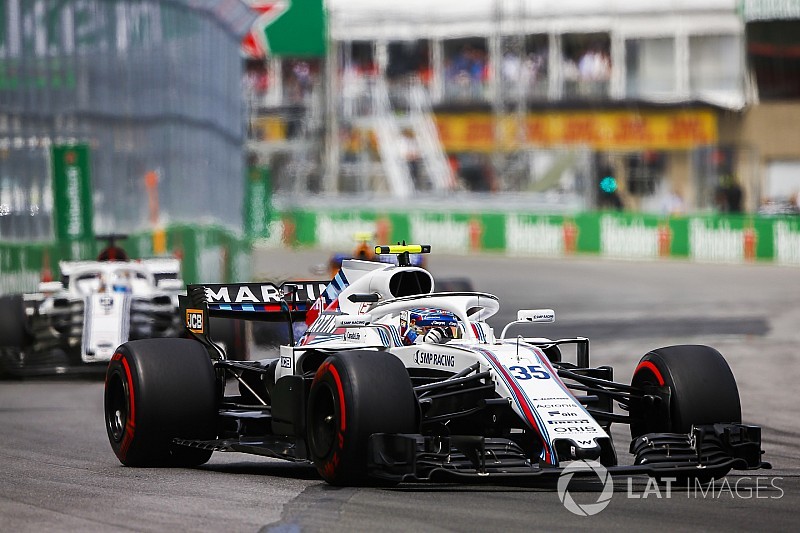 Williams technical chief Paddy Lowe is adamant that the Formula 1 team has not given up on improving its 2018 car despite already commencing early work on the 2019 package.

The Grove team's terrible season continued with a difficult Canadian GP in which Williams was the slowest outfit.

Lance Stroll and Sergey Sirotkin qualified 17th and 18th before Stroll crashed out on the first lap, while the Russian finished 17th and last.

Lowe told Motorsport.com that the team is working hard on updates for the FW41, some of which have simply taken time to get through the system.

"We're already working on next year in parallel, but we absolutely haven't given up on this year," he said.

"We are doing a lot of work back at base, some very significant work, it's just not yet appeared on the car.

"The season is still early, and we're absolutely not giving up on it.

"Some things we've been chipping away at, and there are other things that are more major, that take a long time.

"We're not naming dates, but we hope to make some good progress before the [summer] shutdown."

Lowe insisted that Williams is not suffering from the recent departures of chief designer Ed Wood and aero head Dirk de Beer, despite the obvious lead times involved in hiring new people.

The team has reshuffled responsibilities among the existing staff.

"We're really in good shape, we've got a good team together at the moment," said Lowe. "We've got the main ingredients that we need to work on this year's car, and design next year's car.

"We will continue to build and reinforce, but we're not lacking in the right effort in the right areas at the moment."

Lowe also said that Stroll's exit from the Canadian GP on the opening lap capped a saddening home race for the youngster.

"The accident was very unfortunate, but we weren't going to be racing for points unless something very dramatic had happened," said Lowe.

"Mostly we were sorry that we didn't bring a more competitive car for him to compete with.

"It was just disappointing for his fans. You saw they organised a grandstand, and I understand they had to enlarge it, as they had never sold that many seats for it in the history of the race."