F1 Debrief: All you need to know after the Bahrain GP 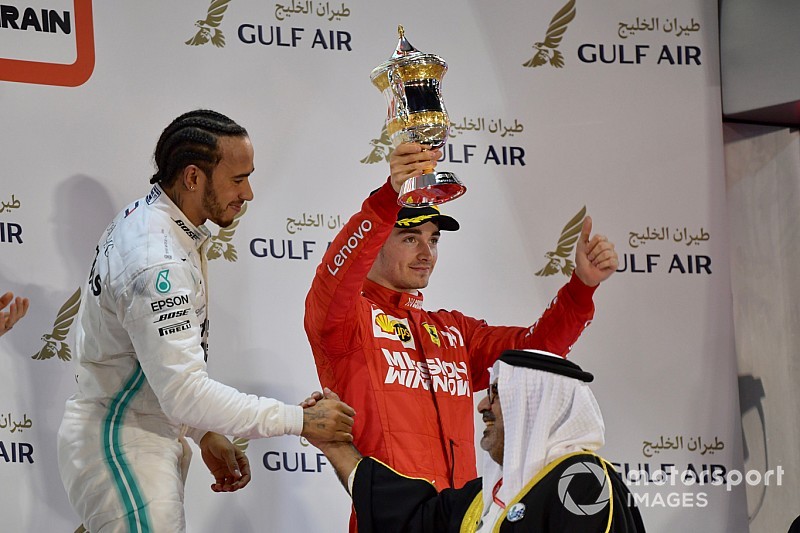 Good morning. Welcome to our F1 Debrief after the Bahrain Grand Prix – your quick wrap-up of all the important stories that have taken place in the last 24 hours. Click on the links for each story...

A Mercedes 1-2, with Lewis Hamilton beating Valtteri Bottas, doesn’t sound like anything new, but Bahrain was all about Charles Leclerc.

He became Ferrari’s youngest-ever F1 pole winner on Saturday, and then looked set to win Sunday’s race – until his Ferrari’s engine lost a cylinder.

Despite the huge power loss, Leclerc clung on valiantly – giving up a 30s to Hamilton, and then Bottas passed him too. But he was saved by Renault’s double disaster with a couple of laps remaining, which meant the race ended under the safety car. 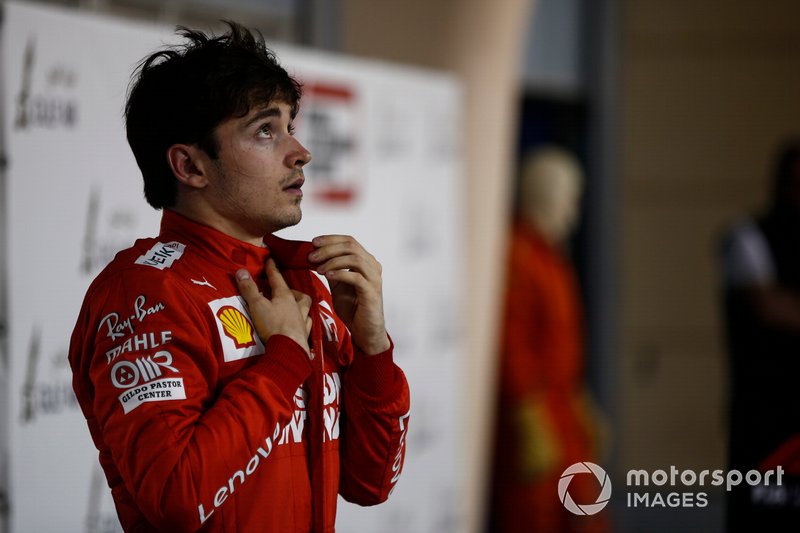 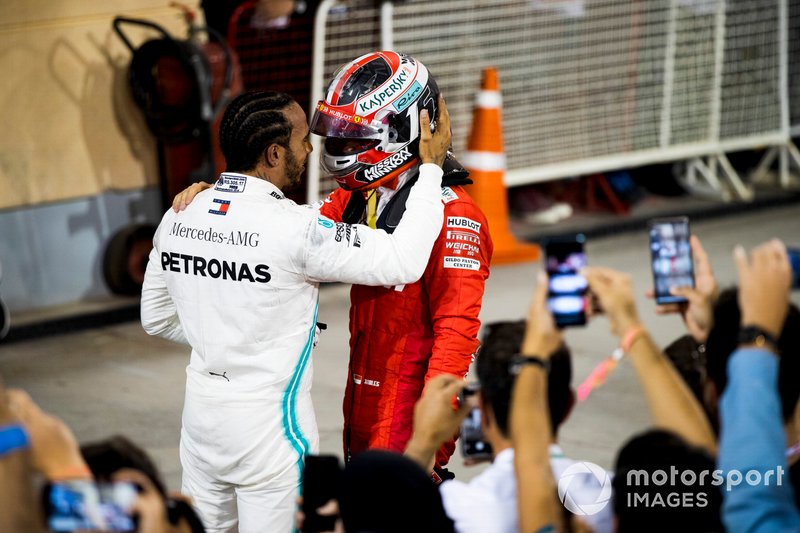 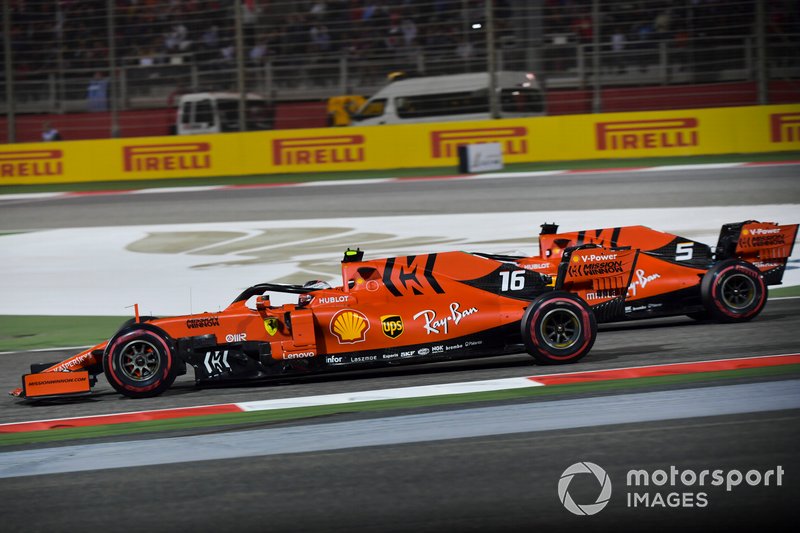 After the race, Leclerc took the punch on the chin, but admitted he might not have even finished the race without the safety car, as he was also struggling with his fuel level as the car was running so rich.

Hamilton admitted that Leclerc had the race won until he hit his trouble, that cost the Monegasque driver over 5s per lap, and said it “felt weird” when he breezed past him.

“I went past Charles on the back straight and I raised my hand to him because there was nothing I could do, I didn’t have any problems. But what can you do?”

Earlier in the race, Hamilton benefitted when Leclerc’s Ferrari teammate Sebastian Vettel spun just after he passed him at Turn 4. 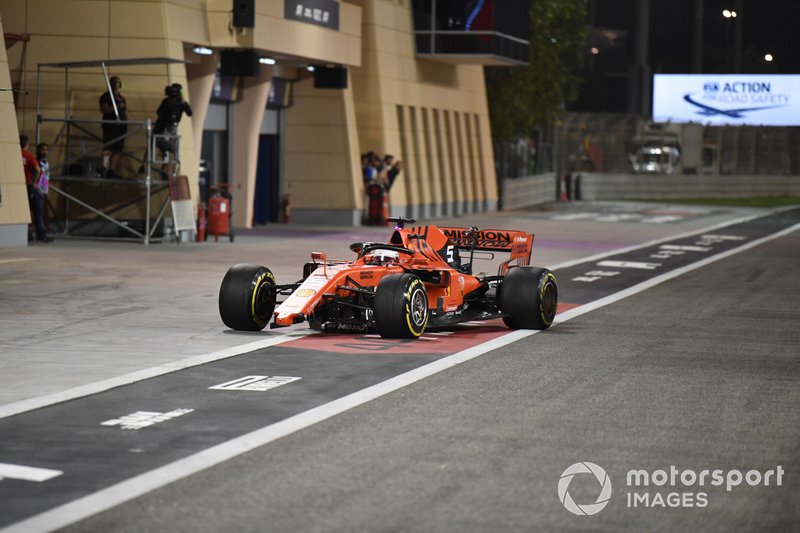 Sebastian Vettel, Ferrari SF90, comes in for a pit stop to replace his front wing 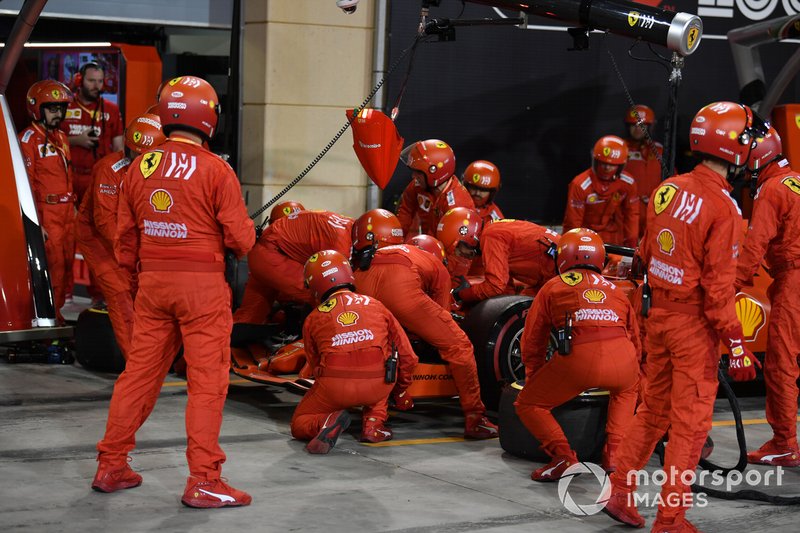 Vettel – who had led the race early on, but fell back from Leclerc and battled with Hamilton – was further delayed after the spin when his front wing flew off due to the vibrations from his flatspotted tyres. He also said that his car was “extremely difficult” to drive.

Renault also suffered a disastrous race, when both of its cars retired at the same corner within seconds of each other. Nico Hulkenberg described it as a “brutal moment” and team boss Cyril Abiteboul called on his squad to “react and shift our focus on reliability.”

After the race, Daniel Ricciardo was requested by stewards to explain why he didn’t replace the steering wheel after he exited his stranded Renault. His answer – to “avoid potential electrocution” – was accepted on safety grounds! 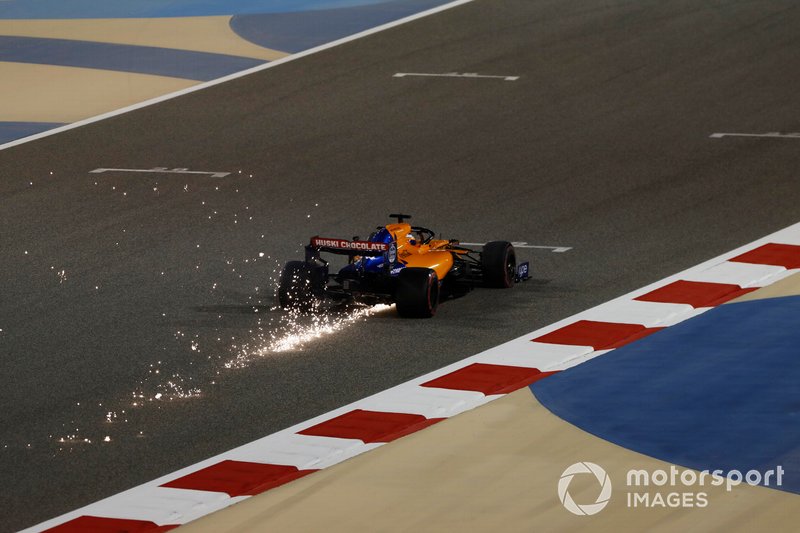