Debate: Would Bottas have won without SC intervention? 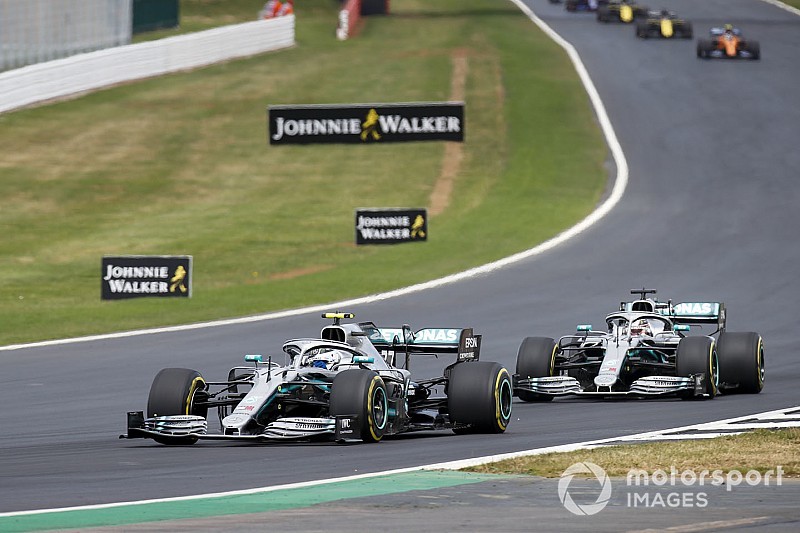 Lewis Hamilton claimed a record-breaking sixth British Grand Prix victory on Sunday, but how close would the contest have been without the impact of a safety car?

The 2019 edition of the British Grand Prix will go down as one of it's feistiest of all time, and it served up one of this season's most entertaining battles for a race lead, picking up from where an engrossing Austrian Grand Prix left off.

With Mercedes' Valtteri Bottas taking pole position ahead of team-mate Lewis Hamilton by the finest of margins on Saturday, fans were left hoping for an equally-close contest on race day.

Bottas got the ideal start and fended off Hamilton for the opening stages of the race, a stint which included an accomplished re-pass on the inside of Copse corner.

However, with Bottas pitting first to go onto another set of medium tyres, he was committed to a two-stop strategy.

Hamilton extended his stint and stayed out for a few laps longer, which meant a pit stop in normal conditions would've put him back behind Bottas, albeit with fresher tyres.

A safety car intervention changed the complexion of the race, and gave Hamilton a 'cheap' pit stop to keep the lead of the race.

This was to be Hamilton's one-and-only pit stop of the event, whereas Bottas had to pit again for a different compound. The original aim was for both drivers to pit twice, but the extension of Hamilton's first stint enabled a one-stopper.

From there, he was in prime position to control the pace and take his seventh win of the season, and the 80th of his career.

Speaking after the race, Bottas admitted that he thought a one-stop strategy was out of the question, with the Finn seemingly remorseful about not being able to hedge his bets with a middle stint on the hard tyres.

Do you believe that Bottas was unlucky not to walk away from Silverstone without the victory? Or do you think Hamilton would had had the pace to take the win, regardless of safety car intervention?

Before leaving your opinions, have a listen to the Autosport Podcast below as Scott Mitchell, Jake Boxall-Legge and Edd Straw debate the Mercedes battle, the thrilling contest for the final podium position and more: