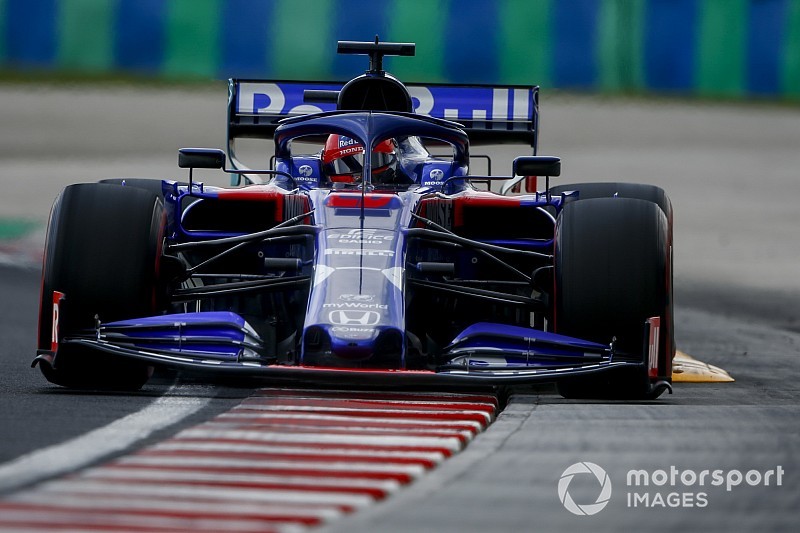 With Pierre Gasly struggling to come to terms with Max Verstappen so far this season, could Daniil Kvyat be the better candidate to bolster Red Bull's driver line-up?

Following an impressive first Formula 1 season with Toro Rosso, Gasly was first in line for this season's vacant Red Bull seat but, with the Frenchman struggling to match Verstappen and being involved in numerous incidents, he finds himself under scrutiny during 'silly season'.

The pace deficit was particularly prominent at the previous round in Hungary; whilst Verstappen was competing for the race win, Gasly finished in sixth behind McLaren's Carlos Sainz and one lap behind.

Had Gasly been at least close to the pace, he might have been close enough to put a different tactical spin on the race and prevent Mercedes from making their pivotal second 'free' pit stop.

The performance differential has prompted many to question whether a renewed Kvyat would be a worthwhile swap for Gasly at the Red Bull team.

Having been replaced by Verstappen back in 2016, Kvyat was demoted back to Toro Rosso and seemingly struggled to recover from this demotion, and had a year out from Formula 1 altogether last season.

Returning to the Toro Rosso team alongside Alex Albon this season, the Russian has looked reborn, and made the most of a glorious opportunity to take his first podium since 2016 at the German Grand Prix.

In the latest episode of the Autosport Podcast, Oleg Karpov joins Edd Straw to analyse Daniil Kvyat’s season, and his hopes of returning to Red Bull Racing.

Have a listen and have your say; do you think Gasly deserves more time at Red Bull? Do you think either Kvyat or Albon could take his seat before the season is over? Leave your thoughts in the comments section below.

Four good races doesn't mean "everything is fantastic" in F1