Debate: Can Ferrari find a way back? 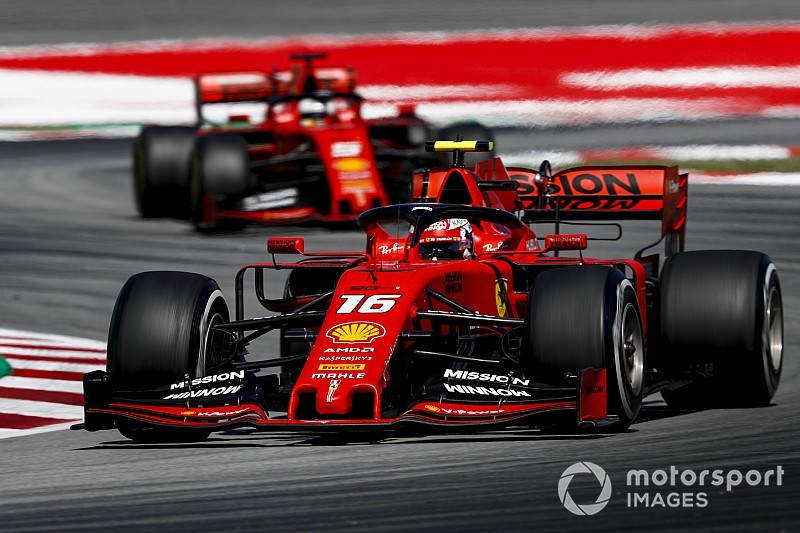 Whilst Mercedes make history, Ferrari are left wondering how they can stop their run of form and return to winning ways.

Mercedes' crushing victory at the Circuit de Barcelona-Catalunya was their fifth one-two of the season, and has given the Silver Arrows a 96-point lead in the constructors' championship.

By contrast, Ferrari haven't had a one-two finish since the 2017 Hungarian Grand Prix, and have only managed the feat on two occasions in the hybrid era.

If more salty statistics were to be rubbed into Ferrari's wounds, their last five one-two finishes start as far back as the 2008 French Grand Prix.

In order to overturn Mercedes' lead, Ferrari now need to out-score their rivals by an average of six points over the remainder of 2019.

Even in the early stages of the development race Mercedes appear to have out-performed Ferrari, with the team principal Mattia Binotto conceding that, whilst their updates had worked, they weren't enough to outdo the championship leaders.

With Ferrari also seemingly unable to stop their drivers getting in the way of each other, Red Bull's Max Verstappen has been able to take podium positions away from them, widening the gap further between the two fastest teams.

Looking at their chances at the next Grand Prix, Mercedes' last couple of attempts at the Monaco Grand Prix have ended up as 'damage limitation' races rather than a challenge for the race win, but a successful visit to the streets of Monte Carlo might determine whether or not the W10 starts being recognised as a car for all venues.

Do you think Ferrari have a chance of fighting back? Have Ferrari been slow at dishing out team orders? Leave your thoughts in the comments section below.

Ferrari believes it used team orders at "the right moment"