Debate: Can Bottas stay in the championship hunt? 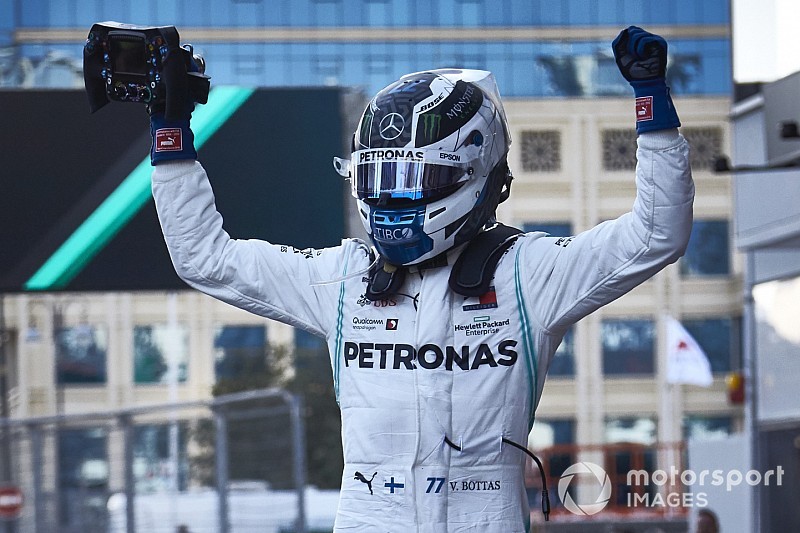 Has Valtteri Bottas' start to the season been enough for people to classify him as a championship contender?

Valtteri Bottas took his second win of 2019 despite the late-race pressure from team-mate Lewis Hamilton to retake the lead in the drivers' championship by just a single point.

The Azerbaijan Grand Prix proved to be a hard-fought victory for the Finn, who resisted the intimidation from his five-time world champion team-mate and secured the win that eluded him twelve months earlier.

Bottas' ability to keep cool despite the closing gap was a vital 'one up' over Hamilton, and it was the Briton who made the minor error on the penultimate lap to all-but-decide the fate of the race.

The Finn was also firm and fair in his defence of the lead at the start. With a slightly better start, Hamilton seemed destined to take the lead into turn one, but measured driving around the outside of turns one and two gave Bottas the necessary traction to maintain the lead.

It's tough to find circuits that could be labelled as unsuccessful for Hamilton and, whilst Bottas knows there are tracks in the calendar where he has the upper hand over his team-mate, the next few venues will be indicative in proving whether or not he can be involved in a season-long battle for the championship.

Hamilton has the historical advantage over Bottas at Spanish Grand Prix, qualifying and finishing ahead of the Finn in 2017 and 2018, taking the win on both occasions.

The two wins Hamilton has at the Monaco Grand Prix might not rival some of his more successful events, but it's a venue at which he's rarely looked weak. He had the advantage over Bottas at last year's race, but spent the majority of the 2017 race trying to make up for an out-of-place qualifying position.

Hamilton's lack of front-running pace at last year's Canadian Grand Prix came as a real surprise, given his affinity with the Circuit de Gilles Villeneuve. Bottas will be hoping to repeat last year's feat of finishing ahead of the six-time Montreal winner and cement his championship credentials.

There may still be seventeen races to go, but if Bottas can start delivering results on 'Hamilton tracks', then he could well be the saving grace for the drivers' championship, should Ferrari fail to make up for lost ground.

Do you think Bottas can maintain a challenge for the drivers' championship? Leave your thoughts in the section below.

Explained: The tiny margin that cost Raikkonen his grid position