De Ferran outlines how he will help McLaren 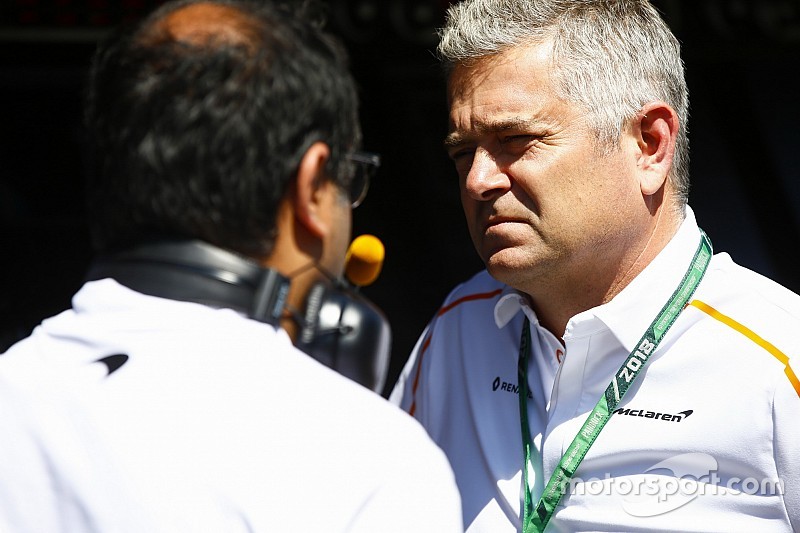 New McLaren sporting director Gil de Ferran says he will use his personal philosophy of self-improvement to help the beleaguered Formula 1 team recover from its poor start to 2018.

The 2000 and '01 Champ Car champion, who was briefly the sporting director of the previous Honda F1 team of the mid-2000s, was appointed by McLaren following Eric Boullier's resignation in the build-up to the British Grand Prix.

De Ferran believes he can use the fastidious process of self-criticism and self-improvement that helped him be a successful driver to help McLaren recover from the serious aerodynamic problems that have blighted its season.

"The success I had behind the wheel and any success I have as a business man, I think came from really trying to understand what my weaknesses were," de Ferran explained.

"I realised very early on in my life that success never comes alone - you don't have success by yourself.

"Very few people are able to achieve many things in life by themselves, most of them are part of a team.

"So knowing how to get a team together, working together and getting people to feel focused and motivated and really understand where they are going, and truly engage really - because the best ideas I think come in the middle of the night when you're thinking about all the good stuff for the next day.

"This is how I personally operate, and this is really the philosophy I'm bringing to my job.

"Originally as an advisor to Zak, that's how I was looking at things. And I'll continue to do this but with more responsibility."

De Ferran said he is "personally more prepared, wiser, more experienced" from the 11 years that have passed since he last worked in F1 and, having also run his own team in the American Le Mans Series, feels "ready for the challenge" of helping McLaren.

"It's clear to me that the team has a lot of talent," he added.

"Up and down, wherever I look, you see smart guys, guys that have been here for a long time, other guys that are younger and newer, but there's certainly a lot of talent and a lot of brainpower.

"I think the key area here is communicating, having clarity in certain things, and I think that will help going forward."

De Ferran refused to predict when McLaren would begin making serious inroads into its aerodynamic problems, but described the Silverstone weekend as "a bit of a step forward in competitiveness".

"The midfield is kind of tight, but we are a little bit closer to the competition," he added.

Live: Follow the British Grand Prix as it happens