Over the years much was been written about the 1994 San Marino GP, but one story has rarely been told, and it concerns the bravest man at Imola that weekend.

During qualifying on Saturday afternoon, David Brabham drove past the wreckage of teammate Roland Ratzenberger's car, and he was devastated to learn later than the Austrian had died.

"I remember coming around the first corner and seeing bits of bodywork on the ground," he recalls. "As soon as I saw them I immediately thought it was Roland. By the time I got there the ambulance had arrived.

"I can remember looking back at the car and seeing the way his head was positioned, and what his visor looked like. I immediately thought he was gone, there didn't seem to be any life in the car."

Confirmation of the tragic outcome came shortly afterwards, leaving everyone in the Simtek camp in a state of shock.

Often in similar circumstances a team has withdrawn from the following day's event, due to a combination of factors such as the emotional well-being of the team and the other driver, doubts over potential mechanical issues, or indeed simply as a mark of respect.

However, the following day the Australian broke with precedent and made the bold decision to take part in the race in an attempt to lift the grieving team – only to suffer a car failure that could have had its own devastating consequences.

It's true that Damon Hill took the Imola restart shortly after his teammate Ayrton Senna's accident, which also took some courage. However, the full consequences for the Brazilian were not yet clear, and nor did his Williams team suspect that there had been a failure that might be replicated on Hill's car. It was more or less a case of business as usual, let's get on with the race. 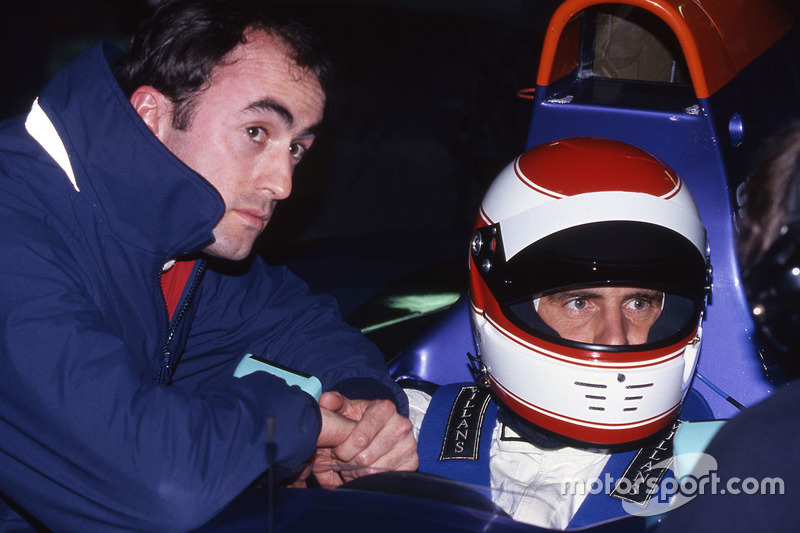 Hill himself acknowledges the extraordinary fortitude that Brabham showed that day as he committed to racing for the Simtek team.

"David's experience has been largely overlooked because of the Ayrton follow-on," said Hill. "He went out in the car on Sunday morning in the warm-up after his team mate had been killed, and tried to bring people back to the job in hand.

"He played an enormous part in trying to refocus them onto something more positive. It's too easy to forget what happened down at Simtek, and what the experience of all those guys was. It was completely overshadowed."

As noted, precedent suggested that after a fatality in qualifying the team involved would withdraw. It had happened previously with BMW at the Nurburgring in 1969 (after the death of Gerhard Mitter), with Lotus at Monza in 1970 (Jochen Rindt), with Tyrrell at Watkins Glen in 1973 (Francois Cevert), and with Ferrari at Zolder in 1982 (Gilles Villeneuve).

However, in Simtek's case, on the Saturday evening the question of whether Brabham should race or not was left open.

"To be fair to the team I don't think any of us knew what to do," Brabham recalls. "There were so many emotions flying around that you couldn't control. That night the team said it's entirely up to you if you feel like driving or not. Obviously, my biggest concern was the safety of the car."

It was apparent that the front wing had come off Ratzenberger's car, although the precise cause was not clear.

However, it was suspected that bolts that held the wing to the bottom of the nose could have worked loose, possibly as a result of a kerb-striking incident.

That evening the team worked to modify the wing on Brabham's car. Previously the four bolts just went up into the bottom of the nose. 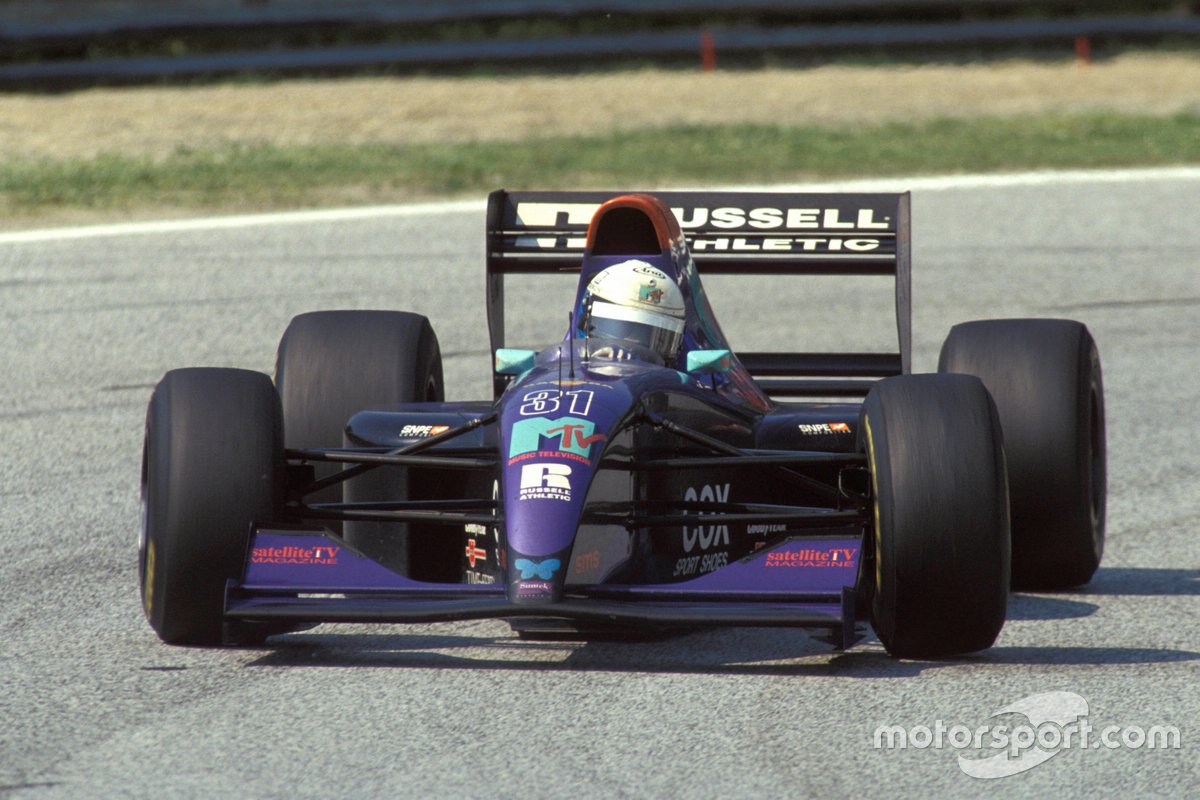 Instead, bigger and longer ones were used. They went through the carbon of the nose, and substantial nuts and washers were then attached on the other side, along with an aluminium plate, to make it all but impossible for them to come adrift. More plate was placed under the wing.

"I felt that we had to just be whiter than white," says Brabham's race engineer Rod Nelson.

"I went to Charlie Whiting and said we intend to do this that and the other, we want to race tomorrow, and all the rest of it, and showed him what we were doing. It wasn't in reaction to any failure that we were aware of. It was I'm going to do the maximum to make this car as safe as I possibly can."

"[Team boss] Nick Wirth assured me that they had reinforced the front wing to make sure that there was no problem whatsoever," says Brabham.

"And I said the only thing I can do is do the warm-up and see how I feel, and if I didn't feel right, then I wouldn't race.

"We were relatively fast in the warm-up. I don't know if they put me on empty tanks or whatever, but our pace was better than it had been up to that point.

"I came into the pits and I noticed that the dark clouds had turned light grey, and it felt like the team had lifted slightly. I just felt I've got to race, I've got to race for them, I've got to help get them through the situation. And I felt that was an avenue of doing it."

After the Senna red flag and restart, Brabham was running 17th when TV pictures showed him parked at trackside at the last corner chicane on lap 23.

The retirement went down in the history books as an "accident," but the true story did not emerge at the time. He'd actually suffered a catastrophic steering failure, and had it occurred in the middle of fast corner, the consequences could have been dire. 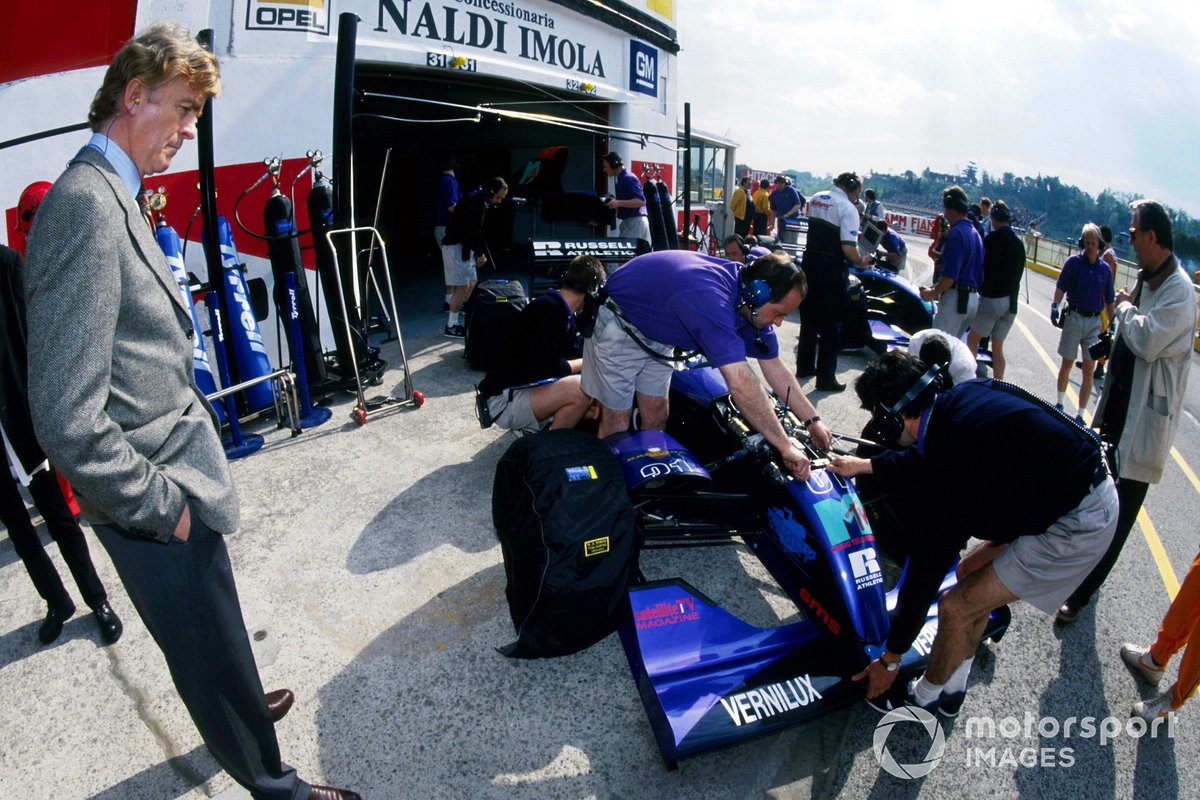 "He went to go right at the flick where Rubens [Barrichello] had his accident on the Friday and the car went straight off," says Nelson.

"He thought that he'd lost the front wing, because he turned in and nothing happened. In fact the UJ joint in the steering broke. There was no connection between the steering column and the rack. So he was pretty wound up about it all when he came back."

"For some reason it was between the corner before the chicane and the chicane," says Brabham.

"It actually broke on the straight. By the time something like that happens your brain is just completely fried, you just don't know what's going on. It puts you in such a different place... Not that I blamed the team at all. We were a new team, and things happen.

"But like I said before, I only did it because I needed to pick the team up. We did the warm-up and everyone felt only slightly better, but at least it was in the right direction. And that's why I raced. But I came away from the weekend feeling lucky that I got out of there alive..."

In the spring of 2014 Brabham returned to Imola, in company with Hill, to film a Sky F1 feature on the 20th anniversary.

"It was a heavy day. All those emotions start coming back, and you start reliving those moments, and it has an effect on you. You move on, life happens so fast, and it was a long time ago.

"But going back there changes the way you feel, no doubt about it, particularly standing on the spot where Roland stopped." 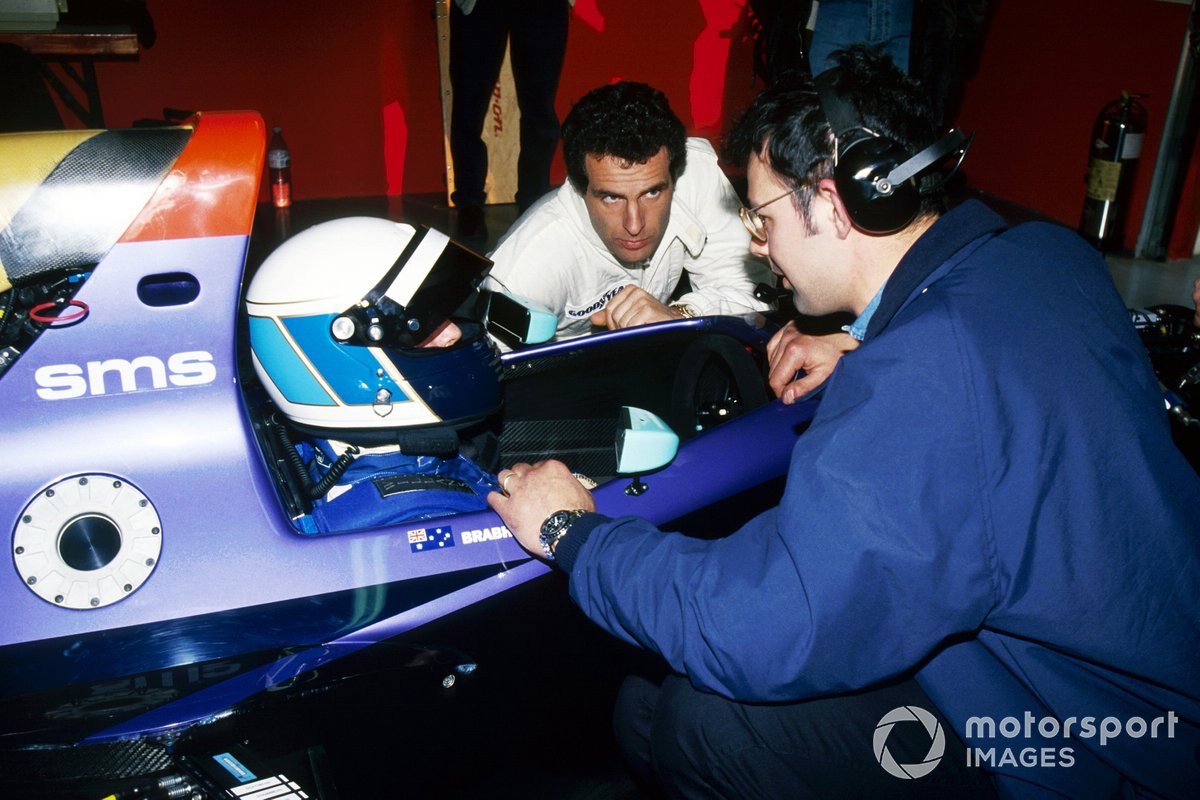 Ricciardo in "a little bit of shock" after "grim" Q1 exit

Why the Brabham legacy has entered the sim racing arena

How Panoz hired David Brabham What could have been: How Panoz almost missed out on its talisman