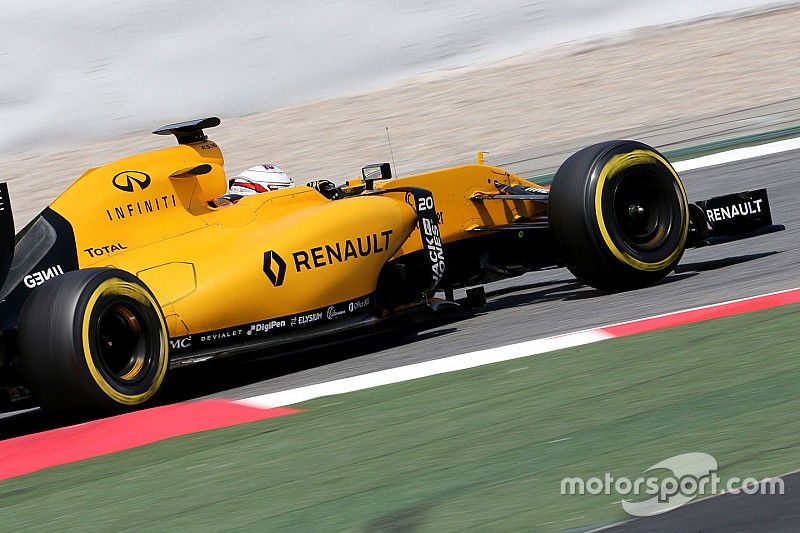 Renault had worked hard to get the revamped engine ready for both its teams this week – with it being viewed as a platform for a much stronger second half of the campaign.

All the drivers that tried it were impressed with the feeling of the extra power and improved driveability – but were mindful that the true scale of any step forward would only come from telemetry.

Now Renault technical director Bob Bell has confirmed that the improvements have verified with data – which has left him encouraged about what will be delivered when it races for the first time.

“The engines are all instrumented so we know what we are looking for and we can confirm all that through data,” he told Motorsport.com.

“The engine appears to be delivering what it said on the tin – and we would have been surprised if it didn't. All the signs are that the engine upgrade is doing what we thought it would do.”

Sources have previously suggested that the engine could be worth up to four tenths of a second around a typical lap – which would have been enough to lift Red Bull in the mix with Mercedes at the Spanish Grand Prix last week.

When asked if that four-tenths figure was accurate and what Renault itself was predicting, Bell said: “Yeah. I think we are hoping to see several tenths of improvement with it. And to be honest – it is not much of a gain if it isn't [that much].”

The engine had originally been timetabled to make its appearance at the Canadian Grand Prix, but the scale of its improvement has now prompted a push to get it ready for Monaco.

A final decision on that front has not been made yet, and Bell admitted there were some complications about the state of readiness to get an all-new power unit working there.

“It is more a question of just being sure that we have got the engine in a good state to race it,” he explained. “It is not a matter of just turning up with a mechanical lump.

“It all has to be mapped properly and it has to deal with all operational circumstances because, with these V6 engines, there are a lot of conditions with which you have to make sure the engine is mapped properly for.

“Monaco has some particularly unusual ones: quite low revs, and you need to make sure the engine is all good for that. It is just about making sure that the engine is absolutely the way we want it to be.”

Bell said the lessons of last year, when Renault was criticised for its final 2015 upgrade not delivering what was expected, has actually made it cautious about rushing this new power unit through.

“There was a lot of fuss at the end of last year when Renault introduced the final spec of the 2015 engine,” he said.

“There was criticism that it didn't deliver what it said it would do, and we want to make absolutely sure this year that certainly for the works team – and it is true for Red Bull as well – that when we say we deliver an engine that will do this, that it does do that.

“We would rather take a little bit longer and be absolutely sure it is what we think it is. That is only having enough hours in the day to get through all the work. There is nothing else: no other reason.

“But we are optimistic that after the test we will have the engine signed off in good shape and we should be able to introduce whenever we feel it is appropriate to do so.”

Wehrlein in no doubt he is ready for Mercedes F1 drive