DAS not a "game-changer" for Mercedes at Nurburgring 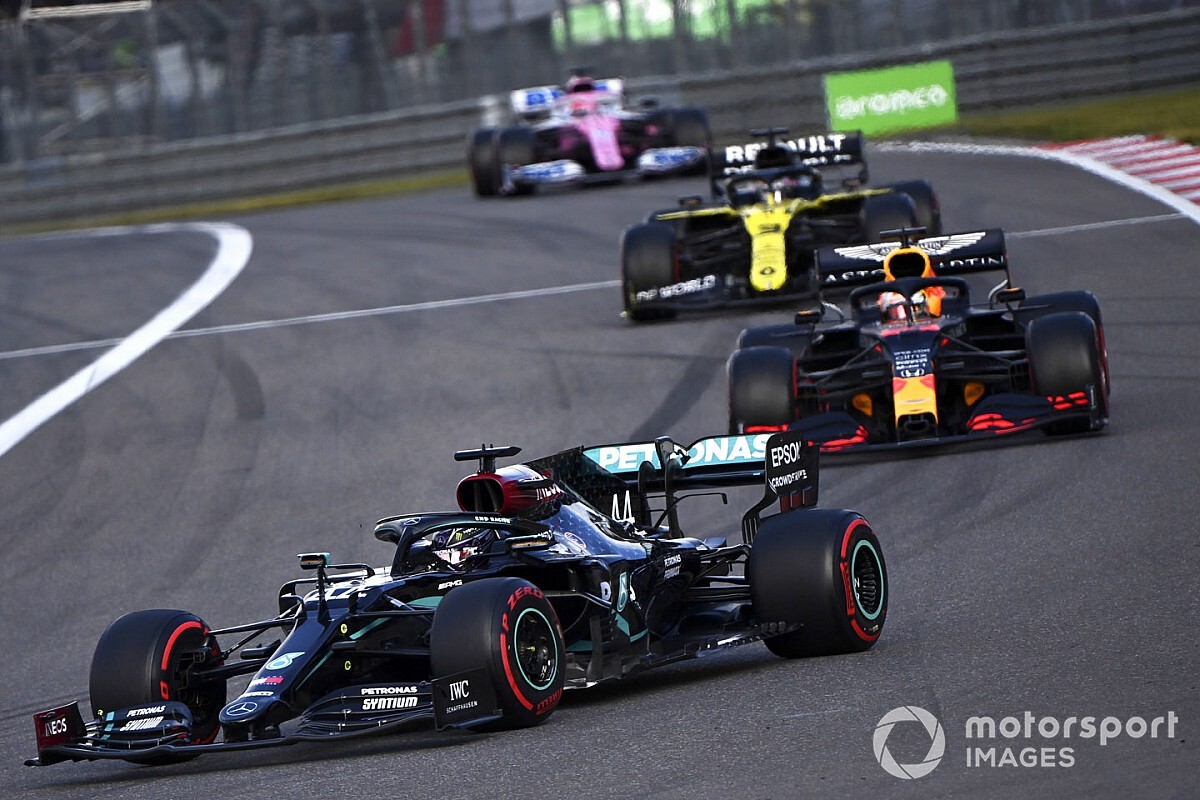 The Nurburgring offered one of the coldest races in recent history as the air temperature did not exceed 8ºC, while track temperatures only rose as high as 17ºC.

It left drivers struggling to get their tyres up to temperature in the early part of the race and following a lengthy safety car period in the closing stages.

Mercedes' Lewis Hamilton was heard asking for the safety car to come in to prevent the tyre temperatures dropping any further, with Red Bull's Max Verstappen making a similar request.

Mercedes has benefitted from DAS on its cars this year to assist with tyre warm-up, having debuted the innovative device in pre-season testing.

But Mercedes team principal Wolff said DAS had not been a game-changer in ensuring Hamilton did not suffer from as severe tyre warming issues at the front of the field.

"You can see that the Red Bulls, Max particularly, were very good in sector one," Wolff said.

"So their warm-up and whatever they did was better than ours, but over a lap obviously we gained the time back.

"The DAS helped a little bit. It's not the game-changer, the silver bullet like everybody believes.

"But it is a good tool to keep a little bit more heat in the front."

Hamilton was able to take the 91st victory of his F1 career at the Nurburgring, but revealed after the race he had struggled to maintain the gap to Verstappen after each of his pit stops due to the cold conditions.

"The race was incredibly difficult with conditions being so cold, the restarts," Hamilton said.

"The tyres were not working for me, particularly when I came out after the pit stops. I had a good gap to [Max] but then [he] nearly had me, [he was] catching me and I was struggling so much on the newer tyres.

"Then we got the safety car. I don't know why it goes so slow, but maybe it's because everyone has got to catch up, whatever it was."

FIA race director Michael Masi explained after the race that the safety car had been kept out for so long in order to let the lapped cars unlap themselves, with all drivers up to fifth place being waved past

How F1's all-time wins record has been pushed ever upwards

Tsunoda set for F1 test debut at Imola next month